Quebec wants to throw out 18,000 skilled-worker applications as part of immigration overhaul

The Coalition Avenir Québec government is planning to throw out a backlog of 18,000 applications from skilled workers who want to come to Quebec, and make a host of other changes to the province's immigration laws, emphasizing French-language skills and regional labour needs.

In tabling Bill 9 Thursday, Quebec's Immigration Minister Simon Jolin-Barrette said the goal of the proposed legislation is to start fresh with a more "personalized" policy that addresses the worker shortage.

"We want to give the chance for anybody, from anywhere around the world, to come to Quebec. But what we say is: 'Come work in Quebec, but you will have to learn French and have the knowledge of Quebec values to be there forever," Jolin-Barrette said at a news conference.

At one point, he described the province's new approach as the "Tinder of immigration," a reference to the popular dating app.

He described Quebec's current system as first come, first served, instead of being based on the needs of the labour market.

"Now we are changing that. We are taking the profile of the candidate with the jobs that we need. So we make a match."

Bill 9 includes an amendment to the Quebec Immigration Act to "clarify" its goals, including ensuring that immigrants learn French and integrate the "democratic values and the Quebec values expressed by the Charter of Human Rights and Freedoms."

It also gives the immigration minister the power to impose conditions on "foreign nationals" seeking permanent residency status, to ensure they are meeting, among other things, regional labour needs, as well as the province's "linguistic, social or economic integration."

The bill doesn't, however, offer specifics on how that would be done. Experts have questioned whether a values test, one of the Coalition Avenir Québec's key campaign pledges in the last election, would be legal under Canadian law. 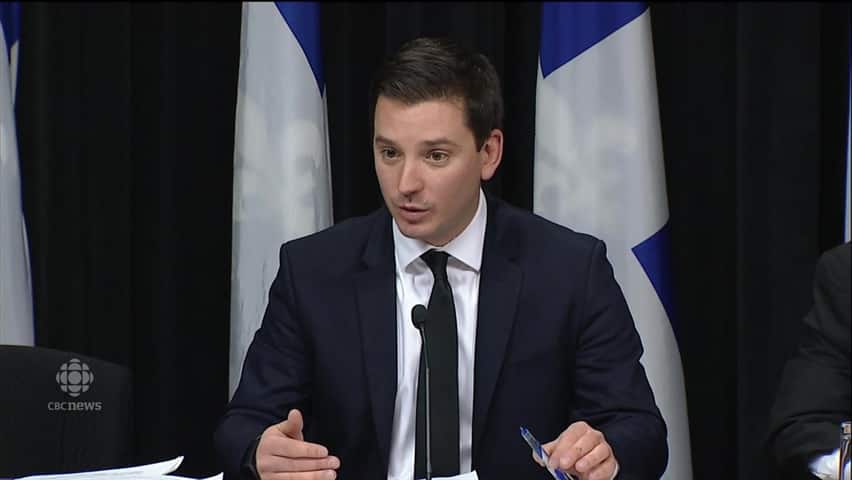 Simon Jolin-Barrette on the CAQ's 'Tinder of immigration'

2 years agoVideo
0:26
Quebec's immigration minister says the goal of Bill 9 is to make a more 'personalized' policy that addresses the worker shortage, instead of dealing with applicants in the order that they applied. 0:26

Applicants to get their money back

Under the bill, titled, "An Act to increase Quebec's socio-economic prosperity and adequately meet labour market needs through successful immigrant integration," any application prior to Aug. 2, 2018 will be made void.

The 18,000 applicants still waiting for an answer — some of whom applied as long ago as 2005 — will have the cost of their applications reimbursed, at a total cost of roughly $19 million, Jolin-Barrette said.

"The message from the government is extremely negative," she said.

The bill still needs to be voted into law by the National Assembly, where the CAQ hold a majority of seats.

The CAQ's pledges to cut back on the number of immigrants and to introduce a values test for new arrivals were a centrepiece of last fall's election campaign.

The government already tabled a plan last December to reduce the number of immigrants Quebec accepts this year to 40,000, down from more than 50,000 last year.

The immigration cuts have raised concerns from businesses that are already dealing with a labour shortage.

The changes proposed Thursday were welcomed by a number of lobby groups, including the Conseil du patronat du Québec.

Yves-Thomas Dorval, the head of the employers group, said his organization is pleased to see the province put greater emphasis on the "needs of the labour market," particularly outside of large cities.

However, Luis Miguel Cristancho, executive director of  Bienvenue à Notre-Dame-de-Grâce, a non-profit agency that helps newcomers integrate into the western Montreal neighbourhood, said simply jettisoning 18,000 immigrant applications will be devastating for many of those people who have waited years for an answer from Quebec.

As for other parts of the bill, Cristancho said he's still trying to find out what the changes will mean for new arrivals.

He welcomed any additional resources that would help newcomers integrate, to make sure they are ready to enter the work force, especially if they settle outside Montreal.

But he said he wants to know more about how exactly the CAQ government plans to ensure immigrants adopt "Quebec values."

With files from Colin Harris, Sudha Krishnan and Cathy Senay