A new way to experience history: that's the goal of Cité Mémoire.

For the next four years, the trees, buildings and cobblestone streets of Old Montreal will be lit with a series of projections inspired by the history of the city. 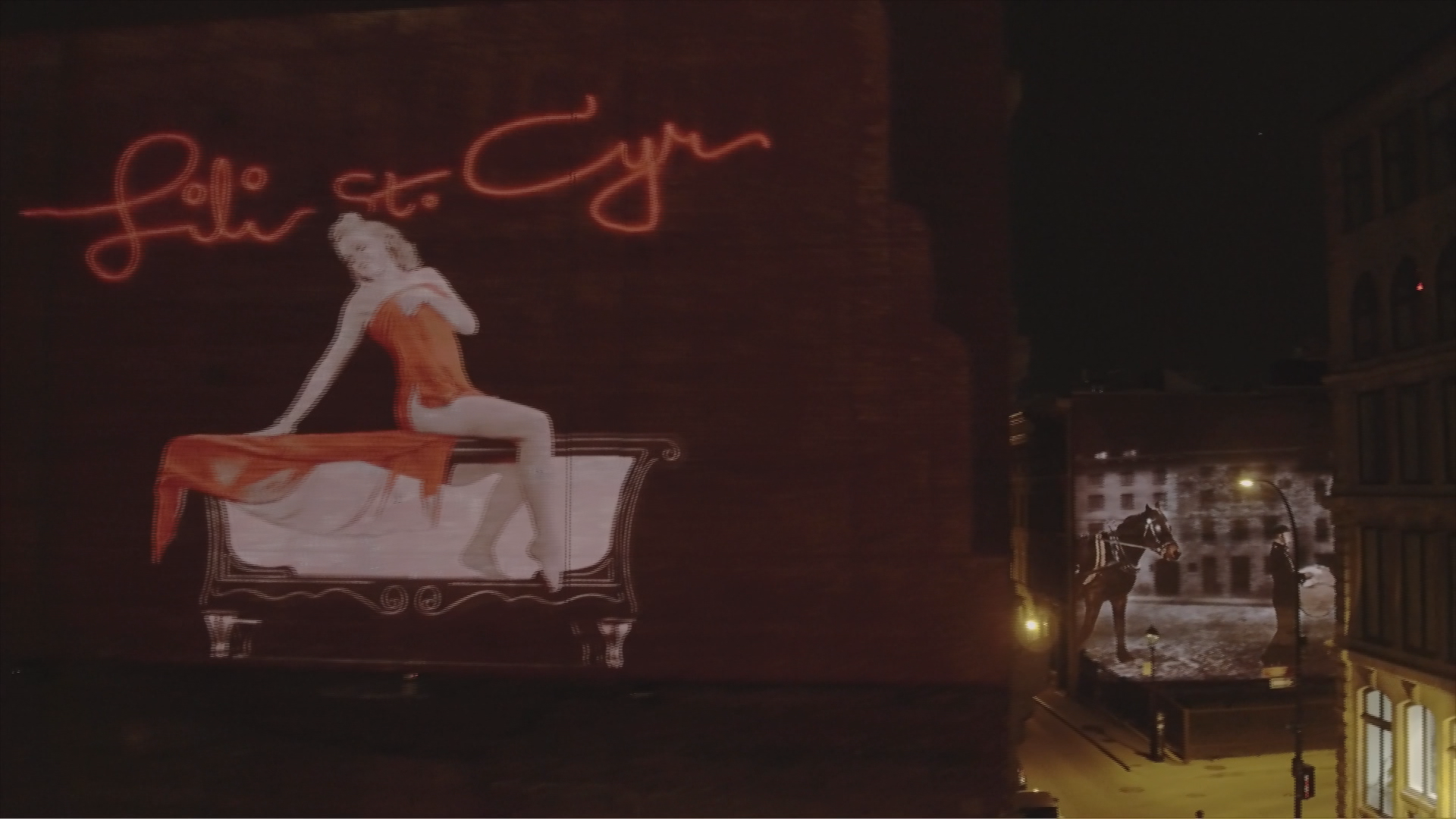 5 years ago
1:59
For next four years, buildings, streets, trees of Old Montreal become the backdrop for a new way to experience the city's history. 1:59

"We're talking about these people that created and dreamed Montreal. We're telling their story. And we're telling the story through these characters that sort of emerge through the stones," said co-creator Victor Pilon.

Jackie Robinson, the first black professional baseball player, hits a ball and runs toward the viewer in his Montreal Royals uniform.

Another projection tells the story of Montreal's moving day, called like a hockey game with Maurice Richard and his wife and family racing up and down Montreal staircases with their sofa and kitchen table.

In what is described as the largest such installation in the world, the images are screened from 80 projectors located on the rooftops of buildings in Old Montreal.

5 years in the making

Pedestrians walking through the area at night use a free app on their cell phone to conjure them up.

Michel Lemieux and Victor Pilon have been working on the project for the past five years.

"It's a tremendous challenge to install in Old Montreal. We needed the permission of the owner of each building to use these walls," said Pilon.

Some images are so vivid that spectators find themselves tiptoeing on the cobblestone through the apparition of a flowing river, meant to evoke the Algonquin creation myth.

Joe Beef, the Montreal tavern owner now famous as the name of one of the city's best restaurants, also figures in the series. His funeral is another story told in Cité Mémoire.

Twenty scenes are being projected now – including a tribute to Leonard Cohen's Suzanne on the clock tower in the Old Port.

Four more are to be added next year on May 17, the 375th anniversary of the founding of Montreal.