Even if outbreaks are more contained than during the first wave, seniors in CHSLDs — who are especially vulnerable to developing complications and dying from the disease — are being hit hard once again this time around.

Quebec Health Minister Christian Dubé says he hasn't been sleeping well lately, as he fights to prevent a repeat of the crisis the province's long-term care homes faced last spring.

"I feel very responsible," Dubé said. "If there is somebody right now who is responsible, it is me."

The minister said his mandate, since taking the job in June, has been to protect the elderly living in CHSLDs and avoid the high number of cases and deaths that took place in the first wave.

Even if outbreaks are more contained than during the first wave, seniors living in CHSLDs — who are especially vulnerable to developing complications and dying from the disease — are being hit hard once again this time around.

At a news conference Thursday, Dubé said there are 320 cases of COVID-19 in 40 CHSLDs in Quebec. That's compared to roughly 2,700 infected people in the first 50 days of the first wave.

"I would like this to be zero," Dubé said.

With cases at a high plateau of about 1,000 per day, Premier François Legault said it's likely the province will have to maintain many public health restrictions currently in place in red zones past Oct. 28.

Of the 1,033 new cases of COVID-19 reported Thursday, about 100 were in CHSLDs and 70 were in private seniors' residences, where residents are far more independent, Dubé said.

Four of those 40 CHSLDs were considered high-level outbreaks.

The government sent teams of infectious diseases specialists to the following homes:

In the case of CHSLD Lambton, Dubé said teams arrived after the outbreak had subsided — which some specialists say was far too late.

WATCH | Quebec premier says decision about what will reopen in red zones coming next week: 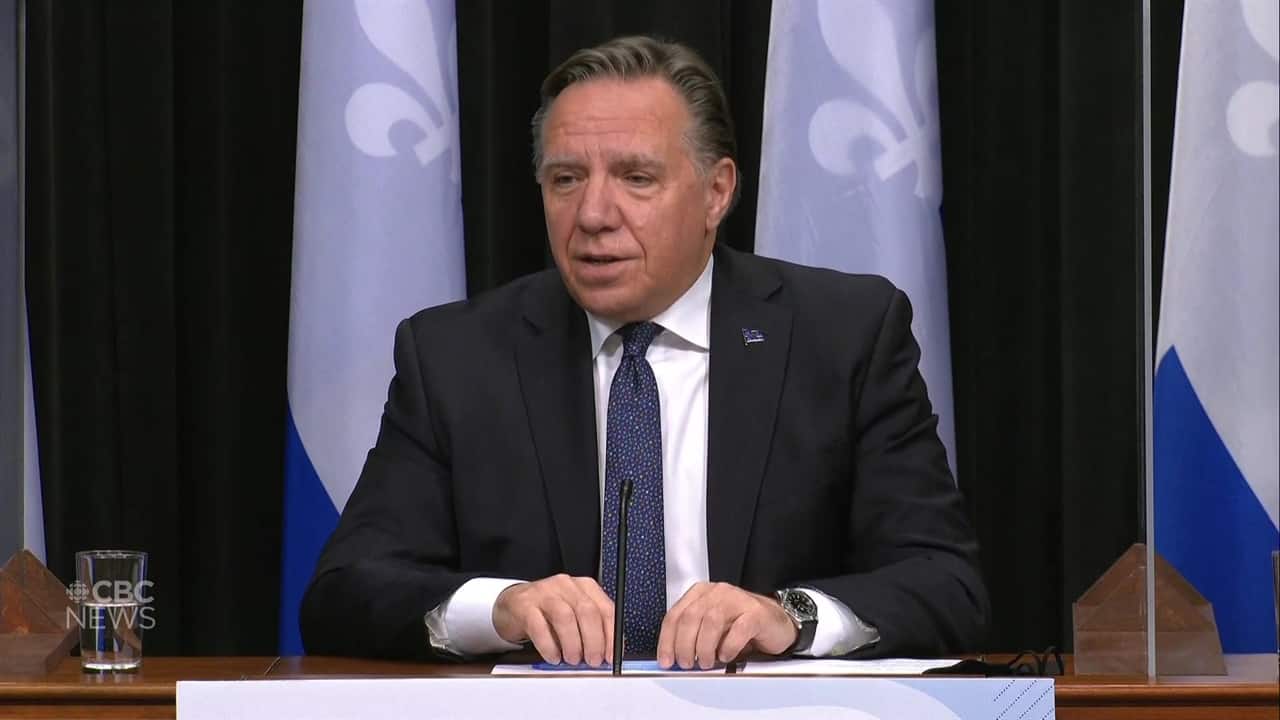 4 months ago
0:22
Restaurants, gyms and other businesses closed on Oct. 1 in the province's red zones. It's still unclear what will be allowed to reopen. 0:22

"Sending SWAT teams to CHSLDs when there are more than 50 per cent of affected residents is simply too late," Nguyen said.

"Outbreaks of this magnitude in CHSLDs should no longer occur, now that clear procedures on the measures to be taken are known," he said.

Nguyen pointed out that vigorous measures were put in place for the entire population starting on Oct. 1.

"We didn't wait until hospitals were full and intensive care beds were overflowing to do so," Nguyen said. "We have to ensure measures are in place as soon as the first case hits."