Three students in 3D animation are sure to get a perfect grade after a video depicting an eagle snatching a toddler in a Montreal park went viral and generated discussions around the world. 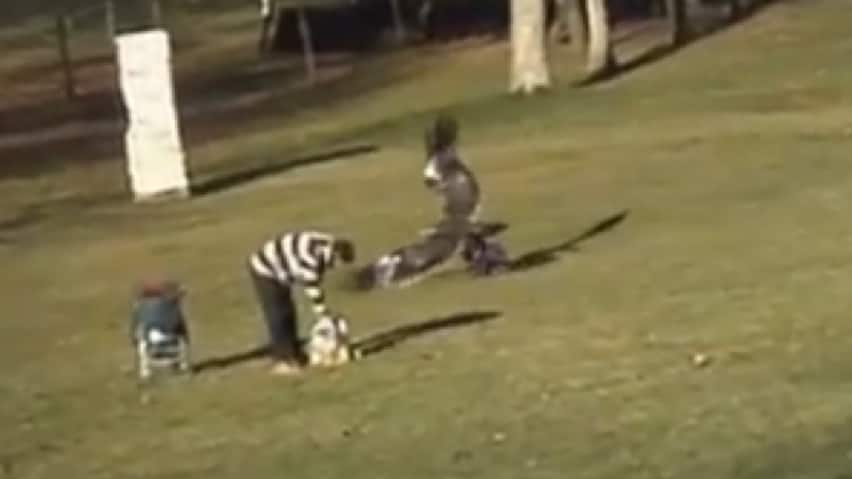 Three students in 3D animation are sure to get a perfect grade after a video depicting an eagle snatching a toddler in a Montreal park went viral and generated discussions around the world.

The video "Golden Eagle Snatches Kid in Montreal" shows a large bird swooping down from the sky above Mont Royal Park and pick up a child with its talons. The bird travels several metres before dropping the toddler and flying away.

The camera then zooms in on the child, who is crying but seems to be uninjured.

The video garnered over five million views in one day.

Archambault said his team came up with the perfect equation to get people to talk about their work.

"We brainstormed some ideas of what is viral online," said Archambault. "Everything that is animal related and baby related are super popular so we tried to bring both together and make something extraordinary that wouldn't happen every day."

The video took the students 400 hours to create.

The school grades the project according to the amount of views each video receives. Videos that exceed 100,000 views get a perfect score.

Centre NAD's production simulation workshop has gained attention for other hoax videos in the past, including one of a penguin appearing to escape from the Montreal Biodôme.

David Bird, a McGill University professor of wildlife biology, had said earlier that he doubted the video's authenticity.

Bird said he has never heard of an eagle grabbing a child.

"The public has nothing to fear from bald eagles in that regard of picking up their babies, and for that matter, even their pets."

Several people in online communities had guessed that the video was a hoax created using computer-generated images.

This is the second time in the past few days the public was fooled by a Montreal-based hoax.

Last week, CBC's satirical radio show This is That tricked Canadians with a fictitious story about a proposed bylaw requiring dogs to be trained to understand commands in French and English.