When Sherbrooke resident Eric Leclerc saw how much his dentures were going to cost, he considered remortgaging his home. Then he went to a clinic in Cuba.

Think twice before getting work done on tropical vacation, says president of order 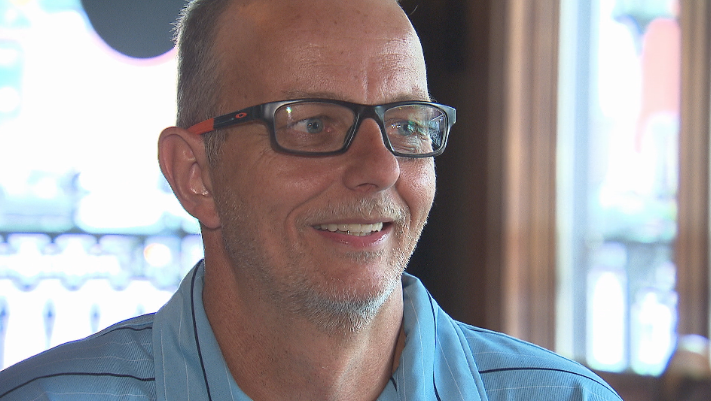 6 years ago
Duration 0:44
For 325 Cuban pesos, or around $400, Éric Leclerc was told he could get the same dentures available in Canada for less than a quarter of the price. Even factoring in the cost of the flight and resort, his total bill for the dental work would come to $1,800.

When Sherbrooke resident Éric Leclerc saw how much his dentures were going to cost, he considered remortgaging his home.

It had been seven years since he lost most of his teeth, and he dreaded the idea of going through the rest of his life without them: struggling to eat, talk and smile.

Not being able to smile was particularly hard on Leclerc and his family.

"I've got old pictures, you look at them, and people think I'm sad all the time. But I'm not," he said.

So when he was web-browsing before heading on a family trip to Cuba, his eyes locked on a post for cheap dental care from a clinic close to the resort where he was booked to stay.

Implants for a quarter of cost

For 325 Cuban pesos, or around $400 Cdn, he was told he could get the same dentures available in Canada – for less than a quarter of the price.

Even factoring in the cost of the flight and resort, his total bill for the dental work would come to $1,800. So Leclerc decided to try.

He landed in Cuba in late May and walked just a couple of minutes from his resort to the dental clinic set up especially for tourists. He recognized the accents of most of the people in the waiting room.

"I'd say 75 per cent of customers were Canadian. Most of them were French-speaking Quebecers," he said.

As far as Leclerc can tell, his denture implant went well.

The work was completed, he went back to the resort, and smiled for a picture for the first time since he lost his teeth.

Leclerc describes his experience as very positive and said he could see no difference between the Cuban clinic and a clinic in Quebec.

In 2014, 284,600 Canadian travellers indicated "medical or health treatment" as one of their reasons for travel.

Research by Patients Beyond Borders shows Mexico is the most popular destination for Canadians looking for elective procedures such as dental work. Others travel to Costa Rica, South America and India.

Barry Dolman, the president of Quebec's Order of Dentists, says the number of people partaking in dental tourism has grown because of people are finding reviews of these clinics on tourism-related websites

However, Dolman is warning against accessing dental care in countries such as Cuba, which don't meet the standards of the International Society of Dental Regulators.

He said in some countries, because of less taxation, fewer tariffs and cheaper rent, some dental services can be offered more cheaply.

But in Cuba, the educational requirements to become a dentist aren't the same as in Canada. There's also no accreditation system –  nor is there any official recourse should surgery go poorly.

"It's the patient who will pay in the long-term," Dolman said.

With files from Brigitte Marcoux