She spends nearly every waking minute in the waters off the Costa Rican coast, but it breaks her heart to see the amount of plastic that contaminates the very waters she's come to love. So the young Montrealer decided it was time to do something about it.

'Plastic is a disease,' says 25-year-old Charlie Wade who hopes to empower people on their zero-waste journey

About four years ago, a young Montrealer headed down to Costa Rica for a little sightseeing adventure with friends and quickly fell in love with the rainforests, beaches and way of life in Central America.

Though she only had a couple of hundred dollars to her name, Charlie Wade, now 25, decided to stay and learn how to live off the land, spear fish, speak Spanish and open coconuts with a machete.

Soon, other travellers were asking her to show them her ways and her first company, Sundara Tours, was born.

She guides ecotourists to off-the-beaten-path, secret locations where she teaches them how to camp, spear fish, surf, recognize edible plants and climb tropical trees — something Wade never saw herself doing while growing up in Canada.

Though she was a competitive swimmer in her teens, she always had a fear of the ocean.

Now she spends nearly every waking minute in it — but it breaks her heart to see the amount of plastic that plagues the very waters she's come to love.

"Plastic is a disease," she said. "I see it everywhere now."

Sickened by the sights and realizing she herself was guilty of using takeout containers and single-use bags all too often, she decided to do something about it by creating compact, portable kits that are loaded with bamboo cutlery, collapsible bento boxes, beeswax food wraps, plant-fiber napkins, cloth sacks, borosilicate glass straws and more.

The kits also include a large, sturdy grocery bag made of recycled plastic that has been pulled from the sea.

"I want people to feel like they are their own hero, in their own life and for this larger organism that we are all apart of," she said.

Wade, smiling brightly, described the kits she designed as "clown cars" because they carry so many different tools that people can use in place of plastic products. All the tools come in a neatly organized hemp-fabric case that zips up for easy portability. 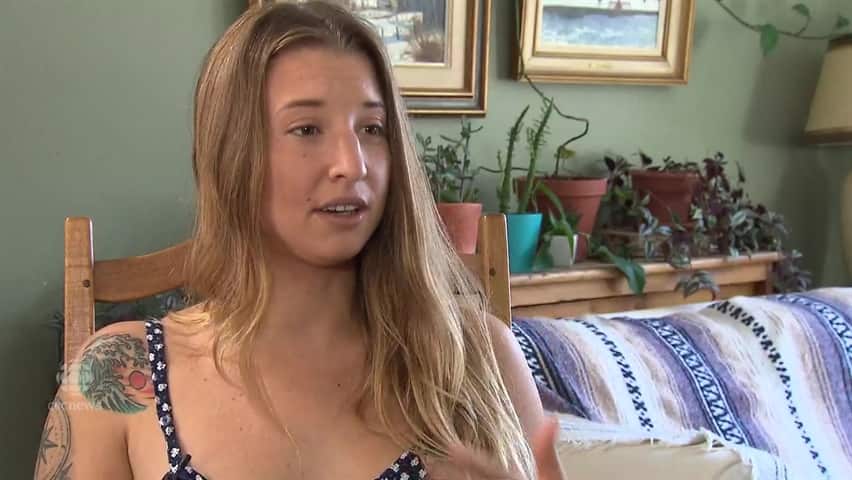 Montrealer creates eco-kits to reduce use of plastic

If enough people are equipped with the kits, she hopes it will help stem the tide of plastic that has become an environmental catastrophe in many parts of the world.

Her aim is to work with companies, Canadian companies whenever possible, that employ environmentally sustainable harvesting and manufacturing practices.

She's spent months doing research, ensuring no producer she partners with is "greenwashing" the public in an effort to profit off the growing movement toward greener lifestyles.

The bamboo cutlery she imports from Thailand comes from sustainable farms, though she admits she has had to do a bit of quality control herself, hand-sanding some rough spots on the thousands of custom-stamped forks, knives and spoons.

She calls her company Keep Gaia Wild, named after what, in Greek mythology, is the mother of all life — the primal Mother Earth.

Wade got the project off the ground with the help of her parents who, still living in Montreal, have been supporting her venture that launched a successful Kickstarter campaign back in December.

She raised more than $20,000 in about a month and has been hard at work since.

Soon she'll be sending out the kits, which start at about $50, to all who supported the crowdfunding campaign and she'll begin stocking some beach-side boutiques in Costa Rica.

She hired her mother and her mother's wife, who own a web design company together, to help get her website up so people can order the kits online. Wade's father has been backing her efforts as well, providing the extra support she needs to lift the budding business off the ground.

"A business venture is cool, but there's a mission in mind here," said Wade. "Is it going to solve the world's problems? No. It won't. But I think it's a good step in the right direction."

Empowering individuals to make a difference

Wade said she wants to empower individuals to make a difference — to give people everything they need to stop using plastic — plastic, she said, that always seems to make its way into the ocean no matter where it's disposed of.

"People are overwhelmed. They don't know where to start, but they know it's an issue," she said. "At least if these kits get out there, people can feel good about their step forward."

She wants to bring the world back to her grandmother's youth when plastic wasn't encasing or wrapped around everything people bought, she said.

"The issue right now is our over-consumption of plastic."

With these kits, she said, "people can actually make a difference."

Isaac Olson has been a Montreal-area journalist for more than a decade. Follow him on Twitter: @Isaac_J_Olson