Charbonneau commission report: A deeper look at the recommendations

Take a closer look at some of the Charbonneau commission's key recommendations and why they matter in the fight against corruption and collusion.

After four years of investigation, examination and testimony, the province's commission on public contracts and the construction industry has delivered 60 recommendations to the Quebec government.

Take a closer look at nine of the key recommendations and why they matter in the context of combating corruption and collusion:

The commission recommends creating a new body to oversee the awarding of public contracts, which would supervise the process, identify issues related to fraud and collusion and intervene when required. This new central body would be made up of existing resources within the provincial Treasury Board, the Ministry of Transport and the Ministry of Municipal Affairs.

Why: The commission found a number of vulnerabilities in the system that opened the door for collusion and corruption, including the autonomy of those involved in the contract-awarding process, a lack of internal expertise and an inability to analyze the market properly and identify misspending.

The commission recommends the province improve protection provided to those who alert the authorities to wrongdoing, including shielding a whistleblower's identity, following that person through the process and offering financial support, if appropriate.

Why: Some whistleblower protections are already codified in Quebec's labour laws and the Act to Combat Corruption. However, the commission said, these are often industry-specific and don't go far enough to ensure whistleblowers are protected fully from professional, personal and financial reprisals.

The commission recommends changing the law to reduce the percentage of a company which a shareholder must represent to be considered a leader of that corporation. Reducing that figure to 10 per cent  from 20 per cent would subject smaller players to the business's integrity evaluation.

Why: The commission heard evidence showing some construction companies are controlled by a complex system of shareholders. While permitted, the commission found it makes it difficult for regulators to oversee all the parties involved in the company.

The commission proposes changing the electoral law to compel political parties to disclose the professional expertise of its volunteers. This would be disclosed in the party's annual financial report and its return of election expenses.

Why: The commission heard from several witnesses, highly paid professionals, who played a role in generating significant contributions for political parties. At least one of those witnesses said he was in turn reimbursed by his employer for the time he spent volunteering for the party. The commission points out that currently, there is no requirement to report on the value of this volunteer service.

The commission recommends that all donors to a political party or candidate at the provincial or municipal level be required to disclose the name of their employer at the time the contribution is made.

Why: Several witnesses told the commission they, along with their family members, were asked to make political donations by their firm and were later reimbursed by the company, in violation of provincial law. Quebec has already instituted several amendments to its political financing regulations.

6. Ban announcement of contracts or grants during political fundraising activities

The commission wants a modification of the code of ethics and professional conduct for provincial and municipal elected officials and their staff to make it illegal to link fundraising and public project announcements.

7. Adopt a law allowing individuals to investigate fraud on behalf of the state

Citing American False Claims legislation, the commission recommends enacting a law that would allow individuals to independently investigate and sue perpetrators of fraud, particularly in the context of public contracts.

Why: The commission acknowledged that the government has a finite amount of resources to direct toward the detection of collusion and the recovery of ill-gotten gains. The commission says such a law would allow individuals to take on investigations or to pursue civil action against fraudsters. In turn, they would be eligible for compensation. 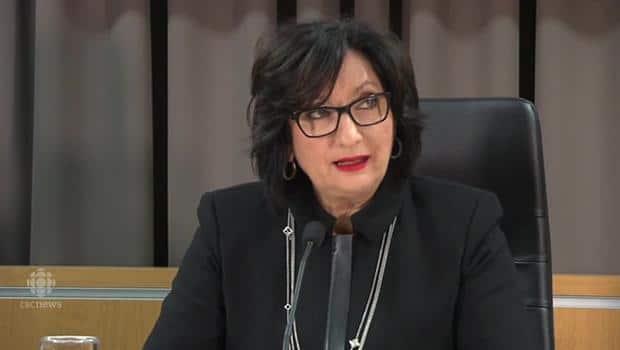 5 years agoVideo
0:53
The Charbonneau commission final report was released today, with 60 recommendations for the Quebec government. 0:53

8. Tighten up rules for cabinet ministers around gifts and donations

Prohibit any ministers and their staff from accepting gifts or benefits for their party from anyone who stands to gain financially from their relationship with the minister or anyone whose business renders services to the ministry.

Why: Several entrepreneurs testified that financial donations to political candidates and parties were presented by political organizers as the "entry fee" to the pool for public contracts.

The commission stated, "given the decisive role of a minister and the influence of his or her staff on the activities of a ministry, it is appropriate to assume that any solicitation or acceptance of gifts or other benefits to a political party [from a] representative of, supplier or recipient of subsidies of their ministry, may be related to the exercise of influence in connection with their function."

The commission recommends the National Assembly look at enacting provisions that allows the court to suspend a MNA charged with corruption or collusion.

Why: Since 2013, the law governing municipal elections has authorized the Quebec Superior Court to impose a provision declaring an elected official incapable of performing his or her function if he or she is the subject of an investigation into collusion or corruption allegations. The same isn't true at the provincial level. The law only states that the mandate of the MNA ends if convicted of an indictable offence punishable by imprisonment of more than two years. The commission believes this is necessary to maintain public confidence in its legislators.