Like every other player in the CFL, Faubert-Lussier was forced onto the sideline to be a spectator as the league waffled over holding a season this year.

Ideally, Montreal Alouettes receiver Félix Faubert-Lussier would be using his highly trained hands to catch footballs right now, while he and his teammates gear up for another run at the Grey Cup.

But with the CFL season cancelled, he's put his hands to use renovating apartment units in Montreal's Villeray neighbourhood instead.

This new control over his daily life is comforting, following months of uncertainty.

Like every other player in the CFL, Faubert-Lussier was forced onto the sideline to be a spectator as the league waffled over holding a season this year. Eventually, after a final attempt to garner financial aid from the federal government fell short, commissioner Randy Ambrosie pulled the plug and cancelled the season.

The decision cost Faubert-Lussier the paychecks he was counting on to make a living.

"Honestly, it's hard. It's hard when you put all your eggs in the same basket and you're focusing on football and waiting on a season to get paid and it just doesn't happen," he said.

CFL players typically don't have big contracts like their counterparts in the NFL — Faubert-Lussier says Canadian players like him generally earn between $65,000 and $85,000 per year — so to make ends meet while he's not playing football he picked up a hammer and got to work on renovating a triplex he purchased last October.

He says his interest in real estate goes back to his days as a student at Laval University, but he didn't know much about home renovation until diving into this project.

There was a steep learning curve. Faubert-Lussier said he spent a lot more time to complete certain parts of the renovation than a seasoned professional would have taken and he had a plumbing problem that not only drenched him but also cost him days of work and a good chunk of cash. But since March, he's steadily moved the renovation forward and today he's nearing completion. Two of his units are already rented and generating revenue.

Faubert-Lussier is now looking for another property to flip for his next project.

He says there is something remarkably satisfying about seeing a project start on paper and become a reality. While the 28-year-old could see himself doing this kind of work full-time once his playing career is over, he is not ready to trade in catching touchdowns for a tool belt just yet.

"No, no, no. You work so hard for a touchdown. It's not the same. This is like small daily wins. Catching a touchdown is like big, big," he said.

Faubert-Lussier's contract expires this year, so he'll have to negotiate another one before he gets back on the field in 2021. 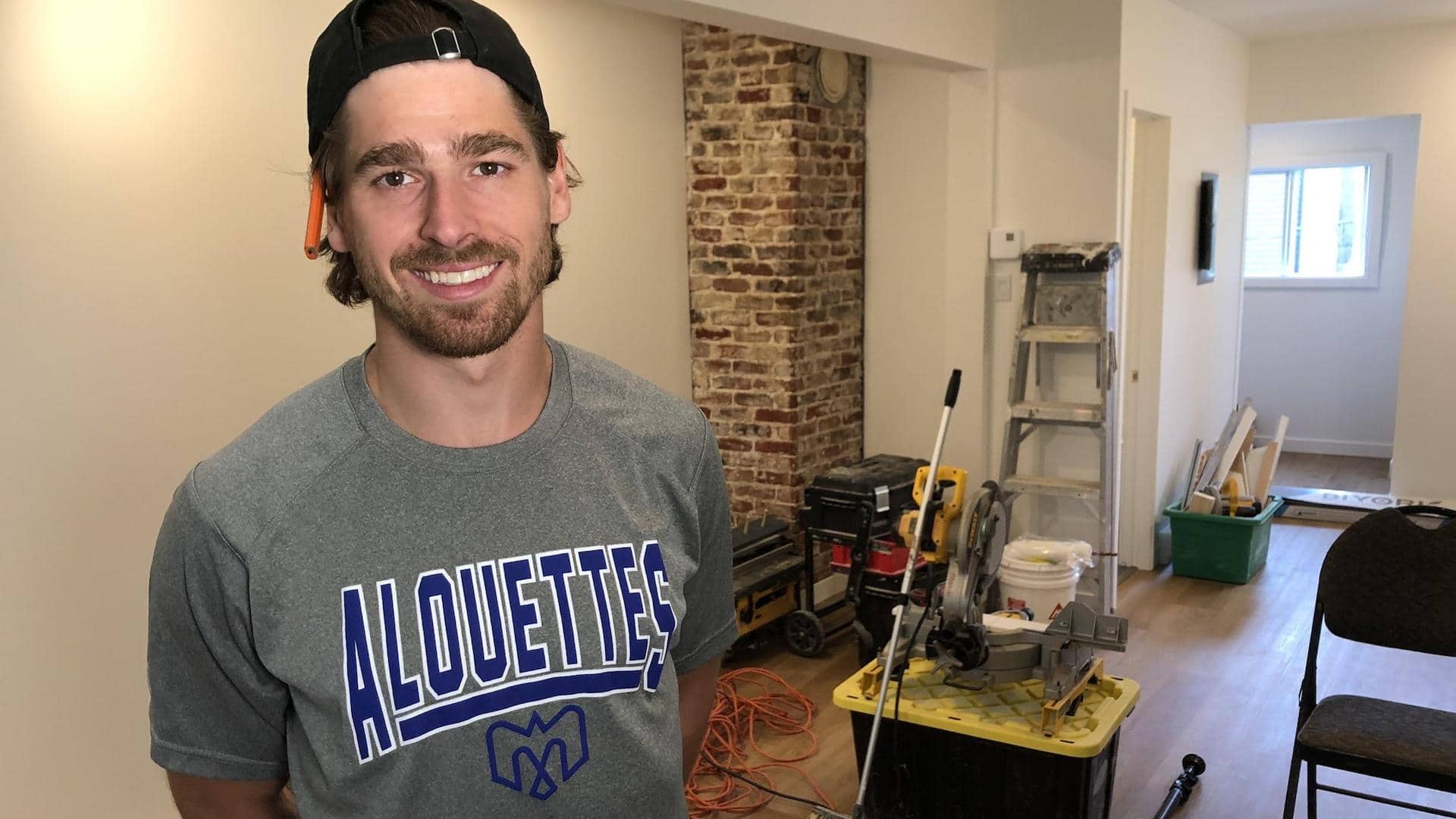 4 months agoVideo
2:01
Félix Faubert-Lussier says he can't wait to get back on the field. But until then, he's had to find another way to make a living. 2:01