Hoodie-wearing Quebec MNA challenges the dress code, and takes heat for doing it

Known for wearing tuques, T-shirts and Doc Martens in the legislature, Catherine Dorion is at the centre of a heated debate around what elected officials should wear to work.

Known for wearing tuques, T-shirts and Doc Martens in the legislature, the 37-year-old politician is at the centre of a heated debate over what elected officials should wear to work.

When Dorion showed up to the National Assembly wearing an orange hooded sweatshirt last week, it quickly became the latest flashpoint.

Other MNAs complained, prompting Dorion to leave the legislature before question period. Her party said she was shaken.

"I come to do my job and you tell me that because of what I look like — no, you don't fit it," Dorion later said on the Radio-Canada talk show Tout le monde en parle.

Dorion — an artist with degrees in drama; international relations, law and war studies — was first elected in 2018 under the left-wing Québec Solidaire party, which has 10 seats in the provincial legislature.

Since then, she has been called out several times for her choice of clothing.

Not long after being elected, Dorion and fellow Québec Solidaire MNA Sol Zanetti were called out for their casual clothes. A few days later, Dorion was criticized for wearing a T-shirt in the legislature.

"I don't think it's a provocation," Dorion said at the time. "We are deciding to be ourselves."

The latest debate around her hooded sweatshirt, or coton ouaté, attracted attention from international media. (One U.K. journalist, writing in the Independent, defended her choice to wear a "global statement of rebellion.")

She has also been the subject of both virulent criticism and solidarity online.

"She has been dragged through the mud, frankly, for the way that she dresses," said Willy Blomme, who co-organized an online protest calling on women and allies to post pictures of themselves in hoodies under the hashtag #MonCotonOuateMonChoix, which translates as "my sweatshirt, my choice."

Blomme, the former chief of staff for federal NDP Leader Jagmeet Singh, said there is a double standard for men and women when it comes to clothing choices.

"We really see a pattern of behaviour that women are really often taken to task for the way that we dress in a way this is quite aggressive and quite virulent," said Blomme.

"We want to be taken seriously for the work we do, for what we say and not the way we look."

Others, however, see Dorion's clothing as a provocative lack of decorum, and some columnists have suggested the MNA is only looking for attention.

"By wearing a hoodie she was basically giving a big 'f-you' to the National Assembly," said Sophie Durocher, a columnist with the Journal de Montréal.

'Putting on a show'

For Dorion's critics, it's not just about the orange hoodie.

There was also a photo she posted on Halloween, seated on the main desk in the legislative council chambers, wearing more formal clothing — high heels and a skirt — as a costume.

She said it was meant to poke fun at herself, but some MNAs found it offensive, and complained to the ethics commissioner.

Parti Québécois MNA Sylvain Gaudreault said Dorion should "stop putting on a show and take care of her constituency."

In the Journal de Montréal, columnist Denise Bombardier wrote of Dorion, "that scandalous muse of extreme feminists and leftists, shows no hesitation in pretending to be a call girl, in pearls and stiletto heels no less."

There are calls for an update and more guidelines around the National Assembly's dress code, which suggests business attire for elected officials, but some say it is too vague, particularly for women.

The speaker of the National Assembly, Francois Paradis, said Wednesday, in his view, that doesn't include T-shirts or sportswear.

On Tout le monde en parle, Dorion said she was elected to represent the people in her Quebec City riding of Taschereau, some of whom, she said, also wear jeans and sweatshirts.

"There are people from all social classes there, and all ages," she said. 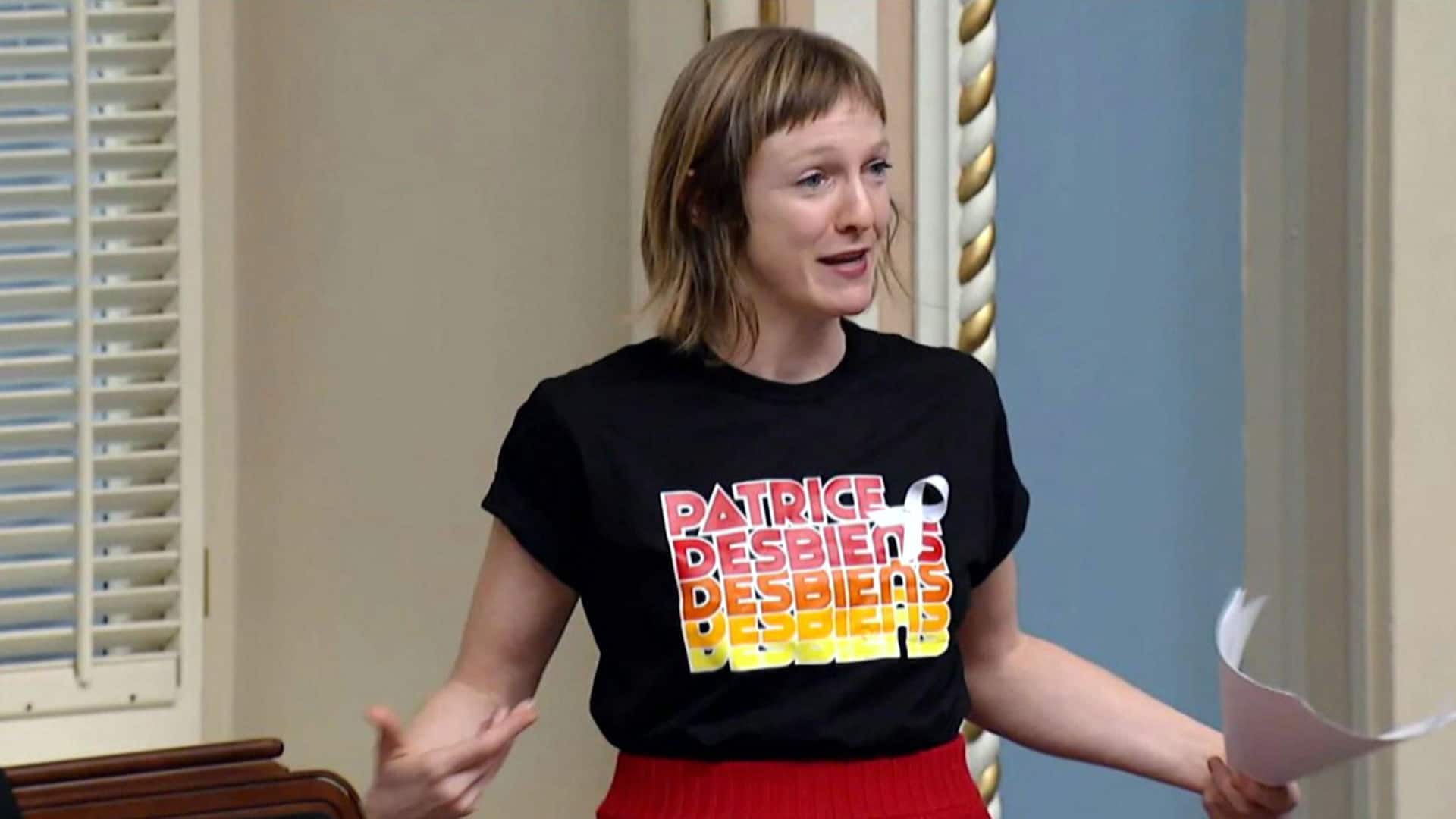 1 year ago
1:55
Catherine Dorion, a member of Quebec’s legislature, says she should be judged on her work and not her wardrobe after colleagues complained that she dressed too casually. 1:55

Alison Northcott is a national reporter for CBC News in Montreal.