Thousands of residents in Montreal's west end have signed an on-line petition, protesting against Canada Post's firing of a mail carrier — for being "too nice" to his customers.

Sylvain Carbonneau bent the rules with his acts of kindness 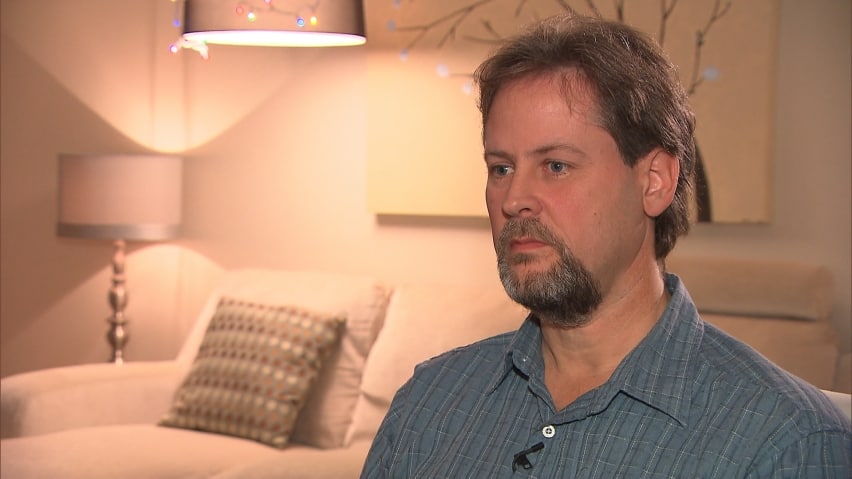 8 years ago
2:01
Thousands of Sylvain Carbonneau's old customers have signed an online petition, demanding Canada Post give him his job back. Raffy Boudjikanian explains. 2:01

Thousands of residents in Montreal's west end have signed an on-line petition, protesting against Canada Post's firing of a mail carrier — for being "too nice" to his customers.

A supervisor checking up on Sylvain Carbonneau on his route spotted him signing for a client in order to leave a package at her address when she wasn't home.

"She agreed on that," Carbonneau said. "We had a...verbal agreement, the first time."

Carbonneau says he bent the rules only when clients asked him to.  Those requests came both from households and from institutional clients like the Royal Bank, which has sent him a letter of support.

Many of Carbonneau's former customers speak highly of their longtime carrier for his generosity and personal touch, describing him as one of the most caring people they've ever met.

"My sister-in-law is just living two blocks from here," one woman said from her front door. "When she wasn't there, he knew that [she] was my sister-in-law, so he [delivered] her mail here."

"He was always friendly, always pleasant, always had a smile on his face, always willing to stop and talk," said a neighbour.

"He gave me Christmas cards," said yet another customer. "He was just — rare, you know.  He was rare."

Canada Post now finds itself on the receiving end of a letter-writing campaign, demanding that it reinstate Carbonneau.

The corporation has said only that it does not make decisions to fire people lightly, and Carbonneau is welcome to appeal his dismissal.

Carbonneau has filed a grievance through his union, the Canadian Union of Postal Workers (CUPW.)

CUPW says it won't comment publicly on the case because that grievance is underway, and it does not want to jeopardize Carbonneau's chances of getting his job back.