The Montreal training centre used by the senior national Canada artistic swimming team closed its doors on Monday as an external firm investigates allegations of abuse and harassment.

The Montreal training centre used by the senior national Canada artistic swimming team closed its doors on Monday as an external firm investigates allegations of abuse and harassment.

The team learned the news in a meeting with Julie Healy, Canada Artistic Swimming's chief sport officer. Radio-Canada Sports has obtained a recording of that meeting.

"We're temporarily suspending operations of our full-time training group," Healy is heard saying in the recording.

"We can't continue to operate in an environment where athletes don't feel safe, where coaches do not feel they can work without being accused of being hostile, harassing, abusive."

Healy told Radio-Canada that the investigation was prompted by a series of emails complaining of incidents.

Laura Swift, a coach at Dollard Synchro in Montreal's West Island who is part of the organization, wrote in one email obtained by Radio-Canada that there is a "culture of fear and compliance" at Canada Artistic Swimming.

The problem seems to have come to a head last Thursday at the Olympic Stadium pool in Montreal, when some swimmers were offended by comments made by a coach about Black, Muslim and LGBTQ people.

"I'm speaking now because it's enough, and because I'm exhausted and I'm heartbroken and I want better for them. And they deserve better," Swift wrote. 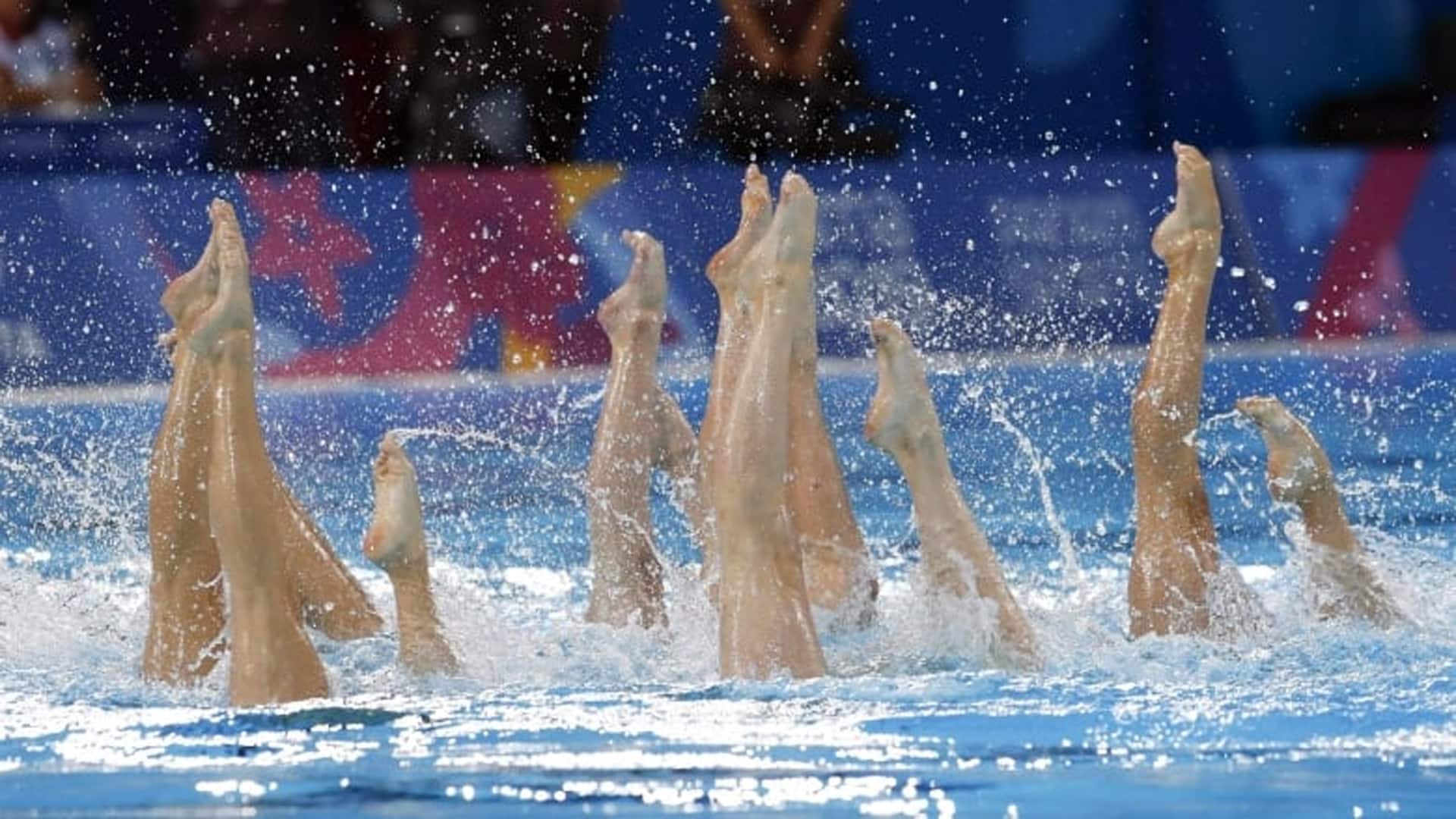 1 month ago
3:49
The Montreal training centre used by the senior national Canada artistic swimming team has closed its doors as an external firm investigates allegations of abuse and harassment. 3:49

Healy said the complaints allege that swimmers were being "forced to keep quiet" about incidents of harassment and abuse, and that they singled her out, along with criticizing the entire organization.

The emails allege that harassment and abuse had been occurring since January 2019.

"Our people are not being investigated. Our issues are being investigated," Canada Artistic Swimming president Jackie Buckingham said in an interview. "We believe 100 per cent in the talent and competence of our coaches and our support team."

She invited swimmers and club coaches to take part in the investigation, and said the athletes were her priority.

Based on reporting by Radio-Canada's Diane Sauvé and Jacinthe Taillon