An overnight explosion at BRP's research-and-development-centre in Quebec's Eastern Townships has left two employees in hospital, both in an induced coma with severe burns. 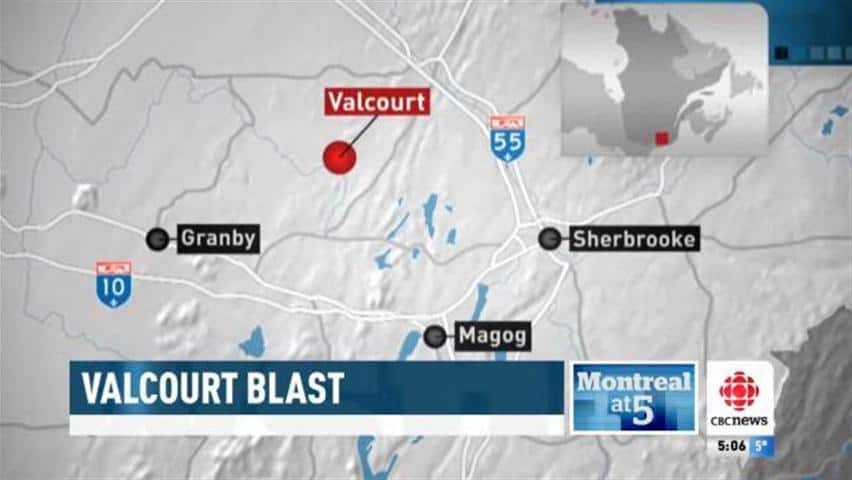 8 years agoVideo
0:37
Officials are still investigating the cause of the explosion in Valcourt 0:37

Provincial police said officers on patrol in the area heard the explosion just after midnight and saw a ball of fire shoot from the vast complex. They witnessed two men run out of the building.

"They fled the building. It was in flames," said Quebec provincial police spokesman Bruno Beaulieu.

The 38-year-old employee and a security guard, 54, were transported to L'Enfant-Jésus Hospital in Quebec City. Both were in induced comas.

Beaulieu said it appears the explosion happened in a laboratory, causing a fire that firefighters quickly brought under control.

Police are saying they are confident the explosion was accidental.

The plant is currently being expanded and there is speculation that the explosion was related to the construction.

A police investigation is underway.

The research centre is in the same complex as Bombardier's headquarters in Valcourt, about 130 kilometres east of Montreal.