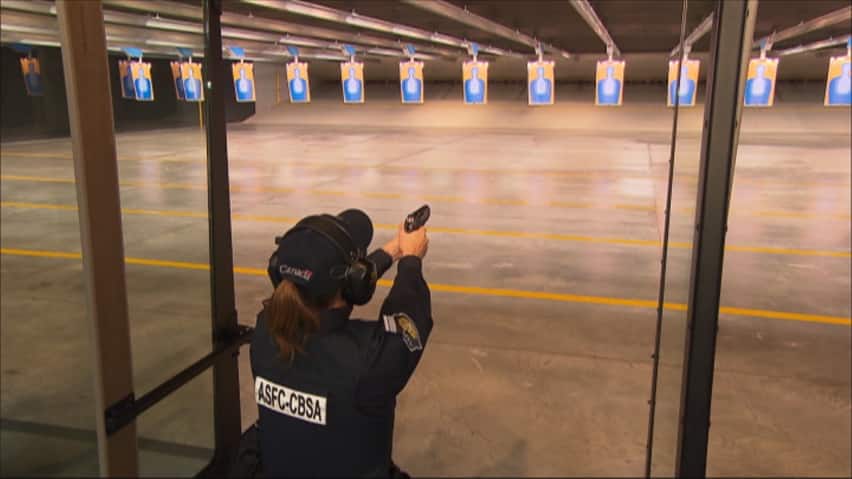 Public Security Minister Vic Toews was at the inauguration for the new $57.7 million facility.

He said the centre was built "so that Canadians can be assured that the training that these officers receive is the best in the world for the type of service that they are providing."

Trainees will take part in a variety of exercises, including simulations to test judgment skills and gun shooting.

Two new firing ranges, that count 18 rows each, have also been added to the facility.

"They spent around 40 hours on the range, so half a day every day is spent on the range so they [can] work on marksmanship skills as well as tactical skills," said Marc-André Leclerc, one of the training supervisors.

The union representing Canada's border guards expressed concerns about cuts affecting public security but both Toews and the head of the CBSA insist there are no cuts to the front lines and that the facility will ensure more guards get better training.

"Until this facility was created, we were actually training our officers [by] sending them out into the field and then we would have to train them for arming down the road. So this will allow us to do both together," said Luc Portelance, president of the CBSA.