Bombardier Inc. has reached a deal to sell its rail-building unit to French train giant Alstom SA, which executives say will bring an end to a frantic period that saw the Quebec company sell off several key assets in order to deal with crippling debt.

'Most importantly, we have protected 3,300 jobs,' CEO says as only business-jet unit remains

Bombardier Inc. has reached a deal to sell its rail-building unit to French train giant Alstom SA, which executives say will bring an end to a frantic period that saw the Quebec company sell off several key assets in order to deal with crippling debt.

The deal, if approved by European regulators, could mean up to $4.5 billion in net proceeds for Bombardier, which is under an estimated $9.3 billion US of debt, most of that due by 2025.

It also means the company is now a fraction of the size it was just a few years ago. Since 2016, Bombardier has progressively sold off all its commercial aviation assets, culminating in last week's sale of its stake in the A220 program to Airbus.

The sale of the transportation division leaves Bombardier — a once sprawling company involved in everything from snowmobiles to real-estate finance — with only its business jet unit.

President and CEO Alain Bellemare said the company will focus its capital, energy and resources on accelerating growth and driving margin expansion.

"But most importantly, we have protected 3,300 jobs and people don't talk enough about that," he told CBC News on Monday.

"That's 3,300 families. You have the direct impact, the taxes, that come with that and then you have the ripple effect on the economy, which is very significant."

Bellemare came into the company in 2015 to "help drive the turnaround."

He said he introduced a three-phase, five-year plan and "here we are in 2020 ... and we're putting Bombardier on much better footing for the long run."

"We have an amazing portfolio," he said. "We're very well positioned in the marketplace"

In an earlier conference call with analysts, Bellemare was asked if the company would consider selling the aerospace division as well. "The answer is no," he replied. "We've completed the turnaround."

The company has ramped up production of high-margin business jets, which it expects will drive double-digit revenue growth with 160 unit sales in 2020 amid a $16.3-billion backlog.

The breakup of Bombardier, and the sale of its transportation division to a foreign multinational, is politically sensitive in Quebec, where the company has long been held up as a local success story.

It was the transportation division's first contract in 1974 — to build subway cars for the Montreal Metro — that began Bombardier's expansion beyond the niche market of snowmobiles and other recreational vehicles.

The Quebec government described Monday's deal as a second-best outcome. Alstom has agreed to open a North American headquarters in Montreal and also promised to open a design centre in the province.

Premier François Legault said he expected Alstom would use the Bombardier plants in Quebec, which employ around 1,500 people, to build vehicles for the North American market.

"I definitely would have preferred for things to end differently for Bombardier, because this company has occupied, and will continue to occupy, an important place in the Quebec economy," Legault said in a statement.

"Yes, Bombardier Transportation becomes a French company, but with this acquisition Alstom will be anchored in Quebec."

The Caisse de dépôt played a big role in securing that commitment from Alstom. 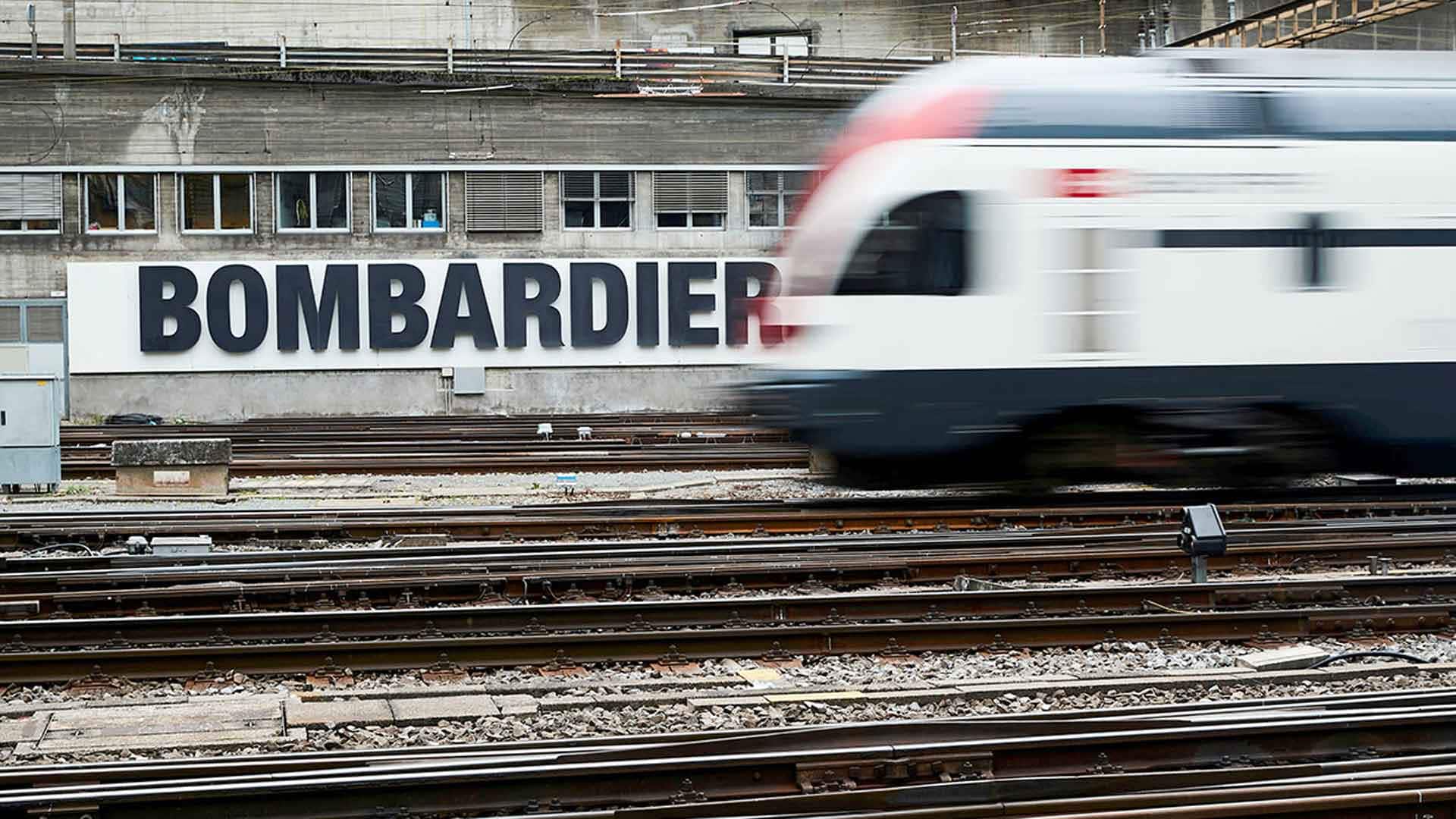 11 months agoVideo
1:45
Bombardier is selling off its rail division to help manage growing debt just days after announcing the sale of its passenger plane division. 1:45

The pension fund manager has a 32.5 per cent stake in Bombardier Transportation following a $1.5-billion investment in 2015.

The Caisse said it will use its proceeds from the sale of BT, along with an additional $1 billion investment, to buy 18 per cent of Alstom's shares.

That will make it the company's largest shareholder and will give it two seats on Alstom's board of directors.

What will happen to Bombardier jobs?

But what Monday's deal means for Bombardier Transportation jobs outside Quebec is less clear. The train-making division employs some 3,500 people across the rest of the country, including several hundred in Thunder Bay and Mississauga, Ont.

"I'm hopeful that they will be able to fill the plant up with orders," said Dominic Pasqualino, the president of Unifor Local 1075, which represents Bombardier workers in Thunder Bay.

In Alstom's conference call with analysts, chaiman and CEO Henry Poupart-Lafarge said his company will be looking to improve the profit margins of the Bombardier holdings it has acquired.

He mentioned the $46 billion in orders still on Bombardier Transportation's books, and said Alstom plans to work on fulfilling those orders.

The Bombardier deal, he said, will also allow Alstom to gain a bigger footprint in the North American market, as well as eastern Europe and Mexico.

With demand for high-efficiency, low-carbon transit from cities set to grow, Alstom is predicting the market for rail and rail systems will expand three to five per cent annually until 2025.

Observers have been speculating for months that Alstom was looking to make a major acquisition in order to fend off its main rival, China's state-owned CRRC, the world's largest train maker.

But before the deal with Bombardier is finalized, EU competition regulators will have to sign off, which isn't likely to happen before the first half of 2021.

Though Bombardier's rail-making unit has continued to attract clients, it became in recent years a drain on the company's cash flow as well as its reputation.

The company repeatedly missed delivery targets for an order of 204 streetcars in Toronto, prompting the city to sue Bombardier in 2015.

More recently, Bombardier Transportation incurred hundreds of millions of dollars in penalties for missing delivery targets in the United Kingdom and Germany.

Last month, when New York City had to pull 300 new Bombardier cars because of mechanical problems, City Comptroller Scott Stringer accused the company of having sold them "lemons."

With files from The Canadian Press, CBC Thunder Bay