Today 15 elective surgeries were delayed by hospitals in the Saguenay-Lac-Saint-Jean region, according to Radio-Canada.

Half of blood supply shelved because of possible defects 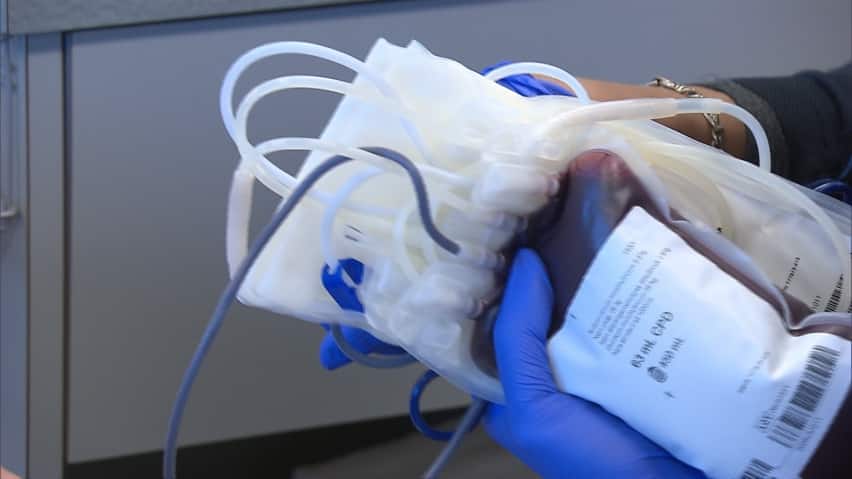 8 years ago
2:07
Situation slowly going back to normal for hospitals 2:07

Surgeries continue to be cancelled today in Quebec after the province's blood agency revealed concerns about possible defects in the equipment used to collect up to half its stock.

Even as Héma-Québec said things should be returning to normal, today 15 elective surgeries were delayed by hospitals in the Saguenay-Lac-Saint-Jean region, according to Radio-Canada.

Dozens of non-urgent surgeries were postponed in hospitals across the province on Thursday when Héma-Québec temporarily shelved half of the province's donated blood supply because of concerns about potential defects with the equipment used to collect blood.

On Wednesday, Héma-Québec discovered micro-fissures in the tubing of the equipment used to collect blood from donors. According to officials, the blood was removed from use as a precaution and there is no health risk to the public.

Even in the worst case scenario, Germain said the agency will be able to supply hospitals with enough blood.

According to Montreal's public health authority, services are back to normal today at the Montreal Heart Institute, St. Mary's Hospital and the Centre Hospitalier de l'Université de Montréal.

Yesterday, about 10 heart surgeries in total were delayed at the Centre Hospitalier de l'Université de Montréal, the McGill University Health Centre and the Montreal Heart Institute on Thursday. Ten other procedures were delayed or cancelled at St. Mary's Hospital and Santa Cabrini Hospital.

Several other procedures were delayed at hospitals in other regions of the province.

Friday afternoon, the MUHC said it had received more blood from Héma-Québec to replace the stock the hospital had already used.

Laurent-Paul Ménard, spokesman for Héma-Québec, said the equipment issues could the result of a manufacturing defect.

Ménard said the blood, some of which had already been distributed to hospitals, risks being exposed to the air. Air exposure could create favourable conditions for bacterial growth.

Despite concerns, officials have confirmed the same defective batch of equipment is still being used to collect blood, since it would take weeks for exposed blood to become contaminated.

"It's perfectly safe to use these bags within a certain timeframe while we are looking for solutions to the actual problems," Germain said.

He said that chances of baceterial infection are slim, because the blood is refrigerated at four degrees Celsius.

On Thursday, Quebec Health Minister Réjean Hébert, said that Héma-Québec has the reserves necessary to fulfill the needs of the hospitals, except for some remote areas

Yesterday, the Montreal public health authority said health centres that have had to quarantine part of their blood supplies have enough blood reserves to last the next two to three days. They normally have reserves for up to eight days of normal operating.