Trained just like drug-sniffing dogs, they are popular with hotel operators

Thermapro Solutions has three such dogs, and they're practicing to be certified by the World Detection Dog Organization over the next few days.

Their newest recruit is Bosco, who will specialize in sniffing out bugs in schools and movie theatres. 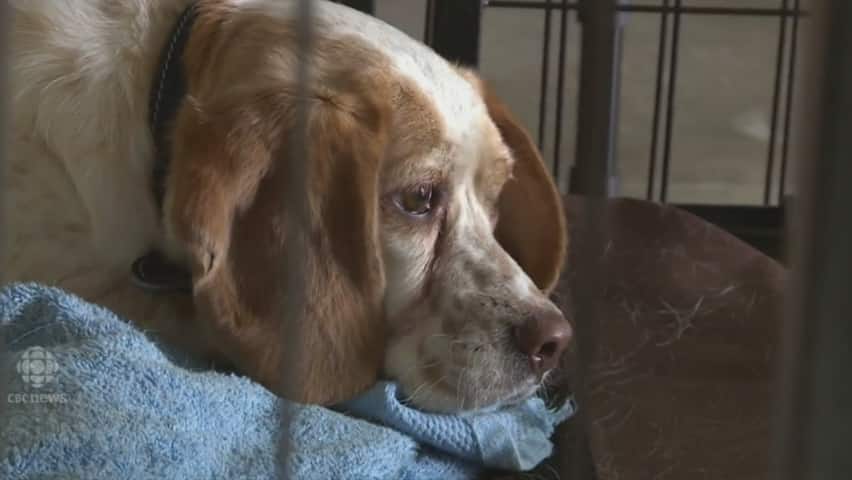 "Usually beagles are trained for the job. Bosco's is a little bigger with more strength and stamina," said Don Prashker, president at Thermapro.

Bedbug dogs are just like drug-sniffing dogs, Prashker said. The only difference is the smell they're trained to detect.

"The target odour is bedbug pheromone instead of narcotics," he said.

Prashker insists that dogs are the most efficient way of finding bedbugs and later checking if the problem has been solved.

He specializes in what he calls proactive detection.

"We offer bedbug insurance. We go to hotel rooms every three months. We want to find bedbugs before the guest does," he said.

This early detection reduces the odds of a hotel getting slammed on review websites like TripAdvisor, he says.

Prashker says the dogs can check up to 80 rooms a day.

While bedbugs are a growing problem in Montreal, he says it's hard to count the true number of cases because of the stigma associated with them.

Exterminators are only required to report cases in rented dwellings, not private residences, he said.