Efforts by Quebec's sovereignist government to build ties with the province's anglophone population are failing, according to a new poll commissioned by the CBC. 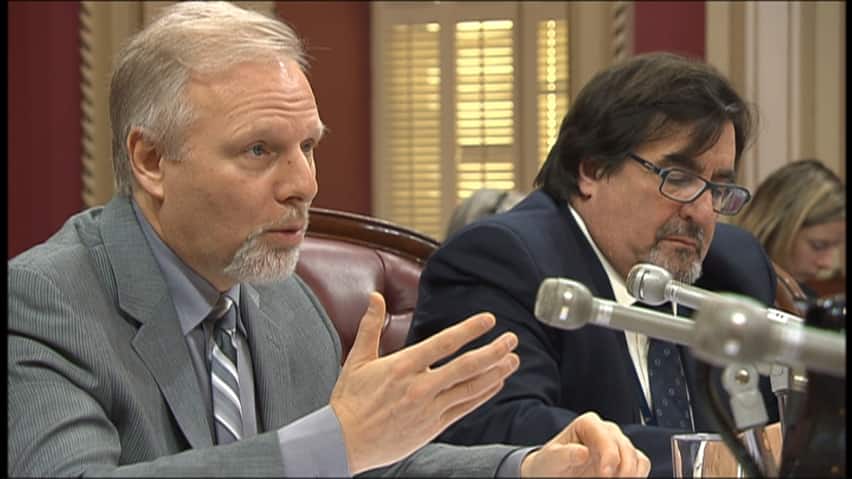 8 years ago
2:44
The PQ says it wants to build bridges with Quebec's anglophones. Tim Duboyce reports on the EKOS poll findings. 2:44

Efforts by Quebec's sovereignist government to build ties with the province's anglophone population are failing, a new poll commissioned by the CBC suggests.

The EKOS research poll suggests that Quebec anglophones don't trust the Parti Québécois government, and 84 per cent believe the PQ would put further limits on the English language if it won a majority in the National Assembly.

The election of the minority PQ government last September has many anglophones questioning their future in Quebec.

Forty-two per cent of those surveyed said they have considered leaving the province in the wake of the PQ victory.

The PQ ranked lower than the Green Party, Québec Solidaire and even "other," when it came to anglophones who said they would vote for the party. According to those polled, only one per cent would cast their ballot for the PQ.

Jean-François Lisée, the PQ minister responsible for building bridges with the province's anglophone community, says that rift is deep-rooted and dates back to the "traumatic year" — the PQ's first win in 1976.

It was that "linguistic revolution" that formed the basis of the conflict between anglophone Quebecers and the party, he said.

While Lisée insisted historical tensions are not predictors for the party's future relationships with the anglophone population, others point to the party's more recent record as reinforcing that aversion.

Liberal education critic Gerry Sklavounos said the Marois government's plans to toughen the language law and invoke a "charter of secularism" are driving away anglophones.

"It's obvious that minorities and the anglophone community are worried about these positions."

The PQ concedes while it is trying to placate anglophones, its appeal will always remain limited as long as it promotes Quebec sovereignty.

However, Lisée said, changing the frame of the debate away from assimilation fears and towards building a strong French majority that is supported by strong anglophone and aboriginal communities is the goal.

"Trust is something that you can lose in a day but takes months or years to build," Lisée said.

"We've decided to start building it. So of course we're not there yet. . . but changing the frame of the debate is such an important thing."

The EKOS poll results are based on a telephone survey conducted between Jan. 15 and Jan. 23 with a random sample of 1,001 anglophone Quebecers.