CBC News Montreal’s Andrew Chang is off to new adventures within the CBC, and will no longer be in the anchor’s chair on the supper hour news in Montreal.

Andrew Chang's new role within CBC will be announced this summer 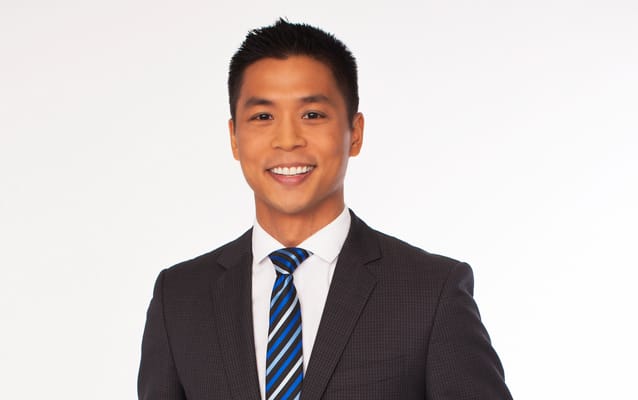 CBC News Montreal’s Andrew Chang is off to new adventures within the CBC, and will no longer be in the anchor’s chair on the supper hour news in Montreal.

His new assignment will be announced later this summer.

Montreal, you mean everything to me- Andrew Chang, CBC News Montreal anchor

Chang first started working at the CBC in Montreal 10 years ago as an intern.

He moved on to report for television, radio and online. Chang worked as a video-journalist before co-hosting CBC News Montreal for five years.

From the host's chair, he brought viewers two provincial elections and filled in on News Network and The National. Earlier this year he was in Sochi hosting the Winter Olympics overnight show.

Debra Arbec will continue to host CBC News Montreal at 5, 5:30 and 6. Arbec has been covering daily local news in Montreal for 25 years.

A letter from Andrew Chang

I can't help but look back at the last decade and wonder ... where would I be without you, Montreal?

You taught me the ropes — you even taught me French! — and you gave me 10 years of unforgettable experiences.

I still remember sheepishly approaching Saku Koivu in the Habs' locker room for an interview. Or being among the first to try La Ronde's Goliath with a camera capturing my every blood-curdling scream. I also remember reporting live from the scene at Dawson College, the day Anastasia De Sousa died. I was there, too, when the de la Concorde overpass collapsed in Laval, killing five people.

From the Jazz Festival, to Cirque du Soleil, to not one, not two, not three, but four provincial elections (which, quite honestly, can sometimes feel like a circus), I feel like I've had a front row seat for all of it.

In exchange, I hope I've done my part in helping you understand how fantastically diverse, complex, beautiful, and interesting this city truly is.

And so, as I prepare for a change in scenery, I also ask you to wish me luck. After all, it's not just a new job I have ahead of me.

My wife and I are expecting our first. A little girl.

Cheers & All The Best,
Andrew