There were four people taken to hospital after the collision.

Video by passenger shows amphibus being struck by train 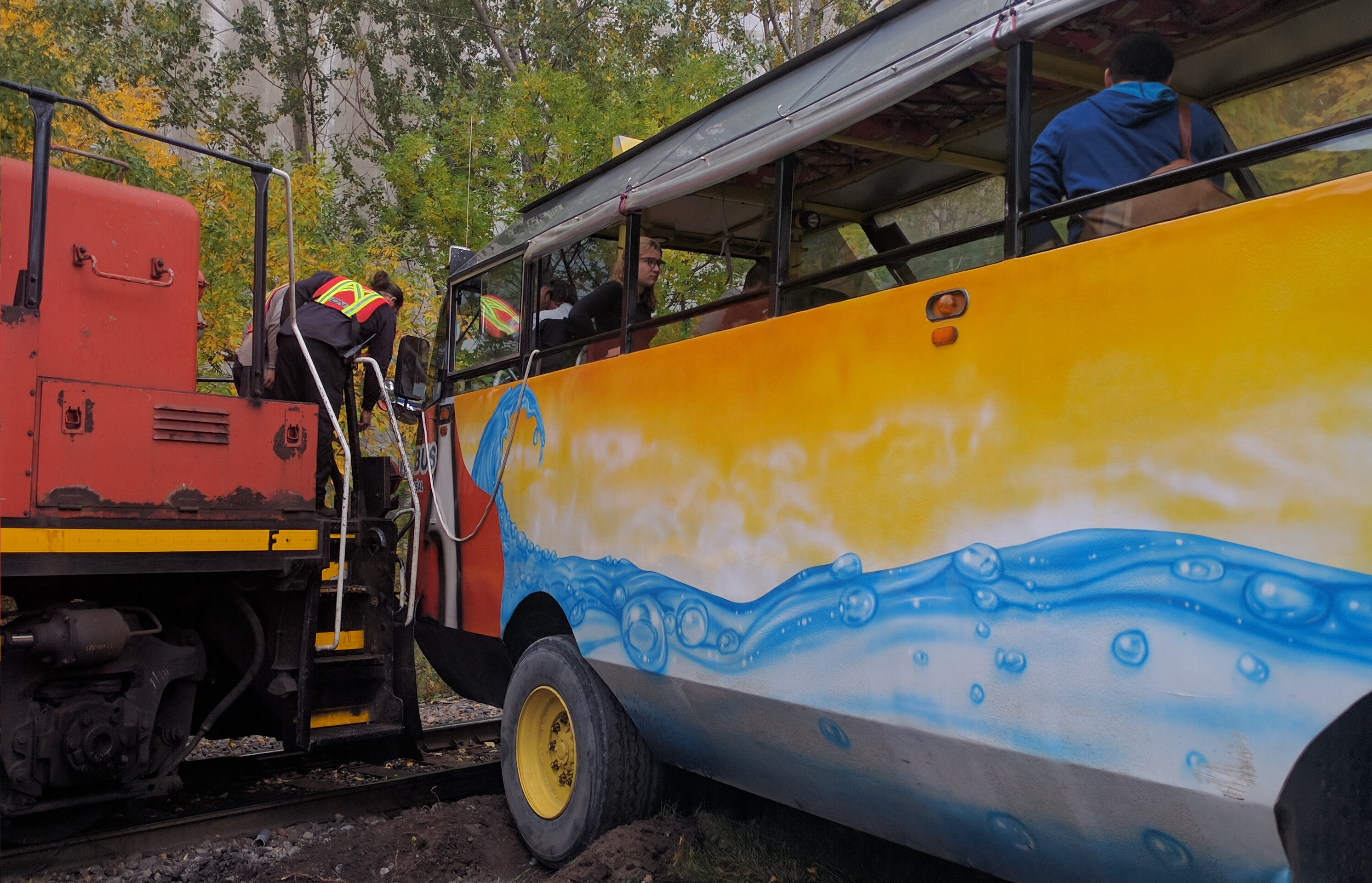 4 injured after amphibus collides with train

6 years ago
Duration 0:15
There were about 15 people aboard at the time of the collision.

A group of tourists had a close call when an Amphi Tours bus collided with an oncoming CN train on the edge of the railway tracks in Montreal's Old Port early Sunday afternoon.

Four people were taken to hospital with minor injuries, according to the Montreal fire department.

Bruce Insley was riding the Amphi Tours bus at the moment of impact and submitted a video to CBC.

The footage shows the tour guide standing at the front of the crowded bus with a microphone in hand. She tells passengers "we're lucky the train is not passing right now," seconds before she sees the oncoming train and passengers start to scream.

The CN train collides with the nose of the bus, dragging it along the tracks as tourists scream until the video cuts out.

"You can hear the train bell ringing when the driver decided to continue across the tracks. His view was obstructed by trees at the crossing," Insley wrote in an email to CBC News.

Insley said the driver stopped the bus once he realized what was happening, but it was already too late.

"Unfortunately, he was too close to the tracks and there was no time to back up."

The Montreal fire department said that around 15 people were aboard the bus at the time.

The train was travelling a "very low speed" at the time of the crash, said Bruno Rousseau, chief of operations for the Montreal fire department.

Insley said that passengers were offered a refund by the tour company.

Montreal Amphi Tours, the company in charge of the bus, declined to comment.