Why two Americans, one pro-Biden and one pro-Trump, are voting for the first time after decades in Canada

Two American women who call Canada home say the upcoming U.S. election is more important than ever, so for the first time since moving here decades ago, they sent in absentee ballots — one for Joe Biden, the other for Donald Trump.

One says Donald Trump has hurt the reputation of the U.S.; the other says Joe Biden will ruin the economy

Virginia St-Cyr had never voted in her life, until a few weeks ago.

The 88-year-old who grew up in Finney, Kan., has called Montreal home for the past six decades but never felt the urge to vote in the U.S. election. Nor could she vote here, because she never became a Canadian citizen.

Finally though, the desire to vote came calling this year, and urgently.

"He has to be defeated," St-Cyr said of U.S. President Donald Trump outside her Town of Mount Royal home on the island of Montreal. "I watched all the things that have gone on these past four years, and it's tragic."

St-Cyr moved to Montreal for love. When she left the U.S. in 1955, Dwight D. Eisenhower was president, but she was too young to vote in the 1952 election that he won — at that time, the voting age was 21.

In all the years since, St-Cyr said, she watched what happened in her country of birth but never took the time to fill out an absentee ballot.

According to the U.S. government's Federal Voting Assistance Program, just over 620,000 Americans living in Canada are eligible to vote, but in 2016, only 5.3 per cent actually voted. 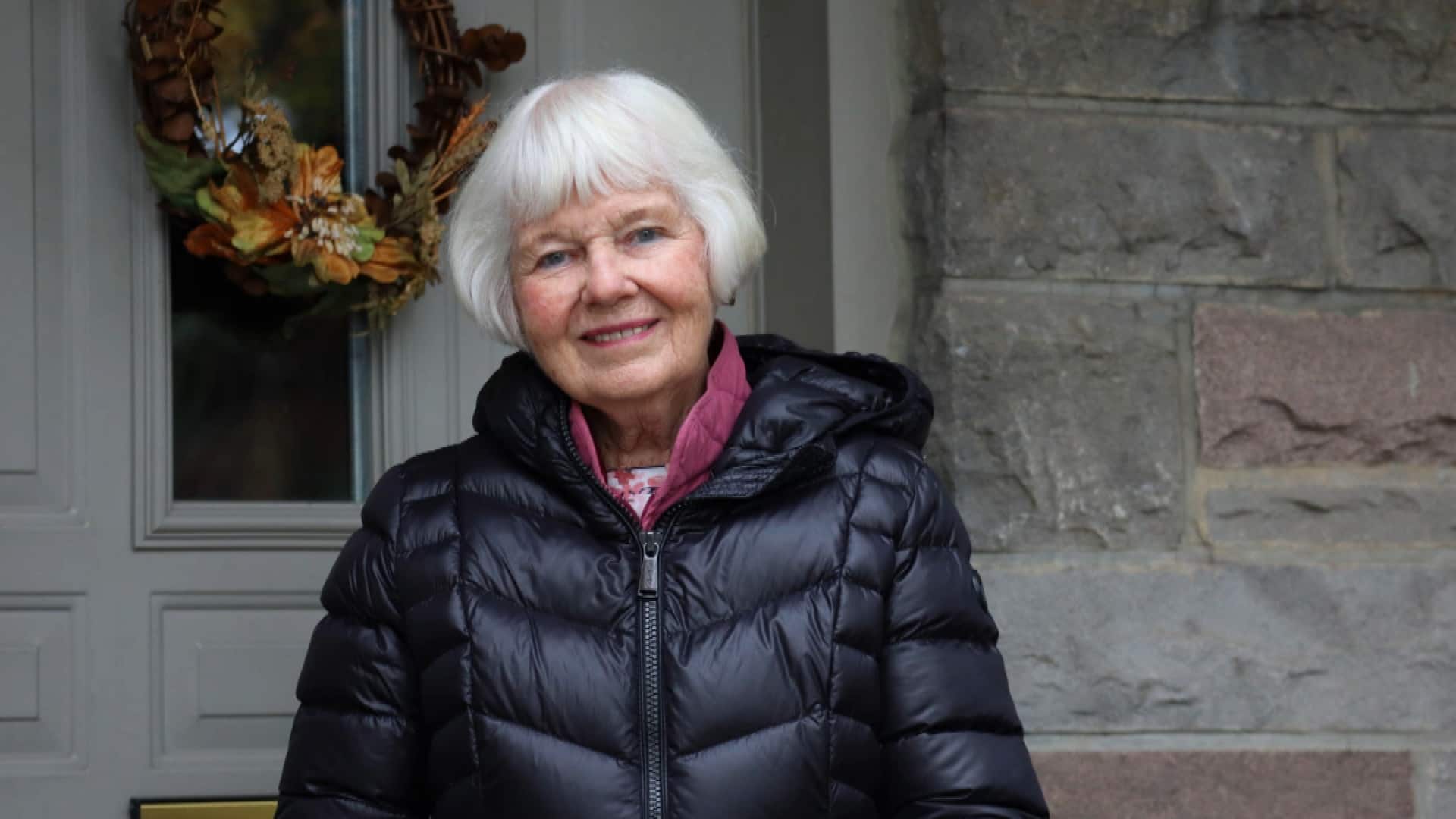 St-Cyr said she believes Trump has diminished the reputation of the U.S. with his behaviour and policies, something that embarrasses her.

She said that given the tight race between Trump and his Democratic challenger, former U.S. vice-president Joe Biden, her vote could make a difference.

"It was important for me [to vote] because the division in the United States between these two parties became like a chasm," she said. "It has torn apart the country these past four years, and there has to be some healing."

Over in Blenheim, Ont., Liz Nooyen agrees — on the division within the U.S., that is.

"I don't think I saw the divide in the country that I saw before, or that I see now. There's no middle ground anymore," she said from her farm near Windsor.

"I see Trump as trying to avert a financial disaster for the country, and I think that's what's needed right now."

After meeting her Canadian husband at a horse show in Ohio, the New Jersey native made the move to Canada 30 years ago.

Until now, she'd never voted in a U.S. election. This year felt different.

"I think shutting things down and taxing the crap out of corporations as Biden would like to do is going to cause financial disaster," she said.

Nooyen disagrees with the shutdowns of some sectors of the economy because of the pandemic, not because of skepticism over the coronavirus, but because she feels Americans can make their own decisions on whether or not to follow public health recommendations.

For Nooyen, her vote is about the economy, and she strongly opposes Biden's plan to raise taxes on businesses and wealthy Americans.

"It's a hard pill to swallow sometimes that corporations make a lot of money, but they employ a lot of people, and those corporations take the risks in business to stay in business and keep the country working," she said.

"If you want to tax them and make it harder for them to do business and make their profits, they will leave."

Nooyen said she can overlook the often-publicized aspects of Trump's behaviour.

"I don't think Trump is a wonderful guy," she said. "But I think he's doing a good job running the business of the U.S."

Both Nooyen and St-Cyr have sent in their absentee ballots and got confirmation that their votes were received. Now, both will wait to see just who will be president come Nov. 3.