The emergency landing of a Piper Cherokee aircraft on Highway 40 in Quebec City disrupted traffic for a short time but did not result in any injuries.

The pilot of the Piper Cherokee aircraft was not injured 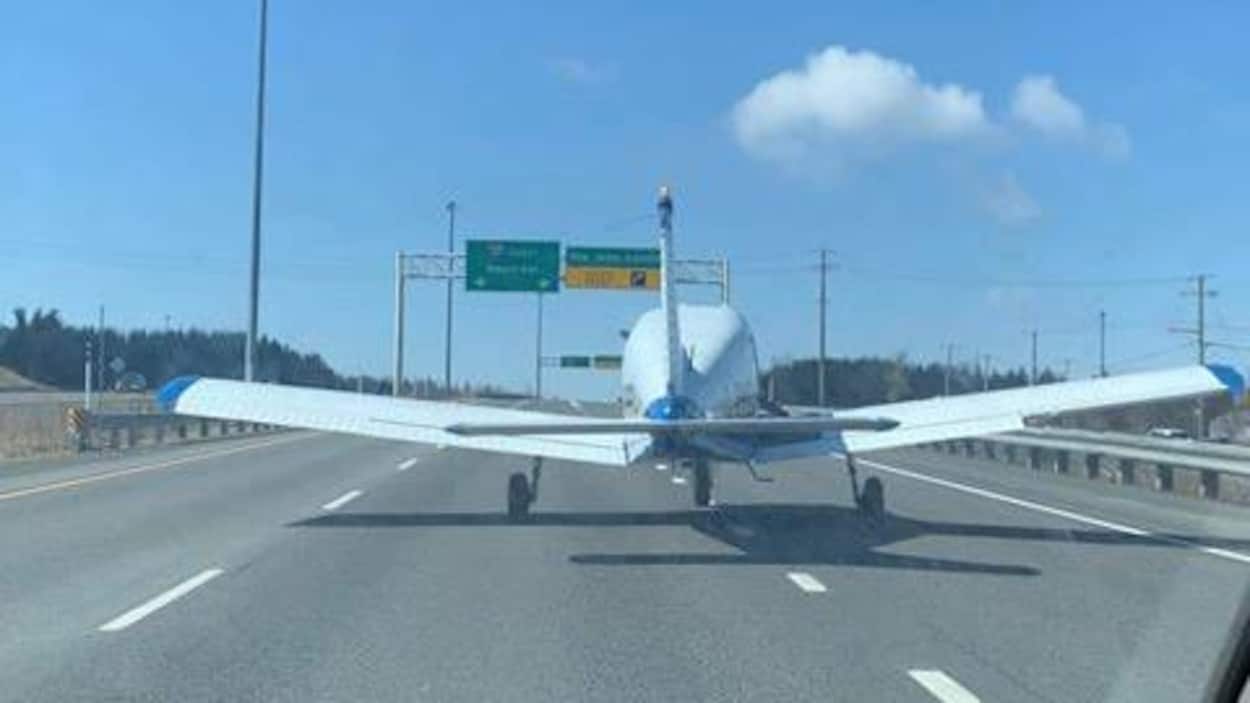 11 months ago
0:21
Joanie Frenette was driving down Highway 40 in Quebec City on April 16, 2020, when she saw a small aircraft trying to land between the cars that were ahead of her. 0:21

A pilot was forced to land his small aircraft on Highway 40 in Quebec City on Thursday morning.

Around 10:30 a.m. Thursday, the pilot of the Piper Cherokee aircraft called the Quebec City fire department asking for permission to land on the highway just a few kilometres south of the Jean-Lesage International Airport.

Jean-Paul Daoust was in the parking lot of his nearby garden centre, Floralies Jouvence, when he saw the aircraft coming down over the highway.

"I was pretty surprised," said Daoust. "First time I've ever seen a plane on a highway, except in the movies,"

Fire department spokesperson Bill Noonan said the plane had already landed safely when emergency crews arrived on site. The pilot was not injured.

Traffic was halted for less than an hour while emergency crews escorted the plane off the highway.