Accused election-night shooter has 2 weeks to decide on lawyer

Richard Bain, the man accused in Quebec's election-night shooting, will have two more weeks to decide whether he will represent himself in court or use a defence lawyer. 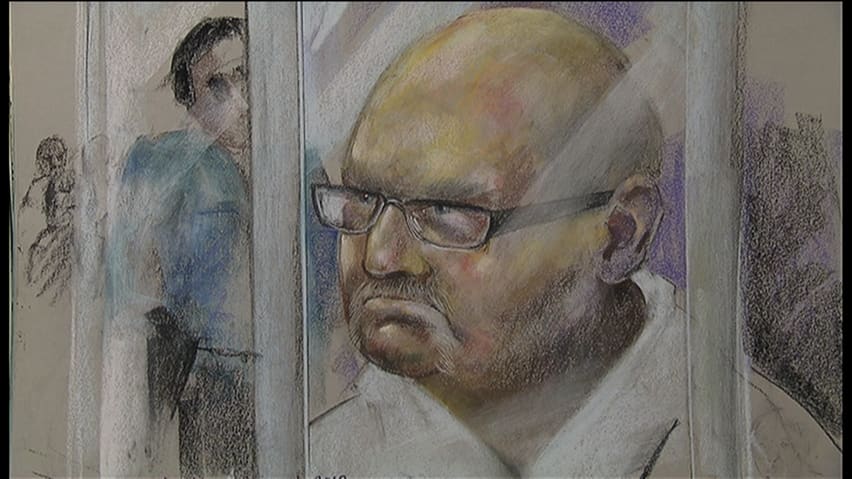 Election-night shooting suspect back in court

Richard Bain, the man accused in Quebec's election-night shooting, will have two more weeks to decide whether he will represent himself in court or use a defence lawyer.

Bain faces 16 charges, including first-degree murder, attempted murder, arson and weapons violations, stemming from the Sept. 4, 2012 attack that took place outside the Montreal Metropolis during the Parti Québécois' victory rally.

At his last court appearance on Feb. 20, a judge agreed to a request by Bain's former legal-aid lawyer that she no longer will have to defend Bain, as he was found not to qualify for legal aid.

As has happened during past court hearings, Bain often seemed agitated during his brief appearance this afternoon at the Montreal courthouse.

He said he still does not have access to important documents in English, and he does not know how he will be able to represent himself without them.

He also complained he has not been given access to the full tape of audio interviews he gave by telephone to CJAD and TVA crime reporter Claude Poirier from the detention centre where he is being held in Rivière-des-Prairies.

Bain referred to the Sept. 4, 2012 shooting as "Maroisgate" in court, saying Quebec Premier Pauline Marois has made his case political by stating to the media that she believed she was a target.

He also chastised media present in the court room for using the term "sovereignists," saying they should be saying "separatists" instead.

He said the only real sovereign person is Jesus Christ.

Bain has also appointed himself a spokesperson, a man named Daniel Sweeney, who told reporters he believes Bain wants to represent himself in the court proceedings but may need legal help if all of his court documents are not translated to English.

Bain is due back in court on April 3.