Quebec's corruption inquiry heard from a second engineer for the City of Montreal who admitted to taking bribes from construction bosses in return for favouritism on projects. 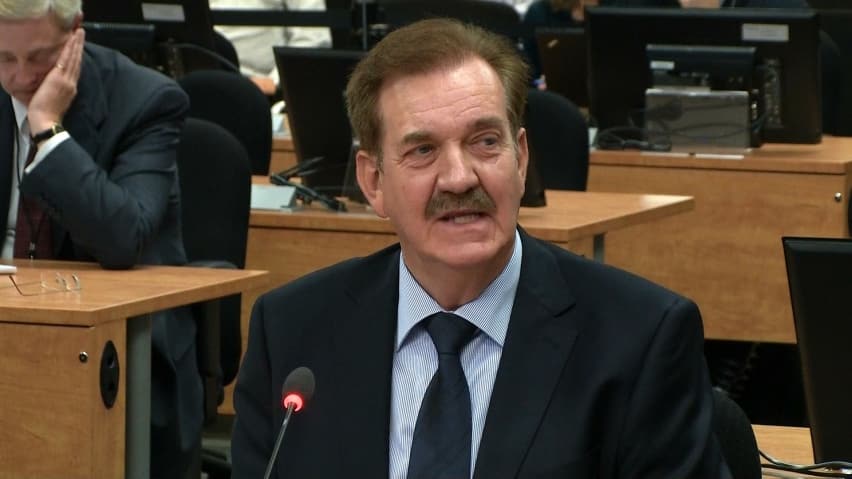 Quebec's corruption inquiry heard from a second engineer for the City of Montreal who admitted to taking bribes from construction bosses in return for favouritism on projects.

Luc Leclerc admitted to taking 25 per cent from the contingency costs on inflated bills construction companies charged on public projects. He said he had spent about $500,000 in ill-gotten cash over the years but couldn't say how much he had received.

He started by taking about 15 per cent of the so-called "extras" on contracts. During a golfing tournament he heard someone talk about taking 25 per cent and he decided to raise his own rates. He said the 25 per cent was only a theoretical number — he usually just took whatever was given to him.

He also testified that he golfed several times with Mafia boss Vito Rizzuto. He called the Cosa Nostra don a charming and funny travel companion during their group golf vacation in the Dominican Republic in 1997.

"He was an excellent travelling companion," Leclerc said, calling Rizzuto a true "gentleman."

Leclerc said he started accepting bribes and kickbacks around 1996.

The first one was a crisp, pink $1,000 bill slipped into a Christmas card. Those gifts would grow over the years, ranging from cash, hockey tickets and tropical golfing trips to smaller items like bath towels and even a ham from one construction boss.

Leclerc also admitted that Mafia-linked construction companies did work at his house and he never paid for it.

Leclerc appeared at ease as he began his testimony late Wednesday.

He said receiving bribes gave him a sense of power — and that he had no real need for the money because both he and his wife made good salaries.

He said he viewed the kickbacks as recognition for a job well done on his part.

He described the bribes a poisoned chalice. He said all that dirty money was difficult to spend, and he gave back $90,000 to authorities before testifying at the inquiry.

"It was a matter of conscience," he added.

Leclerc said that, as far as he knew, the rigging of contracts was going on outside of Montreal too — notably in the quickly expanding communities on the island's north shore.

He cited an example of a signalman on a site who appeared to know who would win a contract that hadn't been granted yet.

"When we've reached the point that the signalmen knew and, as far as I know, even the office workers and the secretaries too, just about everyone had heard about (collusion) at one point or another," he said.

Michel Dorval went after a former political organizer of Tremblay's Union Montréal party, who alleged in earlier testimony that the mayor knew about illegal election spending.

The inquiry heard about the witness's old shoplifting charge and pornography viewing habits.

During cross-examination today, the party lawyer claimed that Martin Dumont was fired for stealing food when he worked part-time at a grocery store in 1999.

Dumont admitted that he was charged with shoplifting and said he received an absolution after pleading guilty.

Later the lawyer suggested that, in 2004, Dumont was forced to switch jobs because he was caught viewing pornographic material while working at city hall. He was a special youth adviser to the mayor at the time.

Dumont replied that, in fact, he left to work for Tremblay's Union Montréal party as a political organizer because it was a promotion. His salary went from $50,000 to $65,000. He said that he offered his resignation after the pornography incident but it was not accepted.

He later went on to work in federal politics, as an official in several ministerial offices and in Prime Minister Stephen Harper's office. Dumont pointed out today that he passed the RCMP security clearance before being hired by the federal government.