In the past 20 years, more than 8,000 movies, TV shows, advertisements and news reports have been shot in Montreal.

CBC Montreal analyzed about 103,000 film permits to find out who is filming what, and where

Montreal has played New York City, Berlin and Paris so many times, you could say that the most talented actor in the city is the city itself.

Its eclectic architecture, combined with provincial tax credits and an abundance of production companies, lure local and foreign filmmakers alike.

In the past 20 years, more than 8,000 movies, television shows, advertisements and news reports have been shot in Montreal.

The appeal of the city for filming is twofold: Montreal can seamlessly transform into other North American and European cities, and provincial tax credits sweeten the deal.

Quebec offers a 20 per cent tax credit on all film production expenses, and up to 36 per cent for special effects and animation.

For Montreal, that translates to about $650 million a year generated from the cinema, television and after effects industries.

CBC Montreal analyzed about 103,000 film permits issued by the Montreal Film and Television Commission, the authority that must approve any film shoot that occupies a street, sidewalk, park or public building.

What stood out is that — although there's always a buzz in town when a big studio blocks off sections of Old Montreal —it's the nearly invisible film shoots that garner most of the permits.

Permits often go to small production companies that want to film in a park, or on a quiet street corner in the Mercier-Hochelaga-Maisonneuve borough, for example.

But seeing as it's those big budget outliers getting most of the attention, we'll focus on those films, along with a few locations that stand out.

By far the most popular shooting locations in the city are its biggest parks, especially Mount Royal.

Not only can these stand in for any urban park — Mount Royal and La Fontaine have played New York's Central Park many times — but parks have more relaxed logistics than crowded streets, making it attractive for ad shoots and news shows.

Mount Royal was recently the set for The Walk, the biographical film about tightrope walker Philippe Petit.

"The variety of the architecture we have really lends itself to other locales," said Alain Dahan, a location fixer who helps foreign producers scout shooting spots.

"On one movie I worked on, one side of the street was New York, and a couple of hours later, we're in France."

The corner of St-Paul and Bonsecours streets is especially popular, having played Paris in films like The Words and Smurfs 2 and as Murmansk, Russia in The Curious Case of Benjamin Button.

Vauquelin Place, next to Montreal City Hall, was famously the site of a battle scene in X-Men: Days of Future Past.

Place d'Youville stood in for Berlin in Confessions of a Dangerous Mind, and des Récollets Street as Liverpool in Grey Owl, said Yan Éthier, head of locations at the Montreal Film Bureau.

"Because of its architecture it's an easy choice," Mathieu said.

But the neighbourhood's development into a trendy area over the years has made filming there less attractive, he added.

New businesses and modern additions have taken away the pristine period look that it had 30 years ago.

"Back then, there were almost no boutiques, no restaurants, no condos. It was mostly warehouses. We could do almost anything," he said.

This major downtown park is a popular filming spot, not for the park itself but for what's around it. The Sun Life Building makes an impressive backdrop and the alleyway between Mansfield and Metcalfe Streets is "great for New York," Mathieu said.

Some major titles shot there include The Day After Tomorrow, Mr. Nobody, Warm Bodies, Punisher: War Zone, and the recently released Long Shot.

The East end neighbourhood is mostly used by local productions that don't have the budgets of American shows and movies.

Because of tight budgets, local productions can't move around a lot, and Hochelaga-Maisonneuve allows up to three scenes to be shot in the same place, he added.

Productions with the most permits

The vast majority of film shoots are small and only require a single permit. But some productions, especially long-running TV shows, have massive permit records. Here are the biggest ones.

This Radio-Canada drama about dedicated teachers in a troubled school tops the number of permits issued over the past 20 years with 2,350 at more than 200 distinct locations.

Most of the shooting was done in Hochelaga-Maisonneuve, on Ontario Street between Aird Avenue and Sicard Street, where a community centre played the role of the fictional Vieux-Havre school.

The award-winning police drama took out the second-largest number of permits, nearly 1,900, for both the French and English versions.

Although it was also loyal to the Hochelaga-Maisonneuve neighbourhood, shooting many scenes on Ontario Street East, it made use of much of the city, from Westmount to Ahuntsic-Cartierville. 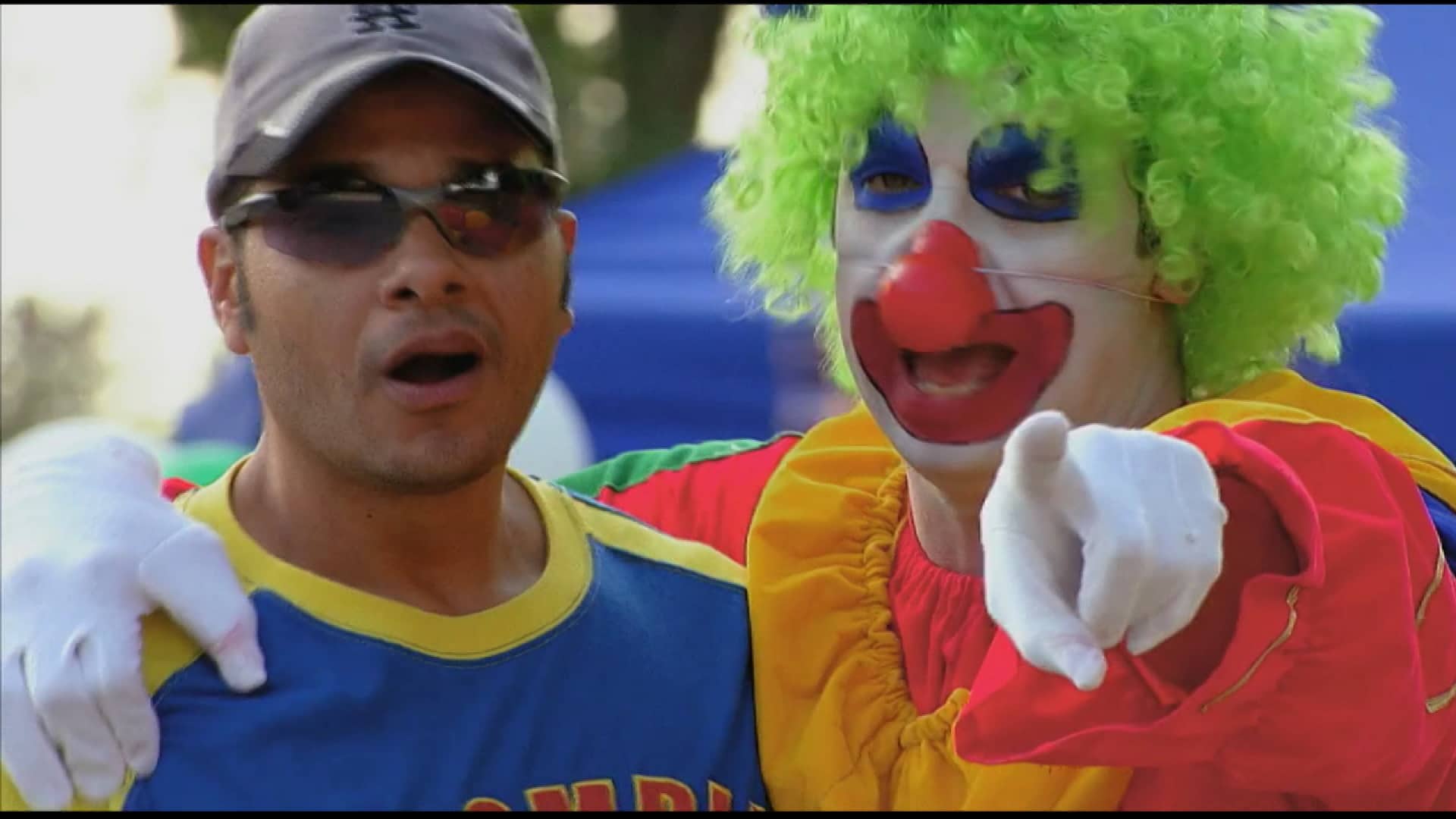 6 years agoVideo
2:30
As the Montreal-based series Just For Laughs Gags celebrates 15 years of success, it airs in 134 countries around the world and on 75 airlines. 2:30

It's no surprise that the world-famous hidden camera series shot lots of outdoor scenes — with more than 1,860 permits to its name.

Some of its favourite spots include La Fontaine Park, Square St. Louis in the Plateau-Mont-Royal, and St-Laurent Boulevard between Laurier and Saint-Joseph streets.

This American comedy about a vampire, a werewolf and a ghost who live as roommates took out more than 820 permits to shoot, mostly in the Milton Park neighbourhood close to McGill.

The series is set in Boston, and the neighbourhood's Victorian homes, some of them downright Gothic in look and feel, is an ideal setting for a supernatural comedy.

The Bold Type debuted in 2017 and it's already responsible for more than 700 film permits. Set in New York City, the show made ample use of St-Laurent Boulevard, Old Montreal and a few Mile End streets to represent America's largest city.

The TVA family drama has been running since 2012 with more than 660 permits. It has been shot all over the city, but the entrance to the Gay Village, on Ste-Catherine and Saint-André streets, has been especially featured in the show.

Want to see how the city transforms for the big screen? Click here to see ​CBC arts reporter Nantali Indongo cover the hot spots in Montreal that film studios love to use in their blockbusters.

Roberto Rocha is a data journalist with CBC/Radio-Canada.