A mining watchdog agency that was supposed to hold Canadian companies accountable for their actions overseas has done little to protect communities abroad, critics say. 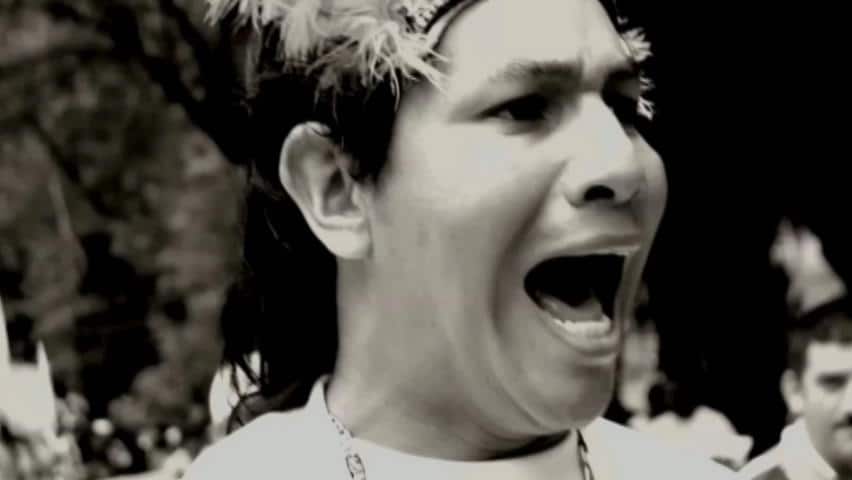 Inside the mining industry

9 years agoVideo
11:22
As Canadian mining companies expand their search for minerals, ground is being broken in countries that can be dangerous and sometimes corrupt, CBC's Wendy Mesley reports 11:22

A mining watchdog agency that was supposed to hold Canadian companies accountable for their actions overseas has done little to protect communities abroad, critics say.

The Toronto-based office, however, has only received two complaints in the past two years — one of which was recently dropped because the mining corporation chose not to undergo the voluntary investigation.

"The whole counsellor position is toothless," said Toronto-based lawyer Murray Klippenstein who is involved in a case against a Canadian mining company. "It's basically a whitewash .… It's a bogus PR job, as a cover for business as usual."

Canada is home to about 75 per cent of the world's mining and exploration companies, but is also among the  worst offenders abroad, according to a leaked 2009 report commissioned by industry group Prospectors & Developers Association of Canada.

The creation of the Office of the Extractive Sector Corporate Social Responsibility Counsellor was supposed to help companies act more responsibly.

The first complaint landed on the desk of the office counsellor, Marketa Evans, in April, when a Mexican mining union and mine workers accused a Canadian company of human rights violations.

Within six months, however, the office's investigation into allegations against Vancouver-based Excellon Resources Inc.'s La Platosa mine project was closed when the company refused to participate any further in the process.

Excellon accused the process of "legitimizing unfounded allegations against the company."

Since the process is voluntary, Evans had no recourse but to close the file this month.

The only other review stems from a complaint submitted in August against First Quantum Minerals Ltd. That case is currently in mediation.

"Two reviews. One starting. Another one, the mine says 'No thanks.' It speaks to my issue," says Liberal MP John McKay.

The MP from the Toronto riding of Scarborough-Guildwood tried unsuccessfully to make Canada-based mining corporations more accountable for their actions abroad.

His private member's bill would've given the federal government the authority to scrutinize the companies' behaviour and deny them federal funds if they committed abuses.

But the bill was narrowly defeated last October after a strong lobby effort by mining companies who argued legislation would hurt their reputations with frivolous claims and make them less competitive with extra regulations.

The official lobbyist registry shows that lobbyists met nearly 300 times with cabinet ministers, MPs and senior civil servants leading up to the House of Commons vote.

The Toronto-based corporate social responsibility office has been allotted an annual $650,000 budget to fulfill its mandate.

Evans defends the office against accusations of being toothless.

"I've heard that, but there are different views," said CSR counsellor Marketa Evans. "My process is voluntary for people who want to resolve through dialogue."

"I am not a policy maker. I implement the mandate I've been given."

In a press release, the industry advocacy group, the Prospectors & Developers Association of Canada, stated that the Excellon incident points to "growing pains" that are to be expected because of the complexity of the issue.

Canada's largest industrial labour union, the United Steelworkers, however, says Excellon's withdrawal from the process amounts to slapping the Canadian government in the face.

"The real losers in the process are the workers and shareholders," Ken Neumann, United Steelworkers national director for Canada said in a news release.

The group has been critical of the voluntary nature of Canada's corporate social responsibility process and has called for penalties for Canadian companies who commit human and labour rights abuses abroad.

In what could be a precedent-setting case, the lawyer has filed a civil lawsuit in Ontario against the Canadian mining company, HudBay Minerals, for a case in Guatemala.

"We think that ordinary Canadian rules of law that would apply to companies here logically legally apply to what they do overseas," said Klippenstein.

Eleven Guatemalan women allege that they were gang raped in 2007 by security guards forcibly removing them from the Mayan community of Lote Ocho near the Fenix nickel mine. HudBay did not own the mine at the time of the incident, but is named because it later bought the mine.

The allegations have not been proven in court. HudBay said the allegations run counter to all of the available information they have and plan to defend themselves "vigorously" in court.

"In many of these countries, such as Guatemala, it's a very sad tale that their courts and their police are frequently corrupt," says Klippenstein.