Livelihood or profit? Why an old fight over Indigenous fishing rights is heating up again in Nova Scotia

When a Nova Scotia First Nation launched its own self-regulated lobster fishery in September, it sparked renewed tensions with non-Indigenous commercial fishermen, protests and arrests. Here's what's behind it all.

A Mi'kmaw community in Nova Scotia is addressing a decades-old conflict head-on. In September, the Sipekne'katik First Nation launched its own Mi'kmaq-regulated, rights-based lobster fishery in St. Marys Bay, about 250 kilometres west of Halifax — believed to be the first of its kind in the province.

It came 21 years to the day after a Supreme Court ruling that affirmed a treaty right to hunt, fish and gather in pursuit of a "moderate livelihood." That decision affected 34 Mi'kmaq and Wolastoqiyik (also known as Maliseet) First Nations in New Brunswick, Prince Edward Island, Nova Scotia and the Gaspé region of Quebec.

The problem is moderate livelihood was never clearly defined.

And so the Sipekne'katik's move last Thursday sparked anger, protest and violence in nearby Saulnierville, N.S.

Here's what you need to know to understand the current tensions.

What did the 1999 Supreme Court case decide?

The landmark case involved Donald Marshall Jr., a Mi'kmaw man from Membertou, N.S. In August 1993, Marshall caught and sold 210 kilograms of eel with an illegal net and without a licence outside of the Department of Fisheries and Oceans (DFO) regulated season.

What are the Peace and Friendship Treaties?

Between 1725 and 1779, the British signed several peace and friendship treaties with various First Nations, including the Mi'kmaq of what is now Nova Scotia. The treaties established peace and commercial relations. They guaranteed hunting, fishing and land-use rights for the descendants of the Indigenous signatories.

The 1999 Supreme Court ruling failed to solve everything. In the days following the ruling, Mi'kmaw fishers began to harvest lobster outside the commercial season, as was their understood right under the ruling.

Opposition was swift and fierce. Violence between non-Indigenous lobster fishermen and the Mi'kmaw fishermen broke out. The West Nova Fishermen's Coalition applied for a rehearing, stating that the Marshall Decision would not only affect the eel fishery, but others, too, including lobster.

That led to a rare clarification from the high court, issued in November of the same year.

The clarification, known as Marshall 2, essentially said that the federal government could in fact still regulate the Mi'kmaw fishers if there were concerns about conservation, providing there was consultation with the First Nations groups and the government could justify its concerns.

In the past year or so, the Trudeau government has reached moderate livelihood agreements with three bands — one in Quebec and two in New Brunswick.

About a week before the Mi'kmaq-regulated fishery was launched, federal Minister of Fisheries Bernadette Jordan said that another rights and reconciliation agreement, as they are known, is near in New Brunswick, but that there are no deals close in Nova Scotia, despite optimism earlier this year that an agreement would be reached.

What is the Sipekne'katik First Nation's rights-based fishery?

The Sipekne'katik launched their own self-regulated fishery on Sept. 17. It grants fishing licences to its band members who meet requirements set out by the band management plan.

Sipekne'katik Chief Mike Sack told CBC's Information Morning in Nova Scotia that their licence authorizes 50 traps per fisher and that they will be monitored.

"We have our own guardians that will enforce our rules and regulations, so there's no need for anyone to interfere at all," he said.

Licences and lobster trap tags were granted to seven harvesters on the fishery's first day.

Normally, there are 979 inshore lobster licences in this fishing area — known as LFA 34 — which is one of the most lucrative in Canada.

Sack said the Mi'kmaq of Sipekne'katik are concerned about conservation themselves and take less than five per cent of the lobster in the area.

As for the definition of "moderate livelihood," Sack said it is "unknown," but that "the average Nova Scotia income should be at least the starting point."

Why are non-Indigenous commercial fishermen angry?

The Mi'kmaq reject that claim.

The non-Indigenous fishermen want the DFO to enforce regulations that prohibit a commercial lobster fishery when the season is closed.

The non-Indigenous fishers say the off season — which runs from late May until late November — gives the crustaceans time to moult and reproduce.

Bailey, who supports the Sipekne'katik fishery, said science doesn't back the claim that it will pose a risk to conservation. She said the commercial effort in the area is normally hundreds of thousands of traps, and the number of traps going in right now would be "a negligible impact on the stock."

"I don't think it's a conservation concern at this scale," she told CBC's Information Morning on Sept. 22.

What has the federal response been?

Chief Sack attended a meeting with Fisheries Minister Jordan, Indigenous Relations Minister Carolyn Bennett and other chiefs on Sept. 21, during which they discussed the ongoing dispute.

Following the meeting, the two ministers released a statement affirming that the Mi'kmaq have a constitutionally protected treaty right to fish in pursuit of a moderate livelihood. The statement said officers from DFO, the RCMP, the coast guard and from public safety are being deployed to help with any dangerous situations.

A DFO spokesperson said in a Sept. 22 email to The Canadian Press that a conservation and protection team is "monitoring activity in southwest Nova Scotia."

"If charges are warranted based on the findings of the investigation, the matter would be referred to the Public Prosecution Service of Canada."

WATCH | Fisheries minister says no one disputes right to fish for moderate livelihood, but 'it has to be within the Canadian framework': 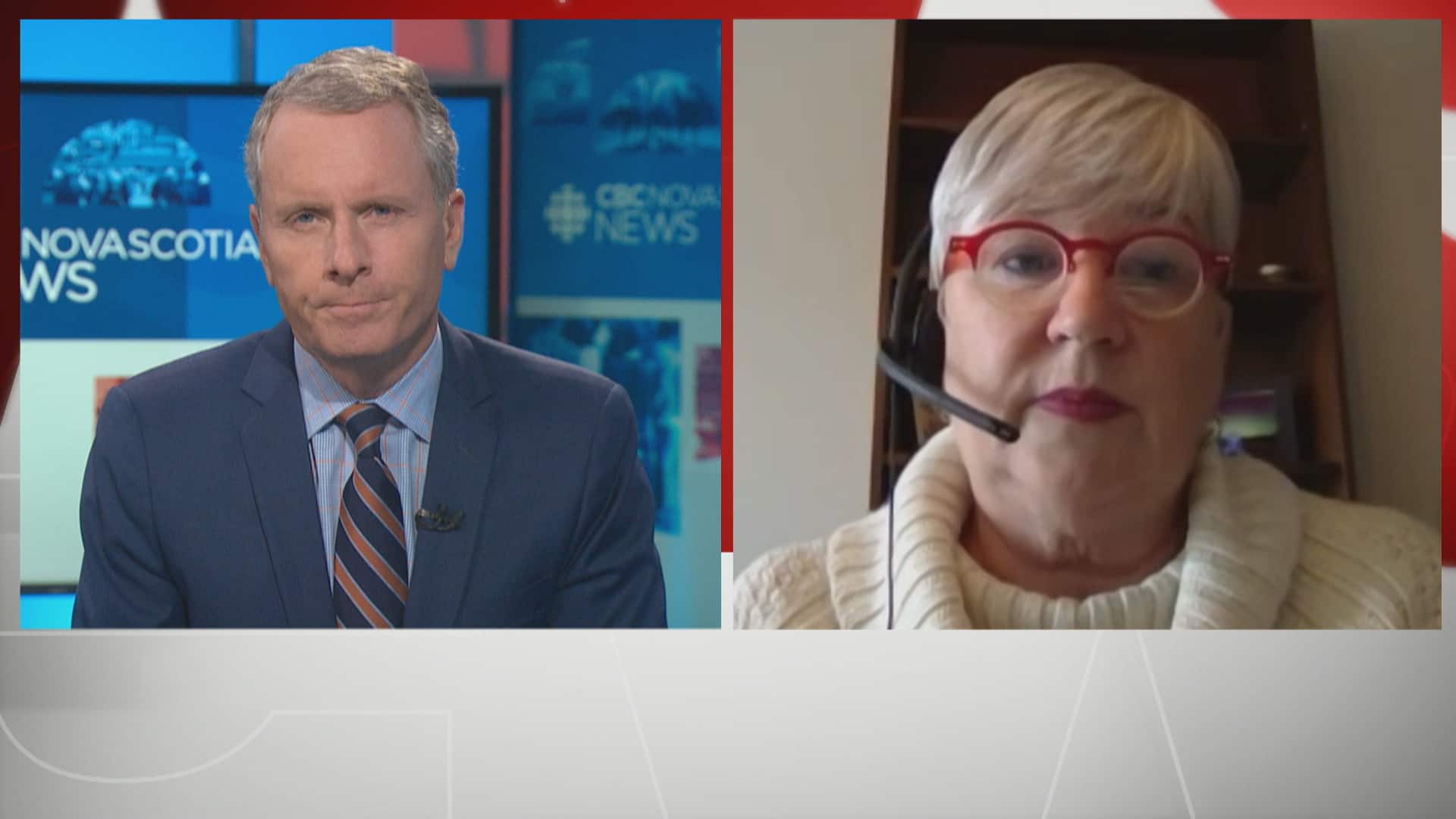 1 month ago
6:39
Fisheries Minister Bernadette Jordan said she wants to have a sit-down meeting with commercial harvester representatives and Indigenous leaders to find the best path forward. 6:39

To properly address the unfolding situation, Sack said, the government needs to step up and keep non-Indigenous fishers from interrupting their work.

"The government could uphold our treaty and respect our moderate-livelihood management plan and keep those commercial fishermen from interfering with what we're doing," he said.

Tensions arose again in southwest Nova Scotia when dozens of commercial fishermen began gathering in New Edinburgh on the afternoon of Oct. 13. By nightfall, a van was set ablaze outside a facility where Mi'kmaw fishermen were storing their catches. The facility was damaged and lobster stolen.

A few days later, a lobster pound holding the catch of Mi'kmaw fishers in Middle West Pubnico was destroyed in an overnight fire that the RCMP deemed suspicious.

Members of Parliament held an emergency debate in the House of Commons on Oct. 19. to address the handling of the dispute. Fisheries Minister Jordan said lobster stocks in the province are healthy, as she condemned the violence and urged "respectful dialogue."