'Like being in a war': Women seek to overcome trauma of 1970s Quebec youth detention

Women who spent time in youth detention centres in Quebec in the 1970s have come together four decades later, remembering the trauma they faced there in the hopes of healing.

After growing up in Montreal’s Marian Hall, they have reconnected to tell of their time there

In 2009, Eleanor Lindsay began looking for the women she calls family. She googled "Marian Hall" over and over, looking for any clues to the girls she grew up with in a detention centre on Elm Avenue in Beaconsfield, Que.

Marian Hall was a reform school for girls founded in 1956 by the Sisters of the Good Shepherd. In 1972, after the Quebec government centralized youth protection services, the nuns were replaced by child-care workers and Marian Hall became known as a "centre for re-education" for English-speaking girls aged 12 to 18.

In the mid-1970s, it made the pages of Montreal papers repeatedly. Tales of self-mutilation and vandalism from within accompanied management's calls for extra funding from without.

The bureaucratic tussling ended abruptly in 1976 when, after investigation, the government shut it down, citing "its overly jail-like conception."

The girls who were housed there were scattered to the winds, reassigned to other youth centres, group homes and foster homes. Some were sent back to the very homes they were supposed to be protected from. Others just became runaways again.

Lindsay plugged away at her online search, but such old information was scant. Finally, one day, she found a story in the Westmount Examiner under the headline of "Nightmare on Elm Street."

She clicked and read all about Deborah Hughes, the lone protester trying to bring attention to "the abuse I received there." In the comments, there was another name Lindsay recognized. She typed in her phone number and left a note saying: "Call if you ever get this."

It took five years, but Lindsay woke one morning to her answering machine flashing red. It was a message from Collie Wells, who'd finally seen the phone number in the comments.

"Ellie and I had one phone call when we first found each other," said Wells, sitting in her dining room in Victoria. "I had even forgotten … what the grounds of Marian Hall look like, but suddenly I was remembering. And so I said I'll call you every week, and then we just didn't call each other again.

"In the middle of this jubilation, there was also a reservation. Am I, you know, prepared or willing to bring all this up again?"

"All this" is a dark corner of Quebec's past brought into stark light in 1975. Gillian Cosgrove, then a 22-year old reporter for the Montreal Gazette, went undercover as an "éducatrice" in Maison Notre-Dame de Laval, a major holding centre for girls in Quebec's youth protection system.

"Notre Dame de Laval was like a clearing house," said Cosgrove, now semi-retired and living in Toronto. "It would take in all sorts of girls, runaways, truants, juvenile delinquents ... special needs kids and psychiatric patients. One of the really awful things about it is they put them all into the same melting pot."

Worse was what Cosgrove saw inside.

"I'll never forget the vision when I saw solitary confinement for the first time.... It was so nightmarish that I couldn't believe it was true, going on in a modern society like Quebec," she said. "It was — it's still a shock to my system."

Her Montreal Gazette exposé of Maison Notre-Dame de Laval revealed the use of force, restraint and the solitary confinement of young girls, the majority of whom were in the system as protection cases.

The public outcry was fierce: within days, 45,000 had signed a petition urging the government to put an end to the mistreatment.

The government response was swift. Within days, investigators were sent into Maison Notre-Dame de Laval, and Claude Forget, the minister of social affairs at the time, vowed to minimize the use of solitary confinement.

"There was a sense of relief, like I can breathe again," Cosgrove said. "Things are going to change. We're gonna have reform, the kids are not going to be treated like criminals…. And so that was my relief, and I happily went on with my life, until a few months ago when it shattered apart again."

The bolt came from Rita Correia.

Correia and another person from Marian Hall, Morag Gray, had hooked up with Wells and Lindsay. Though they waived the weekly phone call, they caught up, joked around and occasionally poked into the "dark corner" on a Facebook page set up by Lindsay.

"I'm telling you, she should have been a detective," Correia said of Lindsay. "She was researching all these articles and then she was sending them to me."

Among them was Cosgrove's 1975 exposé.

"I thought, wow, like somebody cared," Correia said, noting that their paths never actually crossed with Cosgrove back then. Still, "I just had … to reach out and just say thank you. Like, thank you for caring."

So Correia found Cosgrove on Facebook and sent her a message saying just that. 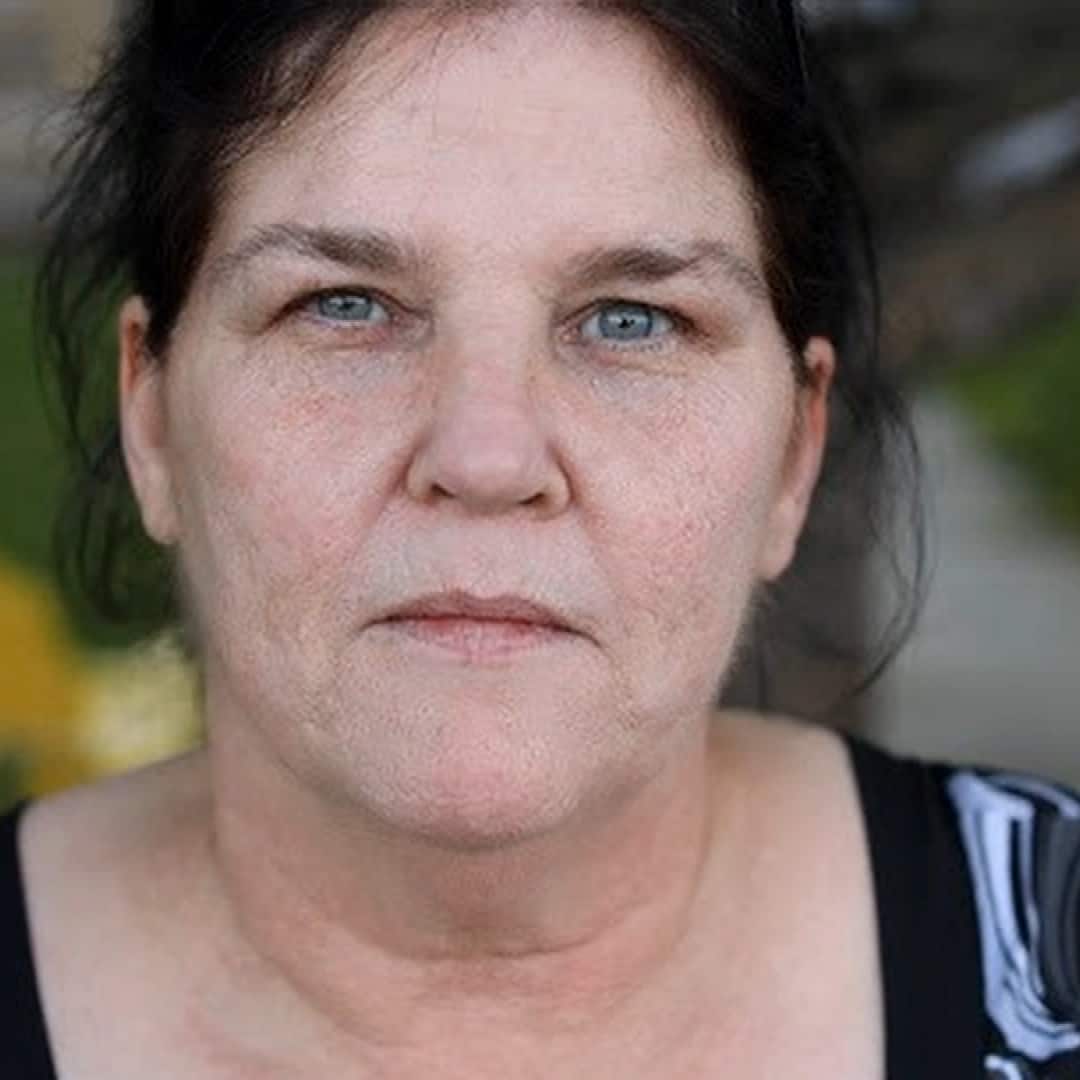 At first, Cosgrove was thrown off kilter.

"I was, quite frankly, overwhelmed," she said.

But soon, she saw an opportunity for resolution, for finding out what happened to some of the children who were in the system at the time of her reports.

Cosgrove replied and, after a few months of back and forth, they created a chatroom for the now-five from Marian Hall — Carol Dempsey had joined their ranks — and Cosgrove.

According to Wells, that's when the "reservation" disappeared.

"It was like it exploded all of a sudden, it was like everybody wanted to tell a part of their story," she said. "Gillian kind of is like the authority figure, you know? We're still the girls and now we have somebody listening."

As a group, they've been piecing together their time in Marian Hall.

Together, they've dissected every inch of the building: the sight of guards rushing at them, the sounds of doors shutting and locks turning. They've suddenly remembered names of staff, sometimes to someone's horror. They've talked of self-harming and a lack of self-worth, of the lineups for the eight cigarettes they were given every day and their nightly dose of liquid valium, of their attempts to run away and the defeat of being hauled back.

"Their stories came out in dribs and drabs," said Cosgrove, who acts in the chat as either a fly on the wall or a reporter. "Then they started talking about the hole. And I said, what was the hole? Well, that's where you were sent. Solitary confinement was the hole."

Cosgrove asked repeatedly whether the use of isolation ended after her exposé.

"They said, 'Well, we were cut off from the world but as far as we [knew], it went on for years,' " said Cosgrove. "So it had me scratching my head for the first time wondering, did I really affect change?"

That doubt rippled through the group and toughened their resolve to tell their story publicly.

"I was still locked away until 1979," Wells said. "I still went into isolation. I still was locked down. I still was controlled with cigarettes. It was just in a different detention after that. So was anybody really listening?

"You know, part of why I'd like to do this," she continued, "to tell this story, is because I think it's time for the kids to speak."

"It's important to find them, more of them," said Lindsay. "They were my family."

Wells, who now works as the manager of a community outreach program in Victoria, has a slightly different take.

"They're like … soldiers I went to war with," she said. "I feel like when children go through that ... amount of trauma, it is kind of like being in a war."

They recently decided to step up the fight. Lindsay has put herself forward as principal claimant in a class action seeking damages from the Quebec government filed last Wednesday.

"It's not something I ever thought about in real sense. But I can tell you that in 2015 when the girls and I first discussed contacting a journalist, we did talk about taking it to court," Lindsay said. "But like everything, we never felt we had the power to do it. And now I guess we do."

"All this coming together, I know this will make us all feel stronger. I don't today, but I know it will. This is what it's all about: to be able to feel whole."