Ziigimineshin brings beaders together on Treaty 1

Known as Ziigimineshin — which means "dropping beads" in Ojibway — the beading symposium started on Thursday and wraps up Sunday at the Manitoba Museum in Winnipeg.

Beadwork artists have gathered at the Manitoba Museum this weekend to share their knowledge with each other and celebrate the traditional Indigenous art — which one of the event organizers says is a sign of resilience.

"There was a while when Indigenous people couldn't gather. We can't forget that," said Franchesca Hebert-Spence, the lead organizer of the beading symposium.

"That culture was suppressed, so now seeing all these people here is amazing."

The beading symposium, called Ziigimineshin — which means "dropping beads" in Ojibway — started on Thursday and wraps up Sunday.

The four-day symposium at the Winnipeg museum includes speakers, beading events and vendors.

It's an important opportunity to bring artists together, says Hebert-Spence.

"We want to talk about techniques," Hebert-Spence said Saturday.

She expected about 160 artists to show up during the course of the symposium.

This is the second iteration of the symposium, with this event being presented by the Manitoba Craft Council in partnership with Urban Shaman art gallery and the Manitoba Museum.

Watch Jack Theis explain what beading means to him: 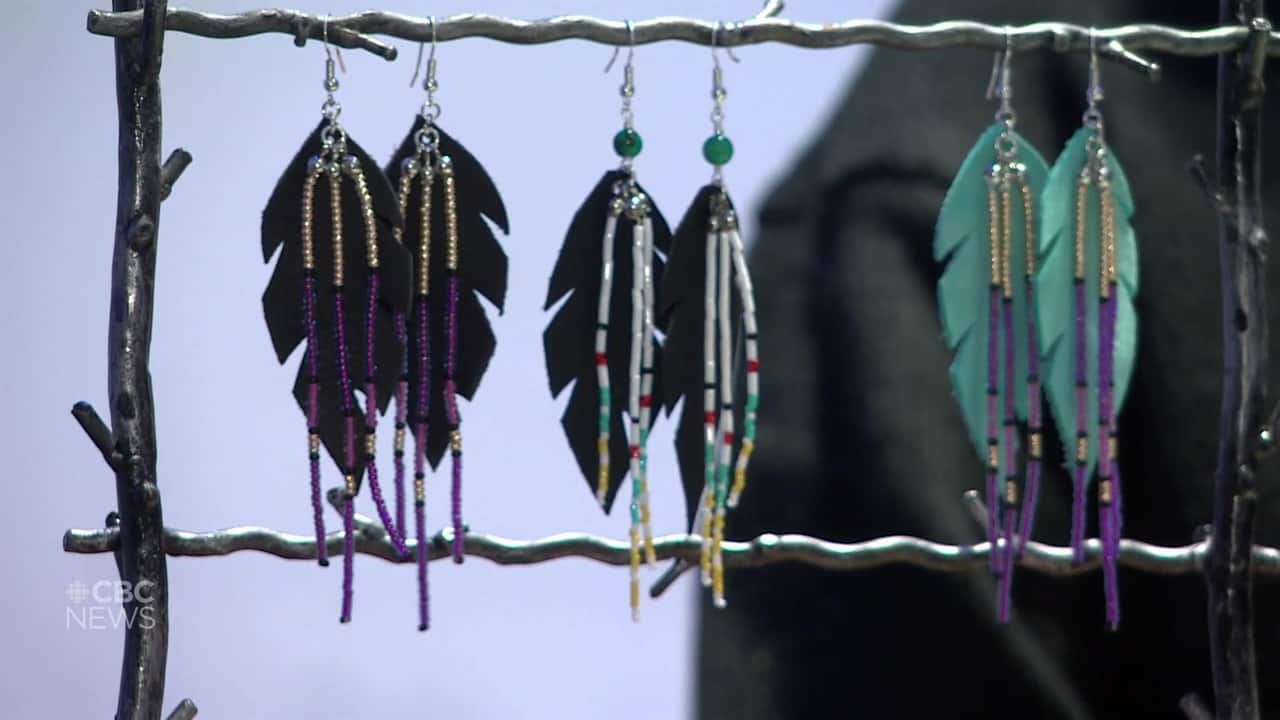 12 months agoVideo
0:53
Beadwork artists gathered at the Manitoba Museum this weekend to share their knowledge with each other and celebrate the traditional Indigenous art — which one of the event organizers says is a sign of resilience. 0:53

On Saturday, beaders gathered around tables to share their work and discuss the art.

Jack Theis was one of the few men sitting and beading at a table.

"It's nice to be around women because they challenge me intellectually more so, and I've learned a lot of great lessons from them," Theis said.

"I used to think I was patient when I was younger, but beadwork has really taught me more lessons than anything."

Theis, who is of Romanian and Anishinaabe-Métis descent, started beading about three and a half years ago. He says art is one of the ways he connects with his ancestors.

"When I wear my own beadwork, it definitely is really powerful and I love wearing it here in Winnipeg, in my homeland," said Theis.

"It's just a great feeling because I know my ancestors will be proud."

The third beading symposium will be held next year in Regina, Sask., Hebert-Spence says, but dates have not yet been set.