The Winnipeg Regional Health Authority's budget was again scrutinized on Monday, as the provincial government and NDP argued over whether the department is facing funding cuts.

'This is more investment not less,' health minister says, after rejecting NDP allegation of a $36 million cut

The Winnipeg Regional Health Authority's budget was again scrutinized on Monday, as the provincial government and NDP argued over whether the department is facing funding cuts.

The opposition party produced a new internal document showing the WRHA plans to find $36 million in savings through a number of categories, ranging from laundry and food production to consolidating patient beds and staffing.

Instead, the Progressive Conservatives argued a $45.5 million increase in provincial funding from the prior year demonstrates the government is actually investing more in health care.

"We reject this notion somehow of cuts," said health minister Cameron Friesen. "This is more investment not less."

The figures the NDP trumpeted Monday show the initiatives the WRHA is pursuing to balance its budget and offset growing costs such as inflation, a health authority spokesperson said.

The NDP argued the $36 million reduction this year follows $83 million in savings the province directed the WRHA to find in 2017-18.

"To see another $36 million dollars puts some big question marks for what this government's plan is to deliver quality health care in Manitoba."

The NDP shared another document Monday, also obtained through a freedom of information request, that showed the provincial government is spending $33.5 million in order to consolidate operations.

The expenditures include $12 million for an ambulatory clinic at Health Sciences Centre and $5 million to redevelop the emergency department at St. Boniface Hospital.

"The Pallister government has not only found a way to cut health care directly, giving Manitobans less health care, but they're actually spending money in other areas to again deliver less health care to people in this province," Kinew said.

We must on the short-term do whatever we can to harness efficiencies, to be able to consolidate services.- Health Minister Cameron Friesen

Friesen said his government is pleased with its investments in capital projects.

CBC News asked the WRHA for an explanation on the $36 million in savings it has been asked to find — which the health authority is refusing to describe as a cut.

The WRHA said it saved $4.7 million through "clinical consolidation" by grouping patients with similar needs together, which reduces patients' length of stay and, accordingly, the number of beds patients require.

Staffing levels increased in some areas because of the new categorization of patients, but decreased elsewhere because they were no longer needed, the WRHA said. These various efficiencies brought almost $3.7 million in savings, he said.

Another $4.4 million will be saved through a variety of initiatives, such as cutting back on the duplication of on-call services, signing new supply contracts and creating shared management positions between facilities.

"The changes we're making is because the health-care system in its present form is not sustainable," Friesen said. "We must on the short-term do whatever we can to harness efficiencies, to be able to consolidate services. 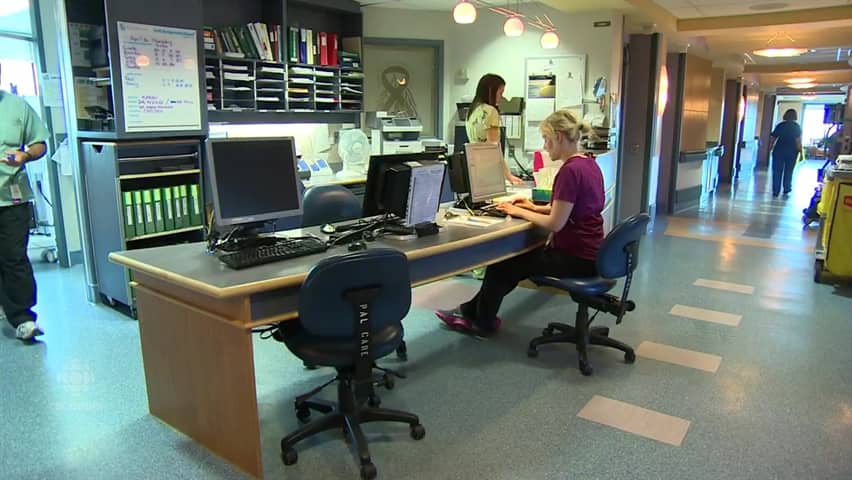 2 years agoVideo
1:57
'This is more investment not less,' health minister says, after rejecting NDP allegation of a $36 million cut. 1:57