Manitoba Public Insurance has been overrun with collision claims, leaving frustrated drivers waiting to get their vehicles fixed. 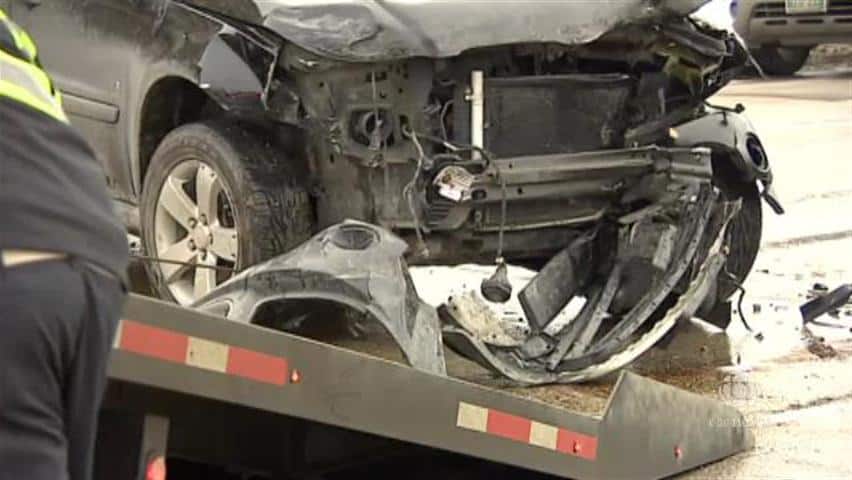 7 years ago
1:54
Manitoba Public Insurance has been getting a lot of collision claims lately, with frustrated drivers having to wait a while to get their vehicles fixed. 1:54

Manitoba Public Insurance has been overrun with collision claims, leaving frustrated drivers waiting to get their vehicles fixed.

Just a week into January, the public auto insurer has already received more than 3,300 claims, which is on pace to be higher than normal.

There were about 16,700 claims in December, which was the highest in 15 years, according to MPI officials, who attributed much of the influx to weather and road conditions.

People trying to file claims with MPI are contending with busy phone lines, and the insurer's main compound for damaged vehicles is about 900 over capacity.

"We are trying to take measures to alleviate it," MPI spokesman Brian Smiley said of the overflowing lot.

"We're parking the vehicles in areas where they normally wouldn't be parked."

Some towing companies are hanging on to smashed-up vehicles longer than usual because of the number of crashes, and auto repair shops are already very busy.

"Your reputation's built upon service, but when you say a month to six weeks, you know, it's hard," said Kelly Kostynyk, owner of Gateway Autobody.

Drivers who spoke to CBC News on Tuesday had different ideas on who to blame for all the fender-benders, from other drivers to the City of Winnipeg's snow-clearing efforts.

"I totally believe it's the city. They need to smarten up and get these roads done," said Denise Broderick, whose rear bumper was seen dangling from her vehicle.

"I actually had some guy hit me in the back due to the icy road conditions," she said.

MPI says despite the number of claims, the 0.9 per cent rate increase that's expected to take effect in March is the only one motorists can expect at this time.