Back in the office: How some employers are preparing for return of workers

Some companies continue to have employees do their jobs from home as the pandemic persists, but others are edging closer to fully bringing their workers back to the office.

Some companies invite staff back, while others plan for remote work for foreseeable future

Some companies continue to have employees do their jobs from home as the pandemic persists, but others are edging closer to fully bringing their workers back to the office.

For commercial realtor Cushman and Wakefield/Stevenson in Winnipeg began phasing in employees in May, starting with 20 employees, said firm president Aaron DeGroot.

Now, approximately 85 out of 100 employees are back.

"There's absolutely no substitute for getting into a room with your colleagues in a safe manner," said DeGroot.

DeGroot's firm implemented what's called the "six feet office" concept, developed by his colleagues at Cushman and Wakefield in the Netherlands. It's a set of principles that help businesses set up their spaces to maintain social distancing practices.

"Their creativity really starts to flow in those situations, so we felt it was really important to get our group back together to collaborate," he said.

To implement the concept at their Winnipeg office, which has 15,000 square feet of space and three floors, Cushman and Wakefield/Stevenson spent approximately $20,000 to put up signage and partitions. DeGroot and his team are now offering free consultations to other businesses that want to do the same.

At their office located at 55 Donald St., arrows on the floor dictate one-way traffic in a clockwise direction. Circles around workstations indicate where it's safe to sit. Boardrooms are marked with the maximum number of people allowed in. Desks are spaced two metres apart, and in the cafeteria, orange round stickers direct employees where to stand.

DeGroot said employees are also required to sanitize all the touch points they use, such as taps and door handles.

"In the middle of a pandemic, we know that people's stresses are already heightened, so we did everything that we could within our power to ensure that people had a comfortable, safe place to come back to," he said.

Some workers will remain remote

While DeGroot wants to bring back his entire workforce, other companies dare keeping some staff at home indefinitely.  That includes insurance provider Canada Life, which has around 3,300 employees in Winnipeg.

Cathy Weaver, senior vice-president of human resources, said the company plans to have no more than 25 per cent of their staff return to the office before the end of the year — a policy implemented across the country.

Weaver said 95 per cent of staff have been working from home since March. For September, Canada Life is gradually increasing the number of employees in the office to 15 per cent, which is around 500 staff members at their Winnipeg headquarters.

They might have more return after that, but the number won't rise above a quarter of their local workforce, said Weaver.

"We are slowly returning, making sure that we keep our work environment as healthy as possible to make sure that physical distancing doesn't become a challenge simply by having too many people within our workspace," Weaver said.

At their office on 60 Osborne St.N, Weaver said Canada Life has posted capacity limits for each room, including elevators, washrooms and cafeterias. Employees are asked to wear masks while they're in the office and cleaning measures are enhanced, she said.

Weaver said determining who gets to return to the office is dependent on "business need." For example, workers who can be more productive by accessing paper files for business processing can return.

With two other Winnipeg locations, Weaver said it's also possible for the company to close some of their office spaces.

"With the expectation of probably having more people work from home in future, I expect the number of office locations we have is likely to look a bit different," she said.

AMIK, an Indigenous hiring firm based in Headingley, has been helping employers fill temporary positions that can't be done from home during the pandemic.

Some of the more recent AMIK placements include reception and administrative roles that required workers to come into the office, said AMIK's Indigenous engagement consultant.

"With Indigenous workers, a lot of them have young children. There's a lot of factors that make work from home really challenging," said Melissa Chung-Mowat.

"Having employers be accommodating, allowing those workers to … have some structure and work within the office has been really helpful."

It's also important for employers to remain flexible in supporting their workers during this time, she said.

"It's more than just having that space, it's having broad support available as well," said Chung-Mowat.

For Oxygen Technical Services, an information technology company based in Winnipeg, bringing employees back didn't require a complete overhaul or a lot of money.

The company has brought 30 out of its 35 employees back to its headquarters at 882 Bradford St.

Glen Buhler, the company's CEO, said it's important for the team to be together — something they've tried to establish through "virtual happy hours" while working remotely.

"Having people come in, I just felt … that from a culture perspective, we missed something in the few months where our employees were remote," Buhler said.

Although it's not mandatory for employees to return to the space, it is encouraged if they feel safe to do so.

Oxygen's office already had work stations set up two metres apart, so bringing staff back in July only required a few changes: glass partitions were installed and a hub with safety gear and personal protective equipment was set up in the middle of the office.

Staff are still conducting meetings with clients online, unless they need to be in the field for installations, Buhler said.

In a time where businesses are thinking about giving up office space, Buhler also plans to expand beyond Oxygen's 8,000-square-feet headquarters. He said they're in the midst of buying a competitor and its space, and that deal should be finalized by next year.

For now, the current company office space hums along with safety measures in place, albeit with its staff lounge closed.

"No more foosball tournaments or our video game tournaments, unfortunately," said Buhler. "But overall, reducing meeting sizes and those kinds of things, our staff have adapted quite well to the whole process." 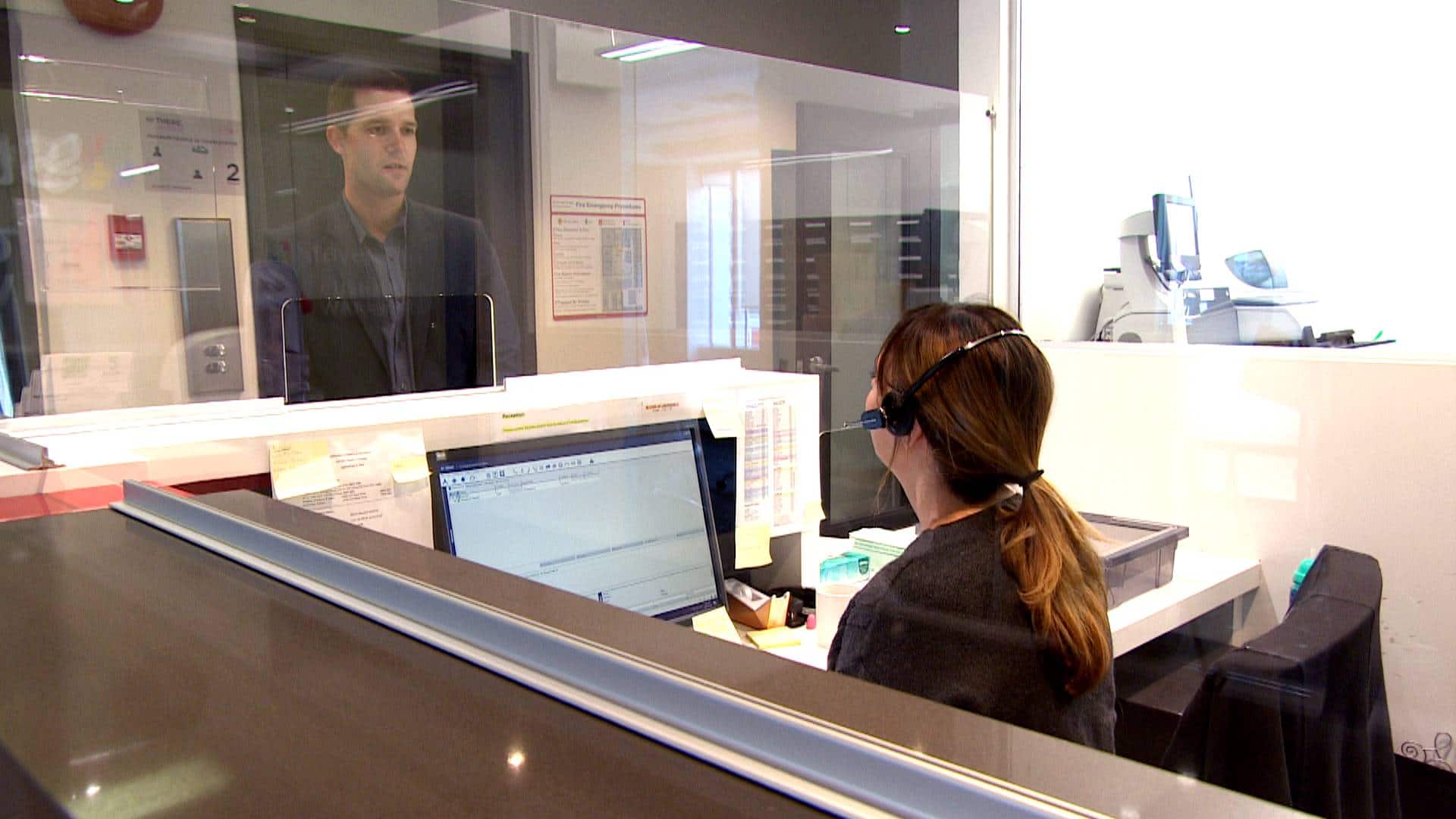 Changes in the workplace

19 days ago
2:11
Some companies continue to have employees do their jobs from home as the pandemic persists, but others are edging closer to fully bringing their workers back to the office. 2:11