The City of Winnipeg may wipe St. Charles off the electoral map and create a new south Winnipeg ward in time for the 2018 municipal election.

The City of Winnipeg may wipe St. Charles off the electoral map and create a new south Winnipeg ward in time for the 2018 municipal election.

Winnipeg's ward-boundaries commission is recommending the dissolution of St. Charles and the creation of a new ward called Waverley West as part of an effort to balance the population in all 15 of the city's wards.

The commission's draft report, published on Wednesday, recommends the most significant changes to Winnipeg's electoral map since the city reduced the number of wards to 15 in 1992. The commissioners were handed the task of redrawing boundaries to ensure each individual ward boasts close to the average ward population of 47,016 people.

Based on 2016 population data, city wards as they currently exist range in size from a paltry 32,171 in St. Charles to an unwieldy 68,112 in South Winnipeg-St. Norbert, creating an unequal workload for city councillors and unequitable levels of representation for their constituents.

The ward-boundaries commissioners — Queen's Bench judge Ken Hanssen, University of Winnipeg president Annette Trimbee and Winnipeg senior election official Marc Lemoine — write in their report they were not solely guided by the need to balance the populations in every ward.

The commissioners write they attempted to keep neighbourhoods intact, based on their historic identities and common interests, tried to respect major natural and human boundaries and tried to plan for future growth.

"​Achieving these goals has meant, after careful consideration of all the presentations, and the population statistics and projections now available, making some major changes," they write.

The biggest changes are the creation of a new Waverley West ward in the fast-growing southwest corner of the city, and the dissolution of St. Charles, by far the smallest ward, by distributing its neighbourhoods to St. James and Charleswood-Tuxedo.

The proposed change, which will be the subject of a final public hearing on Nov. 1, was immediately assailed by some councillors and praised by others.

"It looks to me like there's been political manipulation," said Mynarski Coun. Ross Eadie, claiming the commission's recommendations will please Mayor Brian Bowman by eliminating the St. Charles ward, represented by Bowman critic Shawn Dobson, and creating a new suburban ward likely to be led by someone friendlier to the mayor.

"I believe the mayor is exercising his powers somehow," Eadie said.

A battle between incumbents?

If approved, the changes would set up a re-election fight between two incumbent councillors — Dobson and current St. James-Brooklands-Weston Coun. Scott Gillingham.

Gillingham said while he would not mind representing a larger ward, he does not relish the prospect of competing with his current colleague.

"If it's another incumbent councillor, that's not ideal, but there is a possibility this could happen," said Gillingham, confirming he will seek a second term next year.

The ward-boundaries commission also opted not to place downtown within a single ward, as some inner-city activists suggested. Instead, they decided downtown will continue to be carved up into portions of Daniel McIntyre, Point Douglas and Fort Rouge-East Fort Garry in an effort to ensure it's represented by three city councillors instead of one.

St. Vital, St. Boniface and South-Winnipeg St. Norbert would also lose neighbourhoods, either to their neighbours or to the new Waverley West ward.

Lopping off a few hyphens

Finally, the commissioners recommended simplifying three ward names that were lenghthened by politicians in recent years.

"Historically, from Polo Park to the Perimeter, people refer to that region as St. James," Gillingham said.

If approved, the ward-boundary changes would take effect in September 2018, when the nominations for the next municipal elections close.

Winnipeggers vote for ther next mayor, city councillors and school trustees on Oct. 24, 2018. 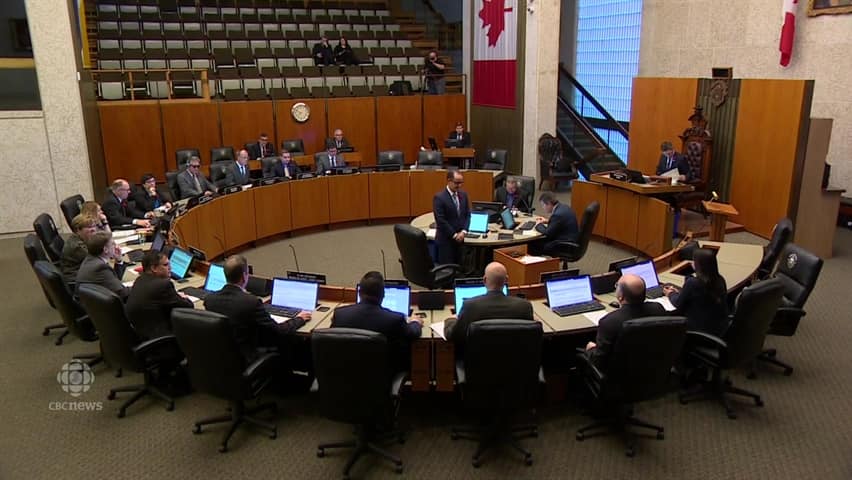 3 years ago
1:47
Winnipeg's ward-boundaries commission is recommending the dissolution of St. Charles and the creation of a new ward called Waverley West as part of an effort to balance the population in all 15 of the city's wards. 1:47