A curbside memorial marks the loss of a Winnipeg Transit driver who was hit and killed by a vehicle on Main Street near a transit garage in West Kildonan.

A curbside memorial marks the loss of a Winnipeg Transit driver who was hit and killed by a vehicle on Main Street near a transit garage in West Kildonan.

By Wednesday morning, a cross with the words "Rest in peace my brother" and a Winnipeg Transit operator badge pinned to it appeared at the site where the driver was hit around 6 p.m. Tuesday.

The 62-year-old man was hit by a northbound vehicle while he was walking east across Main at Matheson Avenue, police said. He was pronounced dead at the scene.

The president of the Amalgamated Transit Union 1505 confirmed the death to CBC News.

"It is with deep sadness that I am sharing the untimely passing of a fellow operator involved in the fatal accident early this evening in front of the Transit North Garage," Romeo Ignacio wrote in an email late Tuesday night.

"Our sympathies [go] out to the family and friends the operator left behind, and respect the privacy of those mourning the loss." 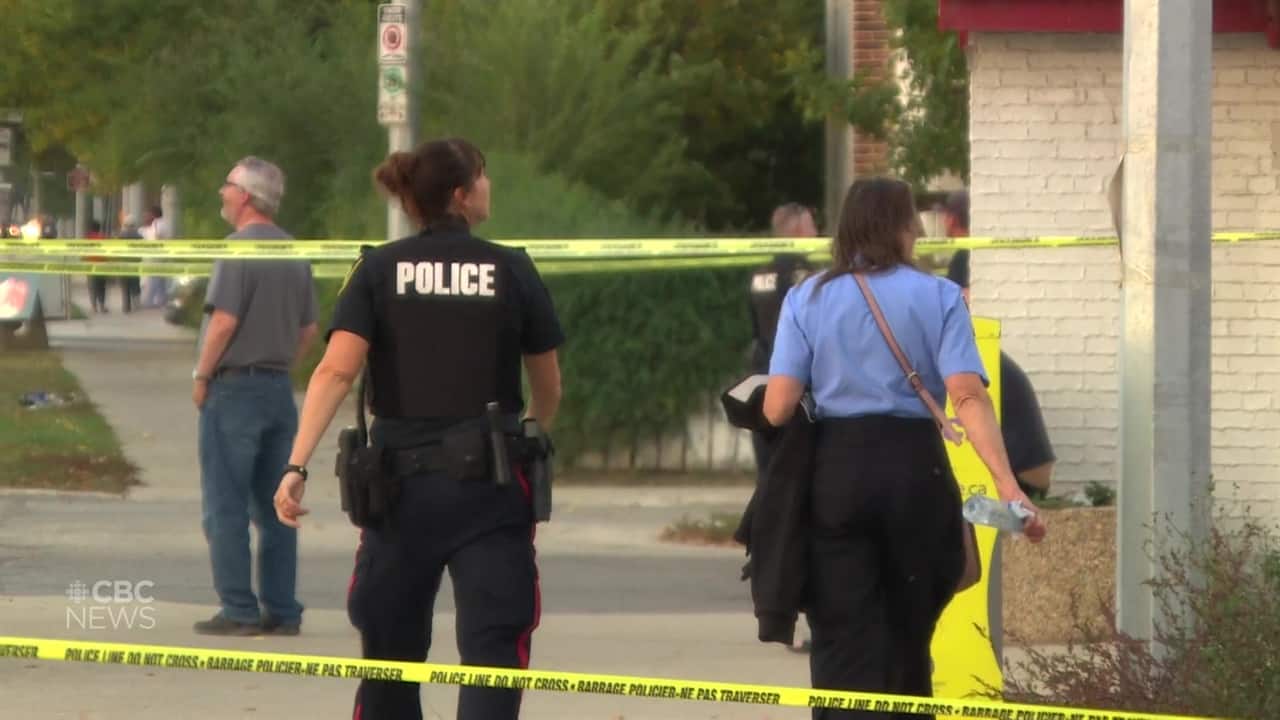 28 days ago
0:36
A large police presence was seen near the crash at Main Street and Matheson Avenue Tuesday night. Police confirmed a pedestrian died. The union representing Winnipeg Transit drivers said an operator was killed. 0:36

Before the driver's death, there had been close calls at that intersection, Ignacio said.

"This is a busy intersection, especially because there are buses coming in and out, and it's 60 kilometre-per-hour zone," he said.

Ignacio would also like to see more free parking behind the Transit garage for drivers to reduce the need to cross the street. Currently, drivers have to pay, and Ignacio said he isn't sure there is enough space for everyone.

Other drivers and transit staff who saw the crash are struggling to process what happened, ATU spokesperson James Van Gerwen said.

"It's always difficult to lose a member," Van Gerwen said. "He was a hell of a nice guy."

Police had left the Matheson and Main area by Wednesday morning.

The driver remained at the scene Tuesday night, police said, and the investigation continues.

With files from Austin Grabish, Meaghan Ketcheson and Cameron MacLean