A Winnipeg teen who spent 12 years unable to verbally communicate with his family, now has a burgeoning art business. 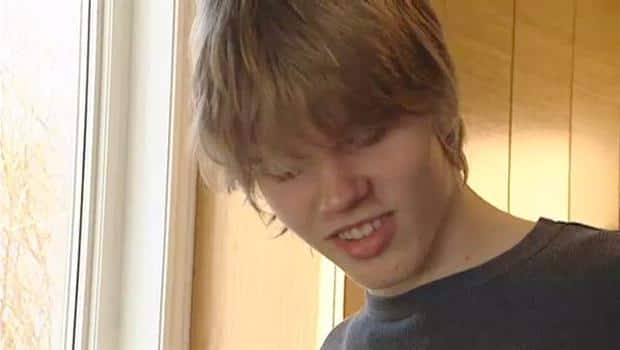 8 years ago
1:56
A Winnipeg teen with autism spent 12 years unable to verbally communicate with his family. Now, Noah Falk has created hundreds of photos that his parents have turned into greeting cards and prints. CBC's Tiar Wilson reports. 1:56

A Winnipeg teen who spent 12 years unable to verbally communicate with his family, now has a burgeoning art business.

Noah Falk was diagnosed with autism when he was 20 months old, and his mother Kalyn said they have had a difficult time communicating verbally with him since.

"He’s not considered functionally verbal, so he can say the word cheeseburger for sure and music and speakers but if I say, ‘How is your day?’ he can’t really answer that," said Kalyn.

But four years ago, the family discovered a new way to communicate.

On a family trip, Noah took the camera from her and started taking his own pictures.

"I downloaded like 800 pictures that he had taken and suddenly we were like, he is seeing the world in a very different way and he has a different perspective," said Kalyn.

"It kind of felt like he was trying to communicate to us."

Kalyn has since turned his photos and drawings into greeting cards. They’re now for sale on his Facebook page, Noah’s Art Winnipeg. All the money raised goes back to Noah, usually in the form of a new digital camera.