After more than a decade at the helm, Alexander Mickelthwate is set to step down as music director of the Winnipeg Symphony Orchestra.

After more than a decade at the helm, Alexander Mickelthwate is set to step down as music director of the Winnipeg Symphony Orchestra.

On Monday, the WSO announced Mickelthwate will be leaving his position at the end of the 2017-18 season. When he departs he will have served 12 seasons with the group, making him tied with Bramwell Tovey for the longest-serving music director in the orchestra's history.

"I am grateful for my years with the WSO and my years in Winnipeg," Mickelthwate said in a WSO news release on Monday.

"I will continue to think of myself as part of the WSO family for years to come. Yes, we have raised two hockey playing Canadian boys."

Mickelthwate started with the WSO in 2006. His last year is also the orchestra's 70th anniversary season.​ 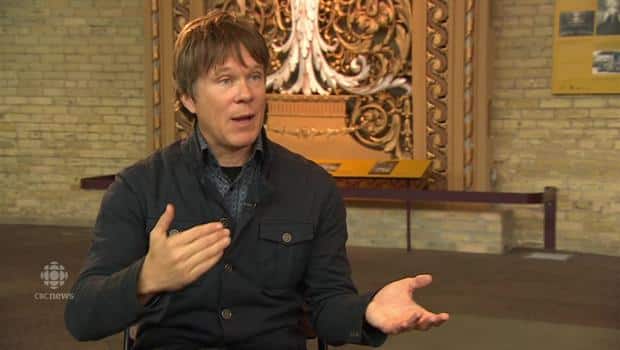 6 years agoVideo
1:08
Check out an extended interview with the Winnipeg Symphony Orchestra's Alexander Mickelthwate on what's in store for the 2015 New Music Festival. 1:08

He's moving on to become the music director of the Oklahoma City Philharmonic, starting with the 2018-19 season.

"The Oklahoma City Philharmonic is recognized as one of the premier regional orchestras in the United States," the release states. "This appointment marks a very significant step in an ongoing process of artistic development for Maestro Mickelthwate and the Winnipeg Symphony Orchestra."

The WSO thanked Mickelthwate for his years as the face of the orchestra and praised his achievements in developing Winnipeg's New Music Festival, building community engagement with the orchestra and helping create the Sistema Winnipeg program, which provides music training to children without access to resources.

Mickelthwate's departure was announced at a special meeting of board members, staff and musicians on Monday.