A Winnipeg school bus driver says he's fed up with motorists who don't respect the rules of the road around his bus and he's urging drivers to pay more attention.

A Winnipeg school bus driver says he's fed up with motorists who don't respect the rules of the road around his bus and he's urging drivers to pay more attention.

"I see everything. They don't stop for my stop sign. They look at it and just keep driving," said Justin Bucklaschuk.

Bucklaschuk has driven a bus serving five schools in the Elmwood area for five years. On Thursday, he wrote a post in the neighbourhood's Facebook group after he and and students counted no less than 11 cars that drove past his bus without stopping that morning, despite the fact his lights were on and the bus's stop sign was deployed.

"I honked and I got as many licence plates as I could. But I have to choose between making sure my kids get on my bus safely or getting licence plates," he said.

Licence plates can be used to process tickets or warnings against drivers. Some students managed to note the names of companies on branded vehicles that drove by and Bucklaschuk said he followed up with those companies.

He's even asked Winnipeg police to see if they can send extra cruisers to hotspots where it happens.

Bucklaschuk says it's frustrating and stressful when drivers don't stop for his stop sign like they're supposed to. It makes him worry for his students' safety.

"I see everything from texting and driving to, you know, I've actually seen somebody eating sushi with chopsticks while driving," he said. "I don't know what to say. It's crazy."

Death 'hits me right in the heart'

Surafiel Musse Tesfamariam, 8, died Tuesday after being struck and killed by a truck while he was using the crosswalk.

"Honestly, it saddened me even though I have never driven in that neighbourhood with my bus," he said. "It hits me right in the heart because it could be potentially be any one of my 40 children I have on my bus."

So far this year, there have been 30 recorded violators of the signs, Basso said, slightly less than this time last year. That number only includes infractions where bus drivers were able to note licence plates and Basso suspects there have been many more.

"Very frequently we are getting reports where the driver is saying 10, 12, 14 vehicles have passed and they weren't able to catch any of the plates due to dirt, obviously, and the speed," he said.

When bus drivers spot violators, they need to note the licence plate or even a portion of it. Buses come equipped with front-facing cameras to verify incomplete plate numbers. Drivers fill out standardized forms and submit them to police. After that, violators may face a warning or a fine of up to $675 and two demerits.

Basso said the school division has added new safety features to its buses to ensure other vehicles stop, including LED signs and an extra stop sign on some buses in the fleet.

He said he thinks that in recent years drivers have become more complacent or are more likely to speed.

"We try to train our drivers to be as defensive as possible, but you cannot be defensive enough to stop a vehicle that's going past you," he said. "At that point in time, the only thing you can do is report it and hopefully process it to the fullest of the law."

Bucklaschuk urged drivers to be more aware of what's going on around them when they get behind the wheel.

"Put their cell phones in their glove box. Put their cigarettes in the ashtray. Don't worry about drinking. You aren't going to die of dehydration on your drive," he said. "And just pay attention to your drive and your surroundings." 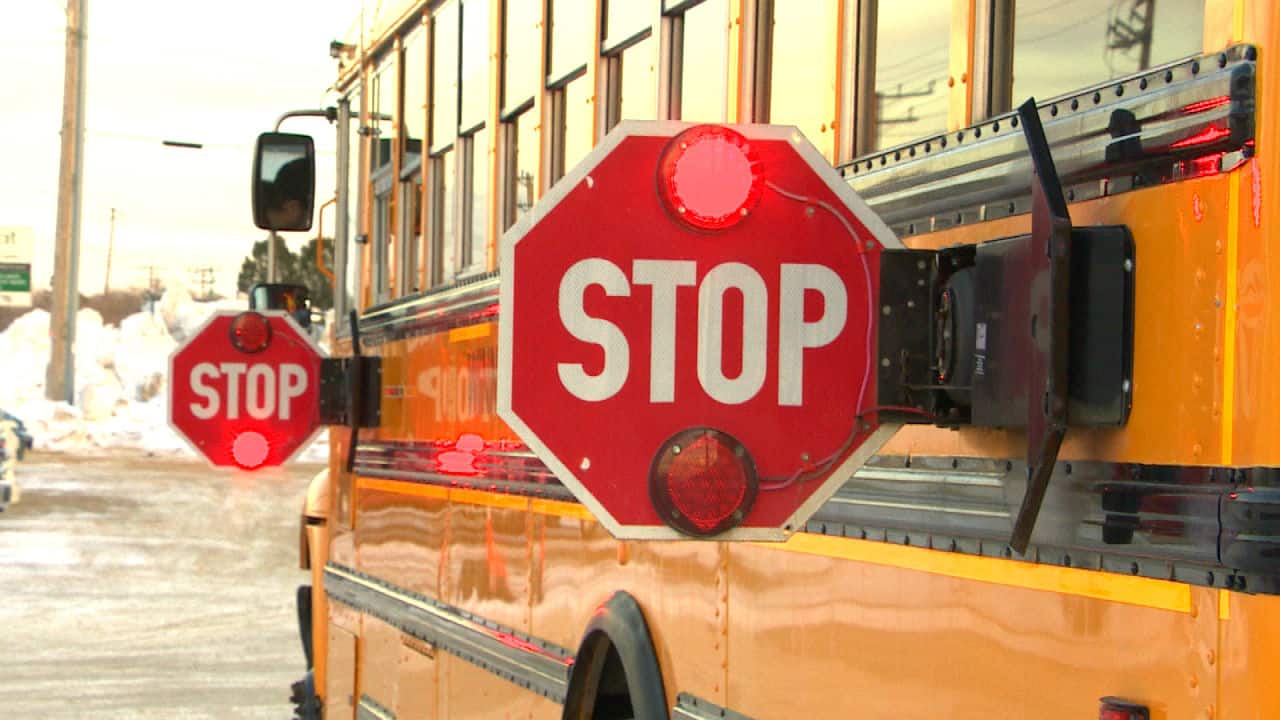 3 years agoVideo
2:27
A Winnipeg school bus driver says he's fed up with motorists who don't respect the rules of the road around his bus and he's urging drivers to pay more attention. On Thursday, he counted no less than 11 cars that drove past his bus without stopping, despite the fact his lights were on and the bus's stop sign was deployed. 2:27

With files from Marianne Klowak and Aidan Geary