Runners in Winnipeg laced up at Assiniboine Park on Sunday morning for a mini-marathon to raise money for a maternity department at a hospital in Gaza.

The Run for Palestine event is a humanitarian event, not a political one: organizer

Runners in Winnipeg laced up at Assiniboine Park on Sunday morning for a mini-marathon to raise money for a maternity department at a hospital in Gaza.

"Winnipeg is such a great city, and we're always ready to help anybody that's in need," said Ramsey Zeid, president of the Canadian Palestinian Association of Manitoba, during a Saturday interview with guest host Keisha Paul on CBC Manitoba's Weekend Morning Show.

Nearly a hundred people showed up for the Winnipeg run, which surprised Zeid, who said they were not expecting that many to come for the first event in Winnipeg.

The cross-Canada event has raised $160,000 so far this year and half a million dollars in the last ten years, said Zeid.

This year's five kilometre run was in support of the Al-Shifa Hospital in Gaza, which is the largest medical complex and central hospital in the Gaza Strip. Proceeds from all the events across Canada will go toward the hospital's maternity department, Zeid said.

"They need equipment, they need furniture, so that's where we decided the money is going to go this year," said Zeid, adding that the run is a "humanitarian event," rather than a political one.

"At some point, everyone needs a hospital, so why not raise money for a hospital?"

The Run for Palestine event is a chance for people to have fun outside and enjoy Palestinian food at the park, according to Zeid.

Zahara Rizvi, president of Students for Justice in Palestine at the University of Manitoba, helped organize the event. She said it only takes effort and motivation to make change.

"We're adding to that microcosm of events" that support rebuilding in Gaza, she said.

Mona Zangana, a legal assistant and volunteer at the run, said it was heartwarming to see a diverse group of people come together for the event.

"It means a lot to me — not just as a Palestinian but as a human being — that people here are supporting this cause."

While the turnout more than tripled organizers' expectations, Zangana hopes there will be even more runners at next year's event.

LISTEN | Runners across Canada are lacing up for an event called Run for Palestine: 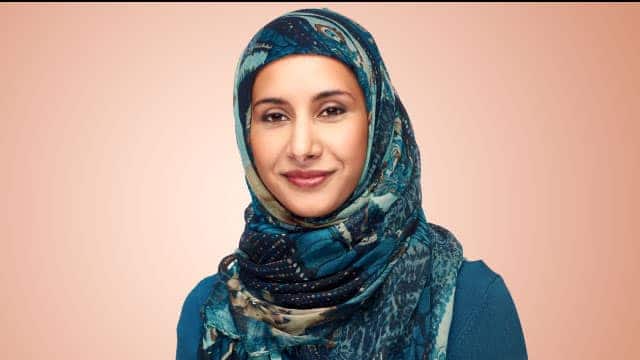 The Weekend Morning Show (Manitoba)4:26Runners across Canada are lacing up for an event called Run for Palestine
Ramsey Zeid, president of the Canadian Palestinian Association of Manitoba, joined guest host Keisha Paul to tell us about a run raising money for a hospital in Gaza this weekend.

Özten Shebahkeget is a web reporter at CBC Manitoba. She is a member of Northwest Angle 33 First Nation, born and raised in Winnipeg's inner-city. She recently completed the MFA in writing program at the University of Saskatchewan, where she wrote a speculative verse novel set at the Manitoba Legislative Building. You can send feedback, ideas and tips to: ozten.shebahkeget@cbc.ca.

With files from Joanne Roberts and Keisha Paul