A Winnipeg woman is certain she and her father could have died after she says a man in a white truck pursued her through the city's west end and repeatedly struck her vehicle. 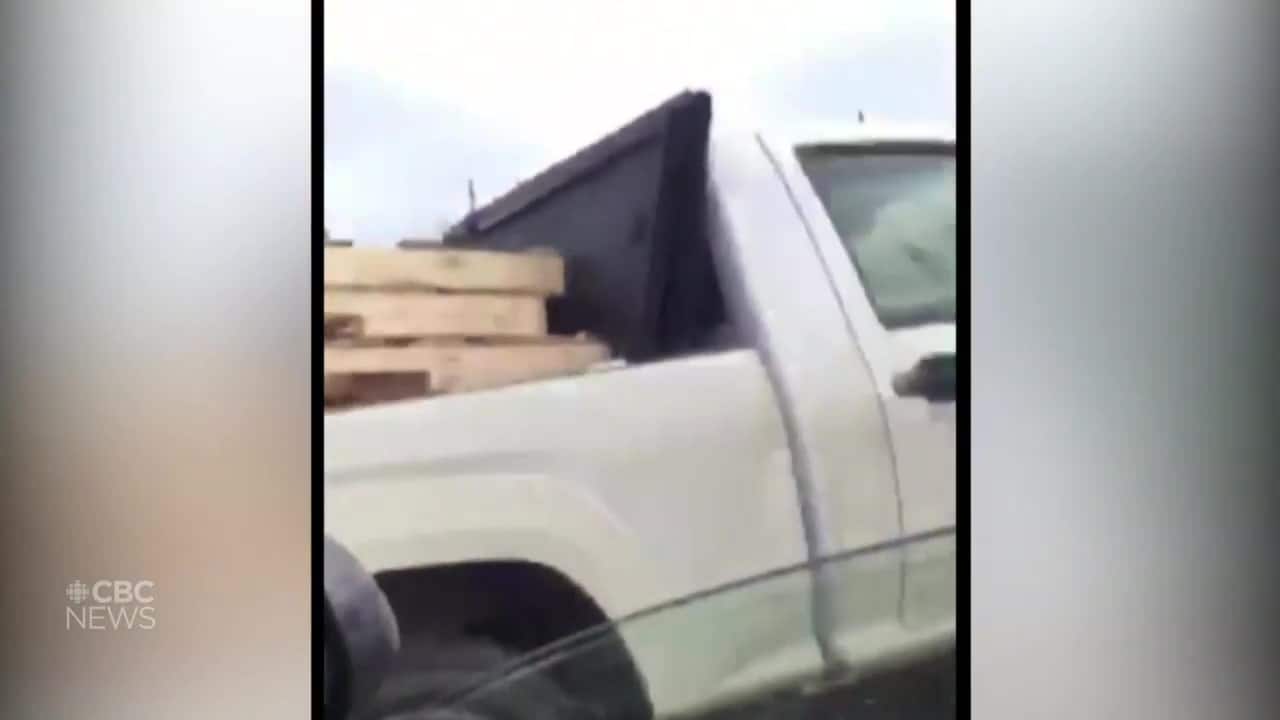 3 months ago
0:40
Kiana Jobo and her father were driving when an angry man they didn't know followed them in his truck for 10 minutes, ramming their car on all sides. 0:40

A Winnipeg woman is certain she and her father could have died after she says a man in a white truck pursued her through the city's west end and repeatedly struck her vehicle.

Kiana Jobo was driving her father to the bank on Thursday at about 3 p.m. when she decided to make a left turn from Sargent Avenue onto Milt Stegall Drive.

Jobo says another driver going eastbound on Sargent was turning right at the same intersection, so she inched forward to ensure it was safe to make the turn.

"A man in ... a white Chevy Colorado aggressively drove up to my vehicle in the intersection and stopped right in front of my car and got extremely and unreasonably aggressive realizing that I was in his lane. And so he starts honking his horn and flipping me off," Jobo said.

"It was traumatizing," she said.

Jobo took off speeding, and says she was pursued by the man. She blew through stop signs, she says, going up to 80 kilometres per hour southbound on Valour Road, while being repeatedly rammed from behind, causing her to hit a number of other cars parked on the street. 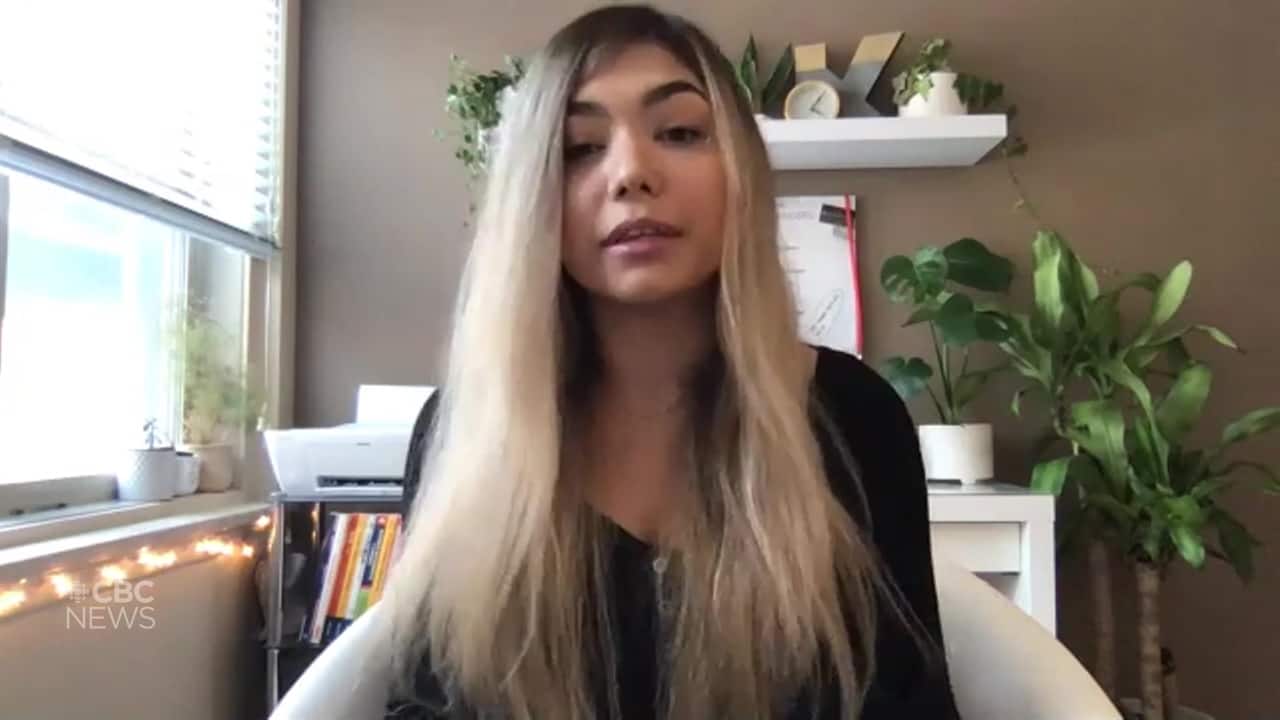 Police say driver to be charged after road rage incident

3 months ago
1:58
A Winnipeg woman says she is terrified to get back in a vehicle after being hit repeatedly by a truck. 1:58

"It was like a game of cat and mouse. It was honestly the most terrifying experience in my life," she said. "What was going through my mind was that I am going to die. My dad is going to die."

In a video her father shot while the incident was happening, Jobo can be heard saying, "Follow me! Follow me!"

She says a man witnessed the chase and was taking a video, and she called at him to follow along to document it.

Jobo eventually merged onto Portage Avenue and drove eastbound, attempting to duck in between vehicles so the man couldn't hit her from behind.

"He was able to get beside me on the driver's side and sideswipe the side of my vehicle, causing me to spin out on Portage Avenue and hit the median," she said.

It was at that point that the man also spun out, and ended up facing oncoming traffic. Jobo and her father managed to get away. Amazingly, neither of them were hurt.

With severe damage to all sides of the vehicle and a broken window, Jobo drove directly to the RCMP D Division headquarters, which was just a few blocks away.

'He's taken my sense of security'

Const. Rob Carver with the Winnipeg Police Service told CBC News that a 57-year-old man will be charged with one count of dangerous operation of a vehicle and was released until his court appearance.

The charge hasn't been proven in court.

Jobo thinks the man should be charged with attempted murder.

"This person was coming at my vehicle so relentlessly. He was not stopping," she said, adding that she has plans to file a protection order against the man.

"He's taken something from me. He's taken my sense of security."

Above all, Jobo doesn't want this to happen to anyone else.

"I think that as a community, everybody has a right to know that this person is out here, is a danger, is a menace to society," she said. "I would not have been here today, had I … not gotten away."

"It's an option that we have available to us and we exercise it on a regular basis," he said.

In those cases, the customer must open a claim and pay their deductible, Smiley said. The cost of the deductible gets refunded after the Crown corporation recovers it from the responsible driver.

Tickets issued by police for road rage incidents can also lead to long-term consequences for drivers, Smiley said, such as suspension or mandatory courses on responsible driving.

Smiley said he couldn't speak to Jobo's case specifically. However, he has seen the video captured by her father.

"I found it very disturbing," he said.

Drivers who are the victim of road rage should try to de-escalate the situation, he said. If you have a passenger, MPI recommends recording the encounter to help process your claim later on.

"You don't want to be giving hand gestures or having any verbal confrontations. You want to try to drive away from that particular road rager," he said.

"If you know where a police station is, drive there or try to attempt to wave down a police officer or call 911 immediately."