'Something had to be done': Early closures, noise rules coming for Winnipeg-area bars and restaurants

People going to licensed restaurants and bars in the Winnipeg area will see new rules in effect starting Wednesday evening, including cutoff times for liquor and dine-in service and a requirement to leave contact information with staff.

People going to licensed restaurants and bars in the Winnipeg area will see new rules in effect starting Wednesday evening, including cutoff times for liquor and dine-in service and a requirement to leave contact information with staff.

Under those restrictions, liquor service will need to stop between 10 p.m. and 9 a.m., and staff will need to make sure dine-in customers are gone by 11 p.m. Takeout and delivery will still be allowed after that, and dine-in service will be allowed to resume at 6 a.m., Chief Provincial Public Health Officer Dr. Brent Roussin said at a news conference Monday.

"It's certainly a challenge for the sectors, but I think most people wanted to be part of the solution and were acknowledging that something had to be done," Roussin said.

Staff will need to collect contact information in writing from one person per table. They'll have to hold onto it for 21 days, in case it's needed for contact tracing, then destroy it immediately.

The new restrictions came after the province consulted with people in the industry about what changes could stop COVID-19 from spreading in those settings, which health officials said have been linked to an increasing number of cases in recent weeks. 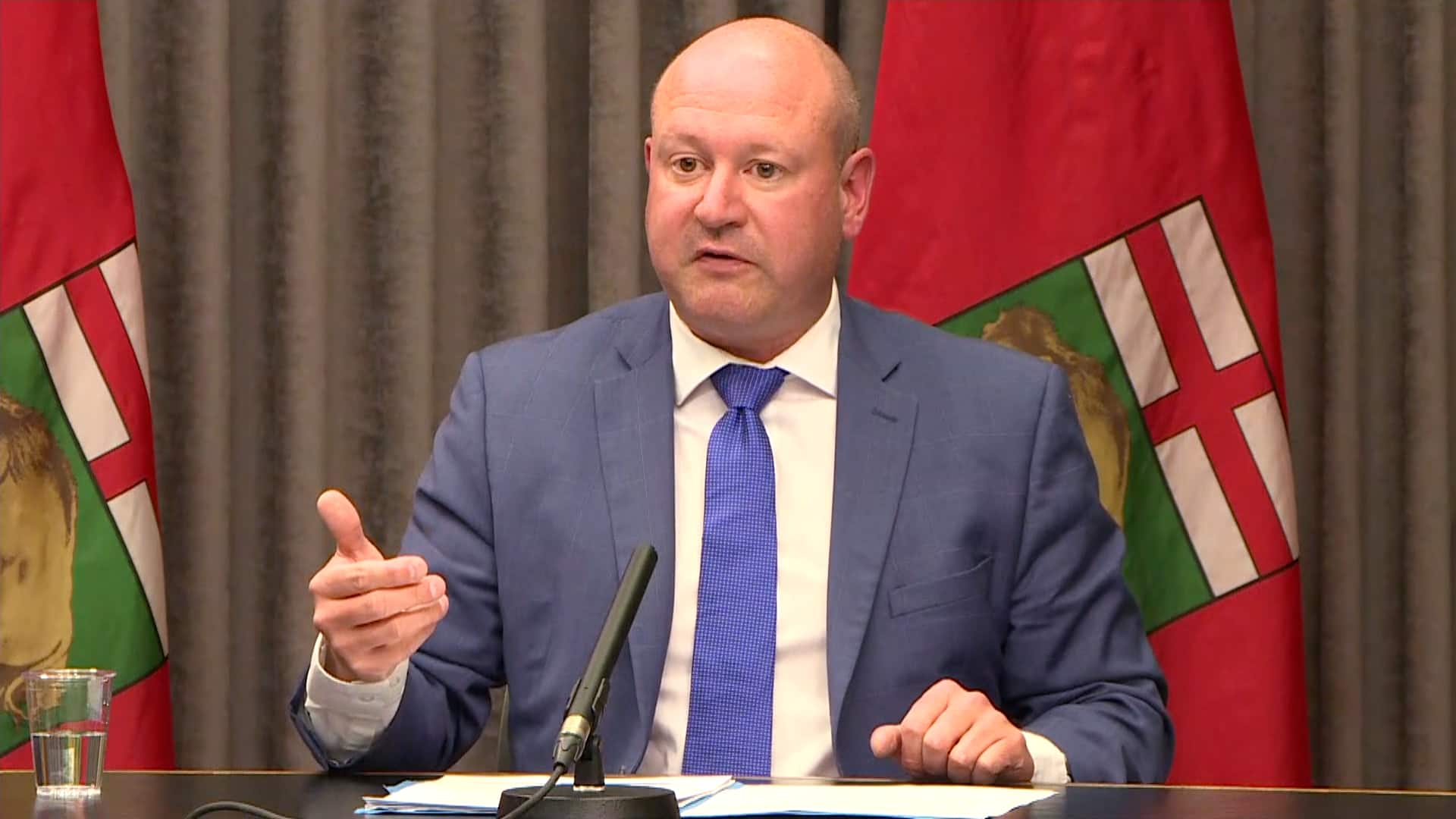 19 days ago
0:29
Liquor won't be sold past 10 p.m. in restaurant and bars beginning Wednesday due to new COVID-19 restrictions in Winnipeg. Among other rules, dine-in service will end at 11 p.m., and at least one patron in each group will have to provide contact information to staff, in the event it's needed for contact tracing. 0:29

The rules were announced one week after the city and 17 surrounding communities were upgraded to the orange, or "restricted," level under the province's pandemic response system.

The changes coming Wednesday also include rules for physical distancing: people from different groups need to be separated by at least two metres or a physical barrier when seated, and need to have enough room to maintain that separation when not at a table, Roussin said.

People will only be allowed to get up to use the washroom, briefly interact with staff when arriving or leaving or use games where they can maintain distancing, like VLTs and arcade games. Games where people can't maintain that separation — like pool and darts — are not allowed, he said.

There will also be a maximum of 10 people per table. People will be assigned a table when they enter, as long as there are enough seats for their whole party, and will not be allowed to move chairs or tables around.

There will be no dancing, buffet-style food, hookah or other water pipes allowed in bars and restaurants in the region, Roussin said. The rules for liquor sales do not apply to retail stores.

The province is also working to come up with a maximum volume level allowed in restaurants and bars in the Winnipeg area.

"We see that loud places means louder talking, closer talking, so [that] just puts a bit [of an] increased risk," Roussin said.

He added that officials are working on coming up with a specific maximum decibel number, which people will be able to measure with free apps on most smartphones.

"We want to be as objective as we can, so people know exactly what they need to do."

While businesses could be fined for violations, Roussin said the province will focus on education before punishment.

"I think that if an inspector came in and it was above the decibel limit, within reason, the advice would be that you're exceeding it and need to put in measures to reduce it," he said.

Roussin said he expects the new rules will be in effect at 6 p.m. Wednesday.

The restrictions will stay as long as the Winnipeg area is at the restricted level, which he previously said would be for at least four weeks — or until Oct. 26 at the earliest.

The restrictions present a challenge for those who rely on late-night sales, said Shaun Jeffrey, executive director of the Manitoba Restaurant and Foodservices Association.

"That takes away a good portion of some operators' [profits]," Jeffrey told CBC's Up to Speed host Faith Fundal.

People like Kevin Monk, co-owner of the Toad in the Hole pub on Osborne Street, will have to come up with creative solutions.

The pub will now open earlier, serve all-day breakfast and dust off an old piano to offer entertainment, Monk said.

"We want people to feel like they're still in a pub, but we've got to be safe," he said.

But for others, the rules could be the difference between staying afloat and going under, said Derek Collins, who is opening a new restaurant in a few weeks in the former Toad in the Hole location across the street.

Collins said he's considering opening the Osborne Taphouse on Oct. 26 for early happy hours, or only for delivery orders — or putting off the opening altogether.

"It's just very frustrating," he said. "Some restaurants and bars were really just making it, being able to open, now you're shutting them down again. How are they going to survive?" 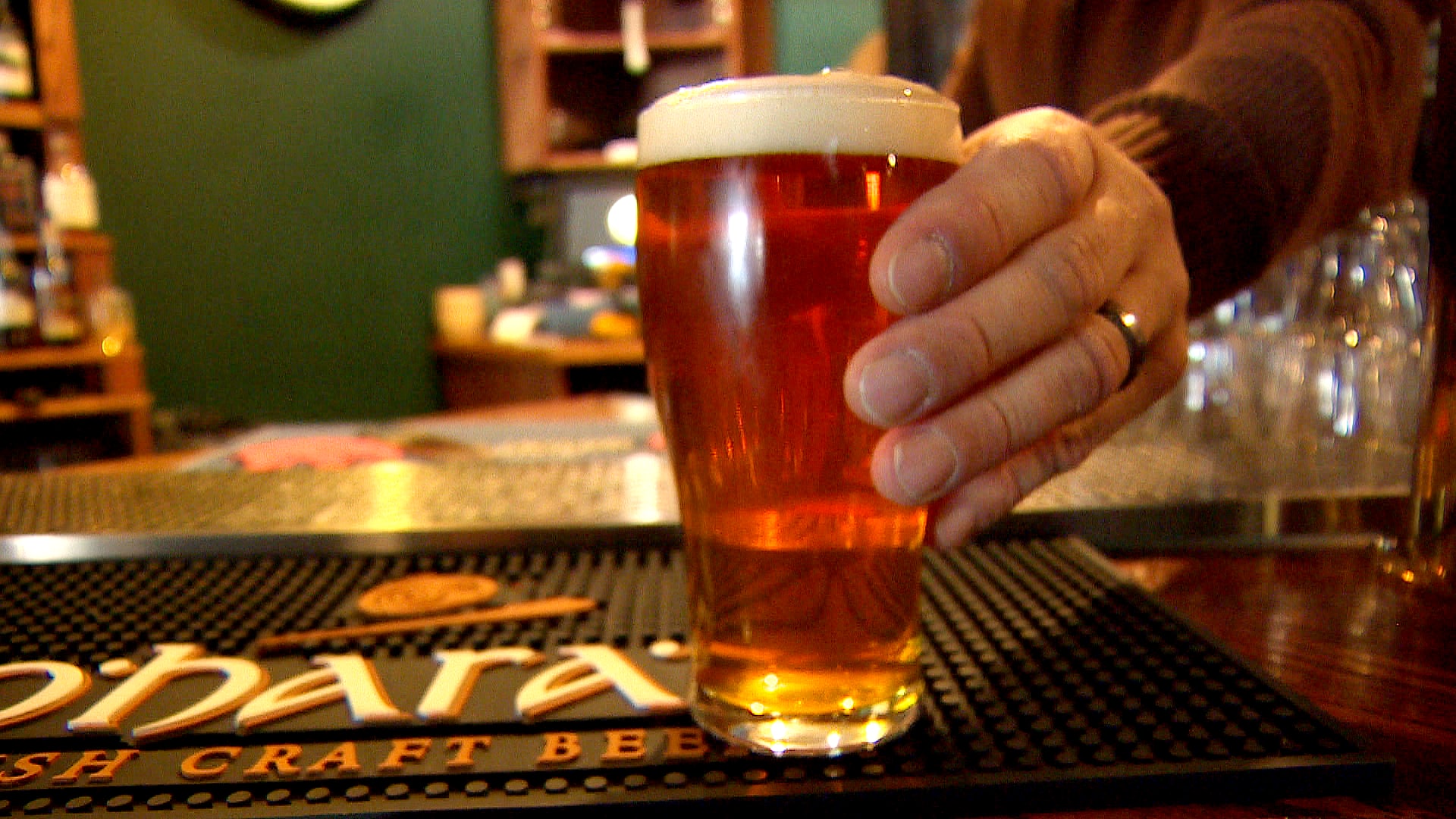 19 days ago
2:04
People going to restaurants and bars in the Winnipeg area will see new rules in effect starting Wednesday evening, including cutoff times for liquor and dine-in service and a requirement to leave contact information with staff. 2:04

With files from Bartley Kives and Margaux Watt