Winnipeg's dream of rapid transit appears to be dead

The City of Winnipeg is no longer planning to build rapid transit corridors that are entirely separate from existing roads, a significant strategic shift with far-reaching implications for the future of city transportation planning.

Winnipeg Transit is still planning rapid bus lines, but they won't be completely separate from roads

The City of Winnipeg is no longer planning to build rapid transit corridors that are entirely separate from existing roads, a significant strategic shift with far-reaching implications for the future of city transportation planning.

For the past 12 years, Winnipeg Transit planners had been working toward a goal of creating a network of six dedicated bus corridors within the city.

Ideally, these would work under the premise that high-frequency buses could be removed entirely from city roads, where they compete for space with personal vehicles, trucks and cyclists.

To date, only one of these corridors has been built. The Southwest Transitway, a separated line that allows buses to travel between downtown and the University of Manitoba's Fort Garry campus, is functionally complete and will open this April.

In order to fully remove buses from traffic, the Southwest Transitway runs through a tunnel under CN Rail lines in Fort Rouge and over new bridges at Pembina Highway, McGillivray Boulevard and Bishop Grandin Boulevard.

These are expensive features that — along with the widening of Pembina Highway at Jubilee Avenue — drove up the cost of completing the Southwest Transitway to $558 million over 12 years.

Engineers may claim that amounts to good value for money, given the bus corridor's sheer number of grade separations, which is how engineers describe any stretch of concrete above or below the ground.

But it may be the last fully separated bus corridor Winnipeg ever builds.

Large projects were once financed with debt

In 2008, when former premier Gary Doer and former mayor Sam Katz signed off on the first phase of the Southwest Transitway, Winnipeg had the ability to use debt to finance major transportation projects.

At the time, the city's overall debt had been whittled down to next to nothing, and it made more sense to borrow and build than to save up money and run the risk of construction inflation running rampant.

Sensing an opportunity, Winnipeg started a slew of major projects that included replacing the Disraeli Freeway and Overpass, extending Chief Peguis Trail from Henderson Highway to Lagimodiere Boulevard, converting the former Canada Post complex into a new police headquarters and building the Southwest Transitway, a project that was initially contemplated in 1976.

The total cost of these four projects alone exceeded $1 billion. Debt financing, through both conventional means and public-private partnerships, paid for a big chunk of the tab.

Today, Winnipeg no longer has room to borrow much money. But it still faces a major infrastructure deficit and the looming need to spend hundreds of millions of dollars on replacements for the Louise Bridge, the Arlington Bridge and the St. James Bridges at Route 90, not to mention the long-delayed widening of Kenaston Boulevard.

No more room to borrow money

Over the last three years, a number of city officials hinted it may no longer be possible to build fully separated bus corridors in Winnipeg.

In urbanist circles, it used to be an orthodox belief that cities could not become more dense — and therefore easier and cheaper to maintain — without these corridors and the higher-density apartments that would, in theory, spring up alongside them.

Winnipeg, it seems, has lost its faith — and not just because of the cash required to build bus corridors. Logistically, there's not a lot of room left to build completely separate busways.

Evidence of the city's new direction emerged on Oct. 25, when Winnipeg Transit unveiled a new vision for rapid transit.

If that date sounds familiar, it's because the federal election took place four days before. No English-language media outlet — including CBC Manitoba — noticed the release of a Winnipeg Transit planning document that shows future bus corridors running along existing roads.

Winnipeg Transit is still exploring the idea of taking buses off a downtown stretch of Main Street and placing them on two lanes of unused, elevated CN track that runs through Union Station. The idea of a central transit node and interconnected rapid transit lines is still part of transit's future plans.

What's gone is a vision for separate busways that extend like tendrils into six corners of the city.

Instead, what's now the Southwest Transitway would be extended into a crescent-shaped rapid bus route that runs along Portage Avenue into St. James.

The new vision still calls for rapid buses to run "on dedicated transit lanes to bypass congestion." Right now, it's not clear precisely how that will work at intersections.

Without bridges, tunnels or elevated tracks (as Chicago has built), buses would require priority signals to cross intersections. It's not clear how quickly they will be able to run during rush hour, when the unencumbered Southwest Transitway can operate just as efficiently as it does any other time of day.

Kevin Sturgeon, a senior Winnipeg Transit planner, said there are different options available to place rapid bus lines along roads, depending where they are in the city.

More detailed plans will be presented in March, he said on Thursday, as a prelude to a broad overhaul of Winnipeg Transit service, which is supposed to be made public in June.

Transit is aiming for more simplicity in its new service plan. That will please Winnipeggers if the service proves to be more efficient.

But one dream that seems to have died is the idea of a rapid-transit network that is completely separated from roads.

Watch: What's next for rapid transit 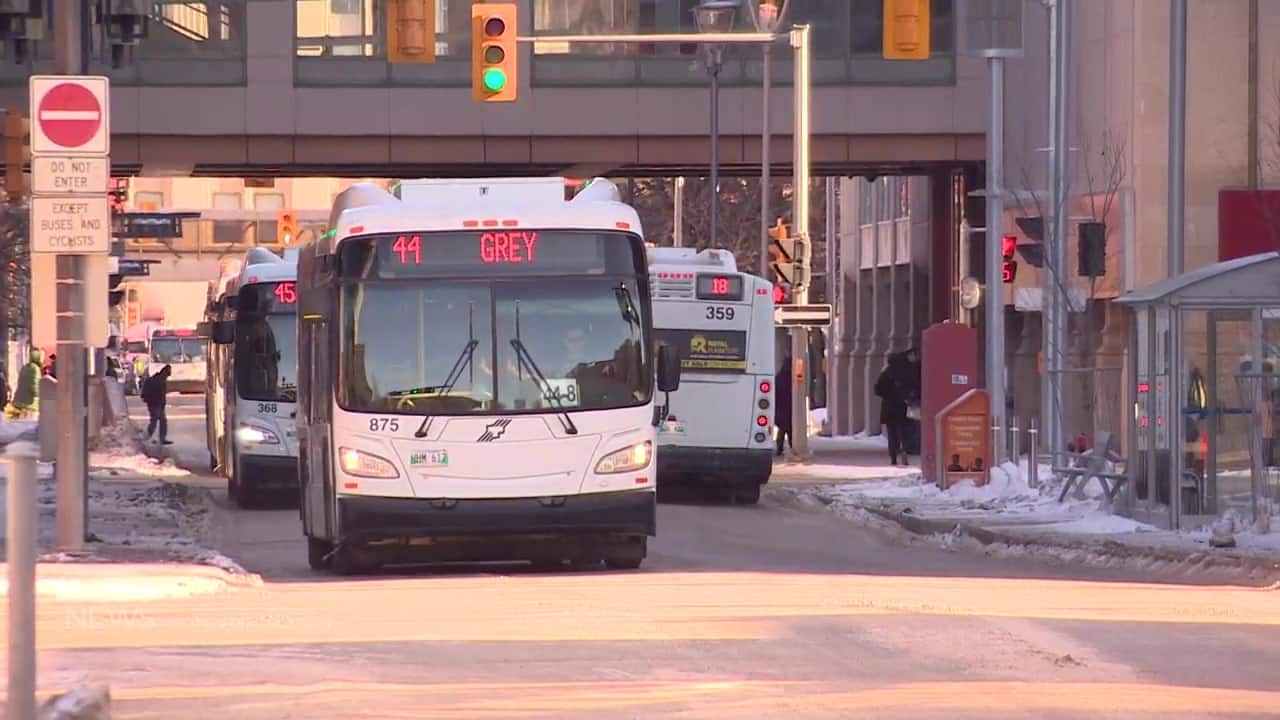 What's next for Winnipeg rapid transit

1 year agoVideo
1:55
The City of Winnipeg is no longer planning to build rapid transit corridors that are entirely separate from existing roads, a significant strategic shift with far-reaching implications for the future of city transportation planning. 1:55