Despite calls from community groups and activists, Winnipeg city council has decided to continue funding for police officers in schools.

Councillor calls for review of program, blasts police for 'working with sense of impunity'

Despite pressure from community organizations and activist groups, Winnipeg's city council has decided to renew a contract with school divisions that puts police officers in schools.

The decision comes with some controversy, and did not have unanimous consent among councillors.

In a very personal submission, Point Douglas Coun. Vivian Santos slammed the police service for "improper policing" and a pattern of systemic racism.

The school resource officer (SRO) program has come under scrutiny, as a focus on policing reform has intensified following deadly incidents involving police in both the United States and Canada, and subsequent public protests.

The Winnipeg Police Service deploys 19 officers to schools, with the service's in-kind support amounting to nearly $3 million over three years, and additional funding coming from the province and the six participating school divisions, according to a report delivered to council Wednesday.

Brian O'Leary, the superintendent of the  Seven Oaks School Division, spoke on behalf of the Metro Superintendents Group in support of continuing the funding.

O'Leary's division has three resource officers working in its schools. He told councillors the officers at his schools rarely, if ever, resort to any type of force with the students, and in fact more commonly de-escalated tense situations.

O'Leary says he was at first a skeptic of the program, but saw the value officers brought to their work in schools. He highlighted the officers' work with online threats and bullying.

The school officers, O'Leary said, have gone to the home of a student who had made threats toward a school or individual students, and worked with the parents, confiscating the computer involved in the incident and ending the threat.

The message from the officers to the school population is "we've got this — you are safe," O'Leary said.

Coun. Santos, along with Couns. Sherri Rollins (Fort Rouge-East Fort Garry) and Cindy Gilroy (Daniel McIntyre) attempted to have the contract decision delayed until a review of the program was undertaken.

Santos accused the Winnipeg Police Service of  "over-policing" with a "structure of power that supports it."

"The fact that the Winnipeg police can work with a sense of impunity … my respect has been eroded," Santos told city council.

Santos was nominated to the Winnipeg Police Board in the spring, but failed to pass a security clearance check.

"I was accosted by the media and the Winnipeg police," Santos said, saying the results of her security check was leaked to the press.

The Police Accountability Coalition — a group made up of approximately 90 community service organizations across Manitoba, which appeared at city hall last week to raise concerns about Winnipeg police — said on Wednesday it wants the city to "immediately end the presence of police units in public schools, colleges, and universities."

Appearing via Zoom, spokesperson Dorota Blumczynska told councillors Wednesday she was personally "deeply concerned" about the presence of officers in schools.

"When there is a police officer in the school, it does not offer every child a sense of safety," Blumczynska said, urging councillors to at least delay the decision and review the value of the program.

Mayor Brian Bowman took pains to point out city council wasn't voting on the "operational merits" of the school resource officer program, but on whether to renew the contract between the city and the school divisions.

Nonetheless, Bowman says he supports programs that "break down barriers."

"What I always appreciate in the community is bridge building," Bowman told reporters during a break from Wednesday's council meeting. "If the [school] divisions want this, I support it."

The contract was passed by a vote of 13-3 with Gilroy, Rollins and Santos voting against it.

A statement issued by the Winnipeg Police Service after the vote thanked citizens for their input.

"In collaboration with school divisions, we will continue to listen to concerns and evaluate how to best deliver a program to Winnipeg schools that serves the needs of all students, families, and staff in the communities they serve," said the statement. 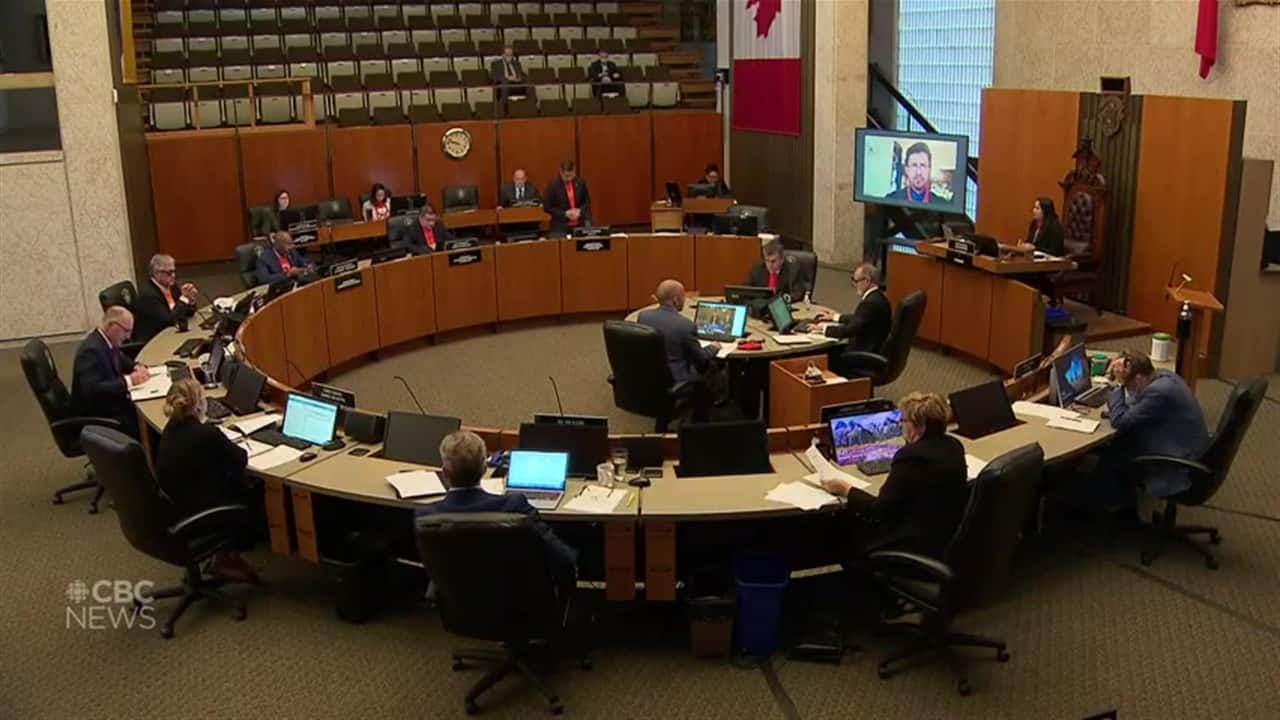 5 months ago
1:45
Despite pressure from community organizations and activist groups, Winnipeg's city council has decided to renew a contract with school divisions that puts police officers in schools. 1:45
CBC's Journalistic Standards and Practices|About CBC News