The Winnipeg Police Service (WPS) is moving ahead with a pilot project that will see a group of officers sporting body-worn cameras. 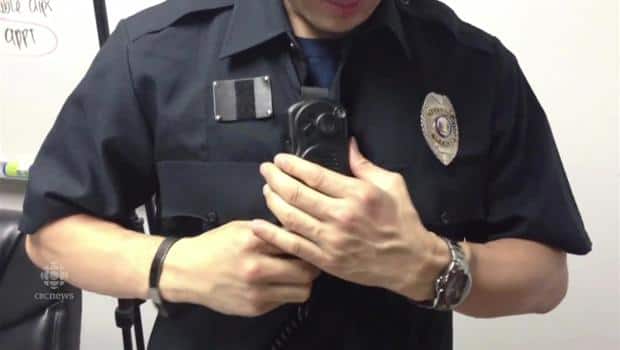 6 years ago
1:42
The Winnipeg Police Service (WPS) is moving ahead with a pilot project that will see a group of officers sporting body-worn cameras. 1:42

The Winnipeg Police Service (WPS) is moving ahead with a pilot project that will see a group of officers sporting body-worn cameras.

Don Norquay, WPS executive director, said Friday at a police board meeting that the pilot project will equip a subsection of the service with cameras. Based on the results of that project, the service will consider the feasibility of arming the entire force.

But many in the WPS have reservations about body-worn camera initiatives.

Winnipeg’s police association said it is concerned about body-worn cameras on officers increasing workload and potentially putting members in danger.

It comes during a week when privacy commissioners across the country have sounded the alarm over privacy issues with the cameras.

“I think our members are busy enough already without having to have those extra responsibilities placed on their shoulders,” said Maurice Sabourin, president of the Winnipeg Police Association.

“How long do you keep that video,” he asked, “Who is going to be the person that downloads that video?  There has to be a policy that is written.”

Sabourin said he worries about officers' identities being revealed on video played in court.

“There are criminals out there who would love nothing more than to know what police officers look like and be able to target them when they are away from work,” he said.

In last year's capital budget, the city said it plans to spend $1 million to equip 800 officers with the cameras in 2017. That money will also go towards storing the data.

The police association’s concerns come during a week when federal, provincial and territorial privacy commissioners warned of “significant risks to privacy” from body-worn cameras.

Holley says there are privacy concerns both for civilians and officers.

Potential to be hacked

Holley also raised concerns about officers being tracked, and hackers trying to access the video.

They warn, for example, that recordings should be encrypted and police should attempt to minimize the recording of innocent bystanders.

The guideline document does point out some of the benefits of the cameras, saying they "are generally used for collecting evidence, and protecting officers against unfounded allegations of misconduct. Another significant argument for [body-worn cameras] is enhancing officer accountability and professionalism."​

The Winnipeg Police Board recommended studying the use of cameras back in 2013, citing pilot projects already done in Victoria, Edmonton and Calgary.

The board said it could help prosecutions and reduce false allegations of police misconduct.

“If you’re using these cameras, it will help discern whether or not it was an issue,” current police board member Ross Eadie said of potential police brutality claims.

Holley said he sent the privacy commissioner’s guidelines to the board this week.