A Manitoba grand chief is raising questions about whether an interaction between Winnipeg police and a group of First Nations men in the city is an example of racial profiling.

A Manitoba grand chief is raising questions about whether an interaction between Winnipeg police and a group of First Nations men in the city is an example of racial profiling.

"How did I feel? Oh my god, you know, I thought I was going to jail," Pelletier told CBC News via Facebook on Friday. "I felt terrified."

Pelletier said he had parked in a nearby garage a short time earlier, and rushed back to his vehicle when he realized he had forgotten his wallet. Within minutes of returning, the officers showed up.

One singled him out, said Pelletier. He said the officer asked him what business he had in the parkade, and then asked him several times for his name.

Pelletier said he asked what he had done wrong.

But the officer "was just getting more and more aggressive," Pelletier said, and told him he wouldn't be arrested, but continued to demand his name.

Pelletier said he told the officer he had parked in the parkade, and eventually he showed the officer his parking stub as proof, hoping that would end the interaction.

You can see how things can quickly spiral: what would have happened to Peter if all of the other people weren't there?- AMC Grand Chief Arlen Dumas

"With all the stuff going on, you know I really feared … I kept picturing myself being shot," he said.

Winnipeg police Const. Rob Carver said this was a case of mistaken identity.

"My understanding is all the parties were satisfied and comfortable with the interaction," Carver said in a statement.

The Assembly of Manitoba Chiefs questioned whether things were sufficiently resolved.

AMC Grand Chief Arlen Dumas was invited in advance to the meeting and showed up out of solidarity. 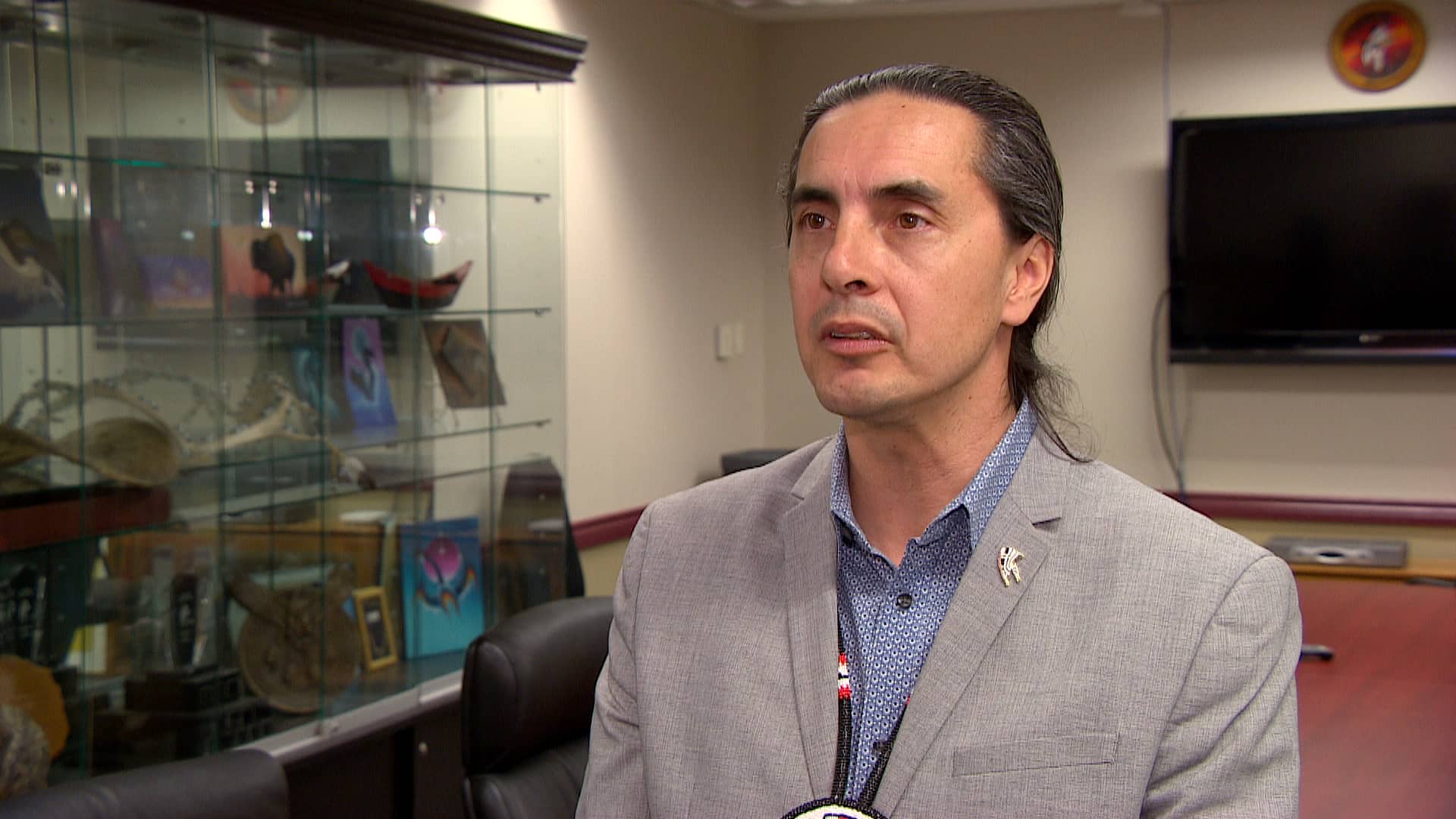 4 months ago
2:14
Assembly of Manitoba Chiefs Grand Chief Arlen Dumas said he isn't pleased with how police interacted with a group of First Nations men outside the Millennium Library on Thursday. 2:14

He arrived as the interaction with police was winding down. Dumas said he saw three officers off to the side, and one "fixated" on Pelletier.

"When I approached, one of the facilitators ran up to me and informed me that they felt that the police officers were harassing and interrogating one of the members," said Dumas.

"That those officers honed in on an individual, I sort of questioned … Is that profiling?" he said.

"And the fact that they were so insistent on asking this individual questions … I find problematic."

Dumas said he asked the officer if there was a problem, and the interaction ended shortly after.

He suggested the situation was more tense than it needed to be. He understands why the men felt scared.

"Four police officers and their bulletproof vests … you know, they're pretty intimidating guys," he said.

He has been in touch with Winnipeg police Chief Danny Smyth about what happened.

Dumas said he thinks these interactions have a connection with some of the broader conversations that are going on around police brutality, and the wave of anti-racism protests following the death of George Floyd at the hands of Minneapolis police.

"You can see how things can quickly spiral: what would have happened to Peter if all of the other people weren't there?" Dumas said.

He recently called for reform in the ranks of the RCMP.

On Friday, he echoed some of his past points and said a fundamental shift in how officers interact with the public is needed.

"I think there needs to be a meaningful desire to sort of change the culture of our police forces."