Winnipeg police say the recent arrests of three people in two separate incidents show a clear connection between drugs and guns in the city.

Winnipeg police say the recent arrests of three people in two separate incidents show a clear connection between drugs and guns in the city.

A 34-year old Winnipeg man faces a series of weapons-related and drug charges after allegedly being found with $27,000 worth of methamphetamine.

And a 17-year-old female and a 31-year-old man are facing multiple weapons-related offences in a separate incident, after police used a stop stick to halt a vehicle leaving the area of a theft and found a loaded rifle inside, the Winnipeg Police Service said Friday.

At approximately 7:00 p.m. on Wednesday, officers made a traffic stop on Garry Street north of Broadway.

They say the driver had a concealed and loaded .22-calibre pistol, more than $1,000 in cash and 55 grams of methamphetamine on him. He also had a backpack, which police said had nearly another kilogram of meth, 69 rounds of ammunition and a scale.

The 34-year-old man was detained at the Winnipeg Remand Centre.

A few hours later, just after midnight on Thursday, police say officers were flagged down by a convenience store employee in the area of Ellice Avenue and Arlington Street, who told them a theft just occurred. Officers say they saw a suspect get into the passenger side of a vehicle, which then fled.

Officers followed the vehicle to the area of Portage Avenue and Erin Street, where the stop stick was used. The car eventually came to a stop on Portage west of Route 90.

Police say they found a loaded .22-calibre rifle in the car between the driver and the passenger, and after searching the driver found other weapons and ammunition. 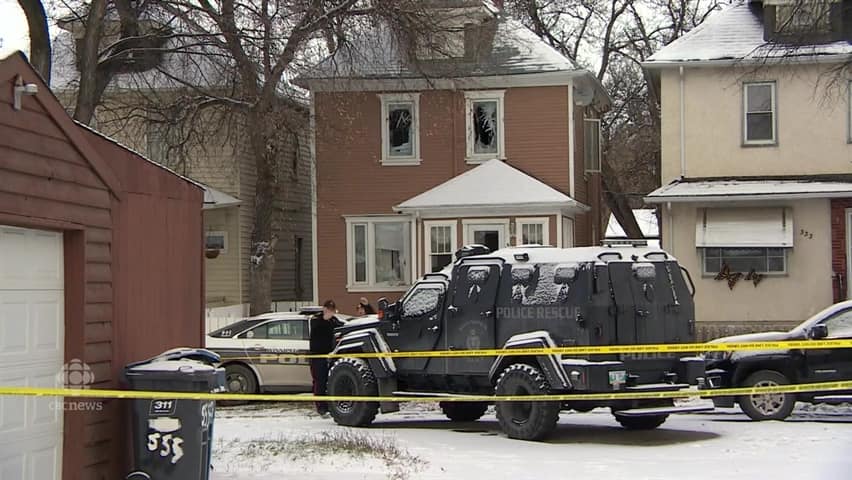 2 years agoVideo
2:22
Winnipeg police say the recent arrests of three people in two separate incidents show a clear connection between drugs and guns in the city. 2:22

The male driver and the female passenger were taken into custody.

There's a clear connection between drugs and guns in Winnipeg, Const. Tammy Skrabek said at a news conference Friday.