Manitoba's police watchdog has charged a Winnipeg police officer in connection with a crash that injured six people last summer.

Manitoba's police watchdog has charged a Winnipeg police officer in connection with a crash that injured six people last summer.

The impact toppled the van onto its driver's side and it slid to a stop just off Salter.

Four occupants inside, as well as two police officers, were taken to hospital where they were treated and released. 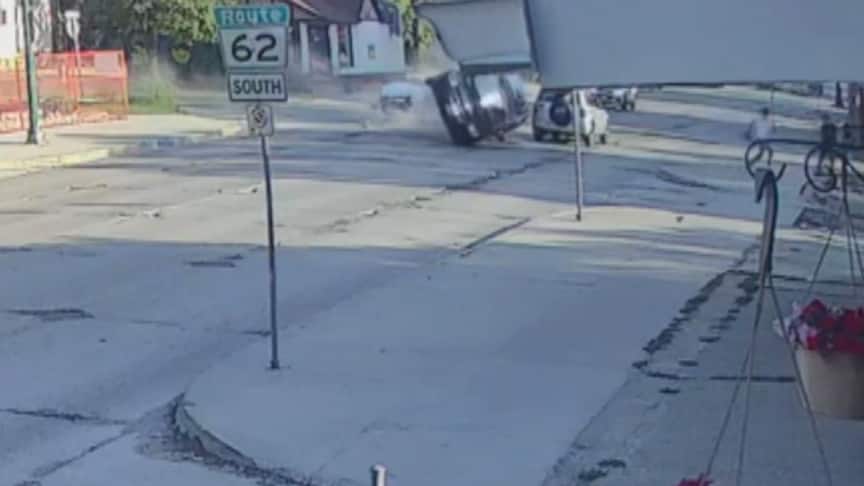 2 years agoVideo
0:23
Leo Fradin provided a video taken from a security camera installed on the side of his house. The video shows a marked car colliding with a van. 0:23

Winnipeg police said at the time that a general patrol unit vehicle was in the area looking into reports of a "suspicious male." A second patrol unit came to help and collided with the minivan while heading west on Aberdeen and crossing into Salter.

Emergency vehicles are allowed to disregard aspects of the Highway Traffic Act when responding to an emergency, though Winnipeg police Const. Rob Carver noted at the time that public safety has to remain a priority.

Police eventually notified the IIU of the crash and the investigation was handed over to them.

Misiewicz-Buzahora is expected to be appear in provincial court on July 6, the IIU said.