A Winnipeg woman is speaking out after she says she was duped and lost her savings to a scam artist after being fooled into believing she had won a large amount of money.

It was the details that tricked Agnes Frechette into thinking it was real. The man on the other end of the phone had the name of the mall she shops at, what she was buying there, her address and her name.

The caller said she had won a large sum of money — $100,000 or maybe even one million, Frechette can't remember for sure.

"He was very nice on the phone, and I'm alone, and I thought 'gee I might as well listen to this guy instead of crying,'" Frechette said.

Frechette, 72, lives alone in Transcona. Her husband died more than a decade ago and she was feeling the winter blues when she got the call that sounded so good.

"I was excited and I thought 'wow would that be great I could pay all the mortgages and my kids and mine here too." The caller said she had won some lottery from a draw at Kildonan Place.

You find yourself getting weaker every day and you don't want to tell anybody because it's so so embarrassing.- F rechette

She later found out was that it was a lie and there were no lottery winnings — but not until she had given them all her savings, about $6,000.

The scam worked like this: a man would call her repeatedly about her supposed win but before she could get any proceeds she was directed to send cash $1,000 or $2,000 at a time through MoneyGram or Western Union at the nearest Walmart where the cash would then be wired to Jamaica.

The man who called would phone every morning at 8 a.m. and asked if she wanted cameras sent to her house to capture her celebration of the big win. She declined but the man kept calling and said she had to work for him before she got her winnings. "He got very vicious after a while."

"You find yourself getting weaker every day and you don't want to tell anybody because it's so, so embarrassing," she said.

Frechette complied and came up with a cover story so her large withdrawals wouldn't raise red flags at the bank — she told the teller she needed the money for car repairs.

"You don't want anybody to know how stupid this thing is going," Frechette said. She also came up with a cover story in case she was asked about the large transfer at the store and said she made small talk with the employees working.

"Every time I went to the Walmart I would go hide in the washroom cause my body was shaking so bad I could not have done that the way that I was. I was a basket case."

Frechette said the calls continued until the end of January when she ran out of money and realized she had been duped.

She said she felt compelled to keep sending money because of continuing sophisticated threats. On one occasion, she said a man showed up at her door with a pizza asking for $75.

She had gotten a call from the scammer saying she should take the pizza and keep it in her fridge because it was for two of his associates who were coming for her. 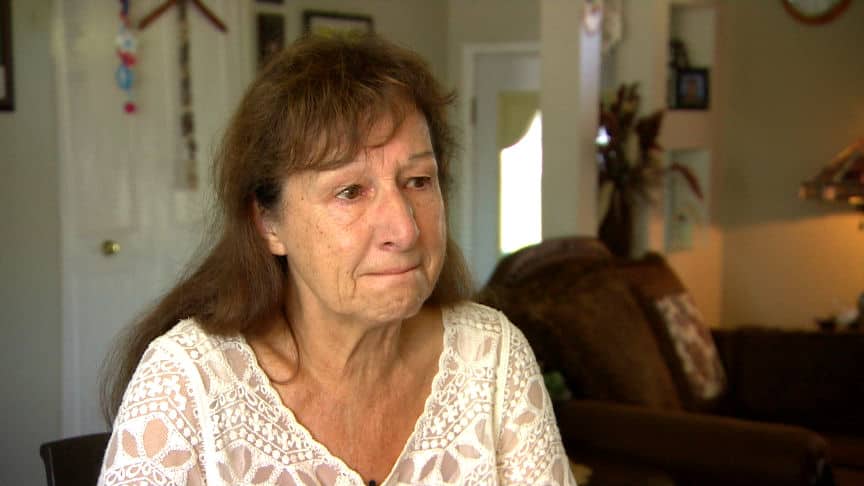 2 years agoVideo
0:44
Agnes Frechette lost her savings to a fraudster who convinced her she'd won a large cash prize. She said the scammer kept her busy, sending her out of her Winnipeg house several times a day demanding she transfer more money before she finally caught on. 0:44

She said on another occasion a car was outside her house revving the engine — also sent by the scammer. Frechette didn't know what to do fearing for her safety and feeling ashamed. "I felt I better listen to him or I might not be here tomorrow."

The Winnipeg Police Service didn't have a detective from its financial crimes unit available for an interview Monday.

In an email, spokesperson Const. Tammy Skrabek said so far to her knowledge no arrests have been made in the case, which Winnipeg police have forwarded to their colleagues in Mississauga, Ont.

Peel Police Const. Danny Marttini said no arrests have been made and the force is investigating information it has received.

Wanda Morris said seniors are generally embarrassed and ashamed when they are victims of fraud because there is an added stigma that comes with their age.

"Seniors are concerned about conforming to that stereotype," she said adding pensions often make seniors an easy target for scammers.

Frechette is sharing her story with the hope that no one else in the city will fall victim to the same scam. "If you never bought a ticket don't answer the phone," she warned. 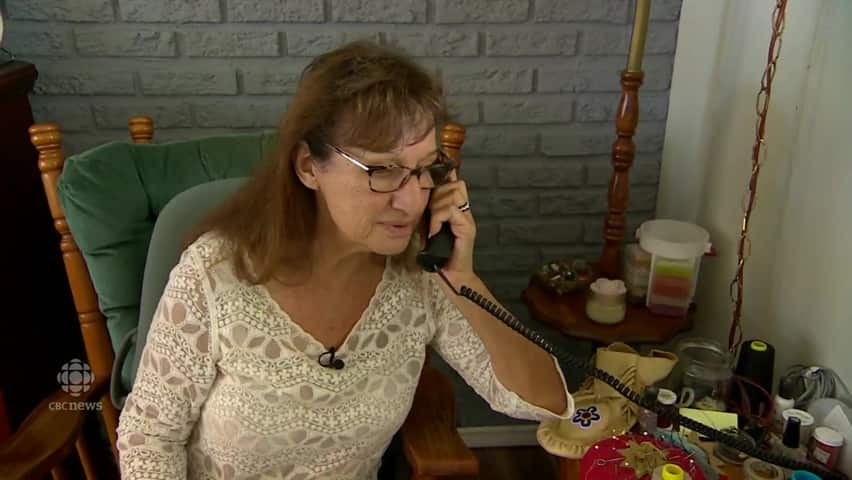 Agnes Frechette lost about $6,000 to a phone scam

2 years agoVideo
1:40
A Winnipeg woman is speaking out after she says she was fooled into believing she had won a large amount of money and instead lost her savings. 1:40

With files from Radio-Canada's Camille Roy