Only seven of 19 scheduled health-care aides were present at the Maples Long Term Care Home after 7:30 on Friday night, the Winnipeg Regional Health Authority confirmed — despite earlier information provided by the for-profit company that owns the home that the shift was close to fully staffed during a crisis that saw eight people die in 48 hours.

The company that owns Maples Long Term Care Home provided "less than accurate" information to the Winnipeg Regional Health Authority about staffing on Friday, when paramedics were called to deal with a dozen rapidly deteriorating residents, the health authority's president said Monday.

Vickie Kaminski, president of the WRHA, said Monday she had to "correct the record" after officials from the health authority and Revera — the for-profit company that owns Maples — told the public in a Saturday news conference that the home was close to fully staffed that night.

Instead, only seven of 19 scheduled health-care aides were present for a period of time during the evening shift after 7:30 p.m. on Friday at the Maples home, Kaminski said.

"What I'm saying to families is, we've let you down," Kaminski said during a news conference Monday.

"We accepted and transmitted incorrect information, and we are here to assure you that we're going to do it differently — that we will be on site, we will be there to make sure that what we are hearing is correct, and we will correct situations where they exist."

Maples is the site of Manitoba's largest COVID-19 outbreak at a personal care home. In less than two weeks, 22 people at the home have died — including eight people who died in a period of 48 hours leading up to Saturday evening, officials said.

Multiple ambulances were called to the home Friday evening, when several residents began deteriorating rapidly. By the time paramedics arrived, two people had already died. Three were taken to hospital, including one in critical condition.

Health officials initially said 13 of 15 health aides were on staff that night, based on information from Revera's regional vice-president, Kaminski said.

But after representatives from the Canadian Union of Public Employees publicly disputed that claim, Kaminski said she pressed for more detail Monday morning, and learned that 12 of the 19 health-care aides scheduled to work from 3:30 p.m. to 11:30 p.m. were not present on Friday.

Four people were unable to come to work because they were self-isolating, and a further eight people called in sick, Kaminski said. Some health-care aides from earlier in the day agreed to stay late to help out, but all daytime workers left by 7:30 p.m. 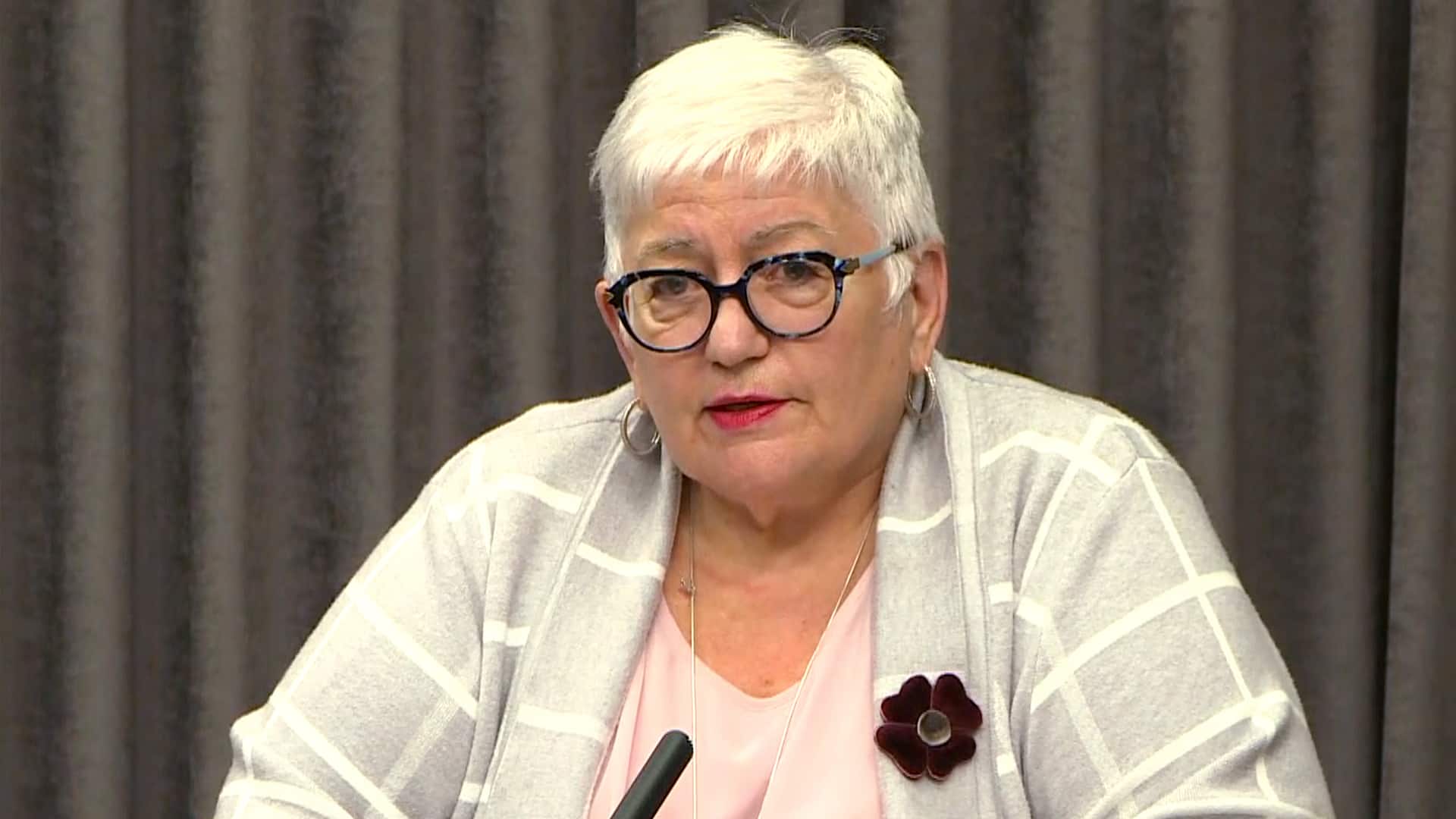 WRHA says it was given 'less than accurate' information about Maples

When asked if she believed she was deliberately misled, Kaminski said the WRHA is still in the process of determining what happened. Kaminski said it appears the information was "pulled together very quickly," and that there were "assumptions made" that were not correct.

"I would suggest that this less than fulsome disclosure on [Revera's] part has certainly put a strain on our relationship," Kaminski said.

"I'm going to be following up with Revera and we will be seeking clarification as to what they knew and when they knew it, and why the information that they provided to us was less than accurate, and we will certainly be speaking with Revera about our expectations on a go-forward basis."

Wendy Gilmour, senior vice president of Revera, said in a statement late Monday the inaccurate information was provided unintentionally, through a miscalculation by vice-president of operations Jason Chester.

In a four-page statement, Gilmour said Chester used staffing plan sheets to gather the number of hours worked — 104 — and then reported the hours as full-equivalent aides on staff, to arrive at 13 health-care aides.

"Although the disclosure of inaccurate information was not deliberate, it was significant and we truly regret that it has strained the positive relationship that Revera has had with the WRHA," the statement says.

"We also deeply regret that we may have appeared to have intended to mislead the people of Manitoba, and the families of our residents, which was not the case. There is no excuse for inaccurate disclosure, and we will be putting processes in place to ensure that this kind of mistake does not happen again."

The company said the number of nurses it initially reported was also inaccurate. On Saturday, health officials said seven nurses were on-site Friday evening. But on Monday, Revera said two of the seven scheduled nurses had called in sick.

Three day-shift nurses stayed late to help out and worked a total of 16 hours of over-time, Revera said in the statement Monday.

"Mr. Chester apologizes profusely for the inaccuracy of his calculations and the resulting misreporting of this data at the media conference with the WRHA," the statement says. "He did not endeavour to mislead and regrets the perception that he was purposefully inaccurate in his disclosure."

Gina Trinidad, chief health operations officer for the WRHA, said she was at Maples at 12:30 a.m. on Saturday, and had an opportunity to see residents in their rooms. At the time, she didn't see evidence of understaffing, although that may have been because additional workers showed up for the night shift, Kaminksi said Monday.

WRHA to send staff into home

Starting Tuesday, the WRHA will send a staff member to Maples to be on site every day going forward, Kaminski said. The health authority has seconded Kathleen Klaasen, chief nurse executive at Deer Lodge Centre, for the role.

"Part of the reason for having someone on site at ... some of their facilities will be to verify any information before we accept it," she said. 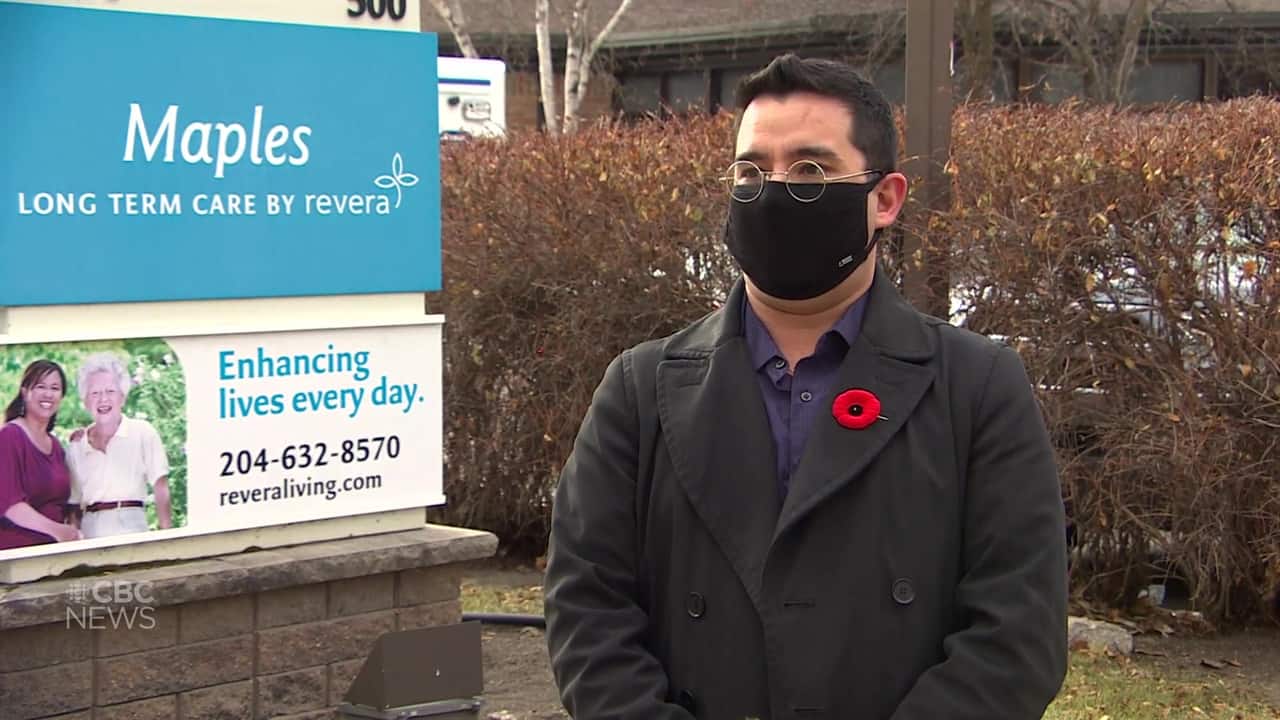 2 months agoVideo
2:30
Alvin Cadonic has two relatives at Maples Long Term Care Home which is battling the biggest COVID-19 outbreak. He worries about their safety. 2:30

The health authority has asked three additional staff members to join a team to monitor all personal care homes facing COVID-19, she said, on a daily, weekly or monthly basis. They're hoping to add physicians and nurse practitioners to that team in the future, and are working to finalize details within the next 48 hours, she said.

Kaminski said she encouraged anyone who sees the WRHA reporting information they know to be inaccurate to come forward. Asked if she would grant immunity from workplace consequences to workers who come forward with complaints, she said the WRHA is "not in the habit of muzzling staff," provided they don't violate privacy law or human resources rules.

'Run Revera out of town': NDP

On Sunday Manitoba Health Minister Cameron Friesen called an independent investigation into Maples care home, and a rapid response team was sent to the home on Saturday evening.

The Canadian Red Cross is also set to deploy 20 workers to the care home starting on Friday.

Friesen said in written statement Monday he was "deeply troubled" by the inaccurate information.

"This raises additional questions that demand answers," Friesen said in the statement, after being asked if he still had confidence in Revera's ability to manage care homes in the province.

"On Saturday following the situation, I instructed the WRHA to immediately enhance their monitoring of this operator. As a result of that increased level of scrutiny, this new information emerged. I have already committed to an investigation into this matter, because Manitobans deserve to know."

A spokesperson for the union that represents some workers at the care home said she supports the plans outlined by the WRHA on Monday, but more needs to be done there and in other homes across the province.

"The government need to get more proactive and not reactive," said Shannon McAteer, health-care coordinator for CUPE in Manitoba. "People are dying, and we need to get things in order and … protections put in place for both the residents and the staff."

"I don't know if it's being too alarmist, but I feel like we should gather our pitchforks and our torches and run Revera out of town," he said.

"I cannot believe that this company — that is in charge of caring for the most vulnerable in our province — not only let so many people down, and let people die in their facility, but then they then had the temerity to come out and lie about it, and try and engage in a cover-up in front of the entire population of Manitoba."

Read the full statement from Revera below. On mobile and can't see it? Read it online here.

With files from Joanne Levasseur