A Winnipeg parent got the shock of a lifetime when she arrived to pick up her child from a home daycare and found there were no adults in the house.

Winnipeg police lay charges against woman, 33, after six children found alone for over an hour 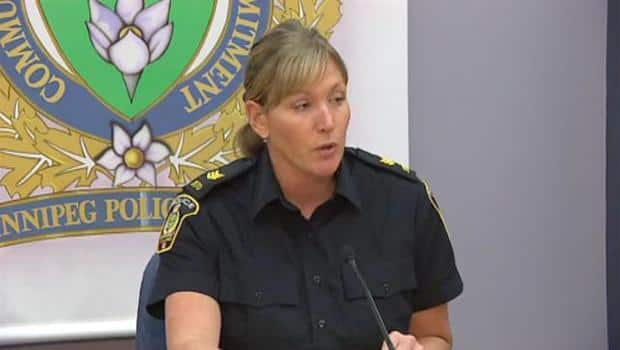 7 years ago
1:52
A Winnipeg parent got the shock of a lifetime when she arrived to pick up her child from a home daycare and found there were no adults in the house. 1:52

A Winnipeg parent got the shock of a lifetime when she arrived to pick up her child from a home daycare and found there were no adults in the house.

Winnipeg police said they got a call from a concerned parent around 2 p.m. Tuesday saying they believed a number of children were left unattended in a St. Vital home.

Det.-Sgt. Natalie Aitken said a parent knocked on the door to retrieve her child but no one answered. She then called police.

When officers arrived to the site they determined no one was home and gained entry into the house.

Once inside, they found six children between one and five years old. The children were believed to be alone for a minimum of one hour but were in good health when officers located them, police said.

"Obviously these children were known to this individual — that was their caregiver," said Aitken.

"I think given the situation and just the ages of the children … that basically went to the elements of this offence and these charges being warranted."

Police said all families that were receiving child care from the centre have been notified, and the unlicensed centre is no longer operational.

If the woman is convicted, she could face up to five years in jail.

The province doesn’t require home daycares to have a license if they are providing care for up to four children, with no more than two children under the age of two. That includes the caregiver’s own children.

Pat Wege is the executive director of the Manitoba Child Care Association. She said not enough has been done to crack down on unlicensed centres.

"If you want to catch even one fish, you need a license, but you are allowed to care for up to four children including your own without any license at all!" said Wege.

Wege said there are currently thousand of unlicensed child care centres in the province because there are so few licensed facilities.

In Canada, it’s estimated only 20 per cent of Canadian children have access to licensed child care spaces. That leaves millions in unregulated care.

There are currently more than 10,000 children waiting for licensed care in Manitoba. Wege said as a result, parents are forced to use unlicensed care.

"They don’t have a choice. They take what they can find, and it isn’t always a good choice," said Wege.

Valerie Comack runs a licensed child care centre out of her home and has done so for over 30 years. She said she was shocked to hear about the charges.

"I would be terrified for those parents -- absolutely terrified," said Comack.

Comack said parents who use unlicensed facilities must ask questions.

"Drop in at different hours of the day... to make sure what you think is going on with your child is going on," said Comack.