Winnipeg paramedics are waiting longer than ever in emergency rooms to offload patients, and that is costing health officials more money in penalties, CBC News has learned. 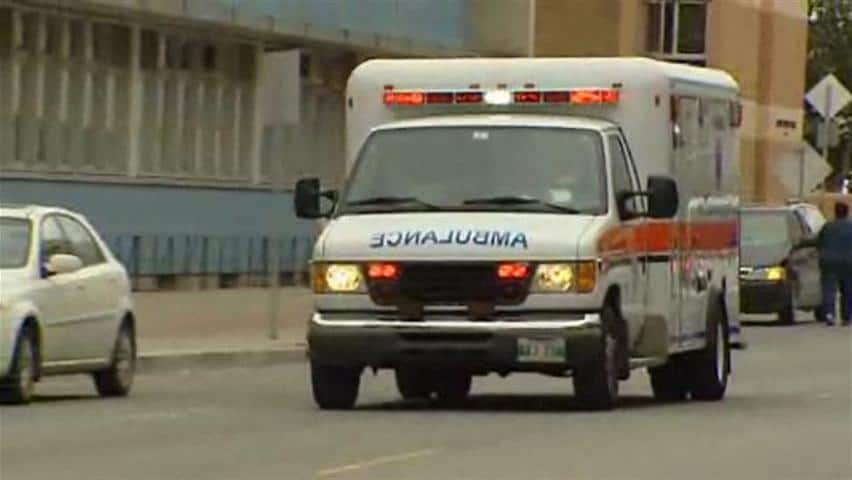 9 years ago
2:12
Winnipeg paramedics wait longer than ever in emergency rooms to offload patients, and that is costing health officials more money in penalties. 2:12

Winnipeg paramedics are waiting longer than ever in emergency rooms to offload patients, and that is costing health officials more money in penalties, CBC News has learned.

Last year, the Winnipeg Fire Paramedic Service began charging the Winnipeg Regional Health Authority (WRHA) a penalty fee of $113 for every hour paramedics have to wait with their patients in emergency rooms beyond an allotted time.

That allotted time started out as 90 minutes when the penalty came into effect in April 2011, then it dropped to 60 minutes later that year.

In the first six months of this year, the WRHA has paid the city $786,003.64 and paramedics have spent a total of approximately 6,892 hours, beyond the 60 minutes allotted, waiting to offload patients.

"We've had cases where paramedics have waited their entire shift at the hospital," said Chris Broughton, a local paramedic.

Broughton said paramedics have spent too much time having to wait in emergency rooms instead of caring for people in the community, and the penalties were supposed to change that.

'Something has to change soon'

"Something has to change soon, because the paramedic units need to be available to respond to the community," Schmidt said.

"This is a problem that we really need to find a solution to quickly."

Schmidt said the average wait time for paramedics last year was 64 minutes, while the average time this month has been 74 minutes.

The allotted wait time was supposed to drop to 30 minutes by April of this year, but both Schmidt and Broughton said there's no way that could happen with current delay times being what they are.

"My biggest fear is is for the patients — everything from some of the kind of indignities that they face while waiting in a hallway for care, to the concerns that we have about running out of ambulances on a regular basis," Broughton said.

But Real Cloutier, the WRHA's chief operating officer, said the problem is too complex to be fixed just with a fee.

Cloutier said paramedics aren't just waiting in emergency rooms — they are making sure patients are being cared for until hospital staff can take over.

"I think the simplistic way to deal with it is to say, 'We're going to charge you for every hour that you exceed a certain threshold.' But that doesn't fix the problem," he told CBC News on Tuesday.

In a statement issued earlier Tuesday, the WRHA said the issue of ambulance wait times is not unique to Winnipeg, and officials continue to work with the Winnipeg Fire Paramedic Service to try and resolve it.

The WRHA said the billing model was suggested and supported by both agencies.

The health authority said there was a meeting earlier this summer to discuss the problem, and another meeting will take place this fall to determine the next steps.

Cloutier said emergency rooms are taxed, but more is being done to divert patients who do not require urgent care to other health-care facilities.

"Staff have to prioritize day in, day out who they got to look after first, and they make those decisions and we trust they make the right decisions," he said.

With files from the CBC's Meaghan Ketcheson