A University of Winnipeg religion professor says attacks on a West End business selling alternative spirituality products should be considered hate crimes, judging by the owner's account of events.

A University of Winnipeg religion professor says attacks on a West End business selling alternative spirituality products should be considered hate crimes, judging by the owner's account of events.

Dominique Smith, a self-identified witch, says her store, Elemental Book & Curiosity Shop, has been spit and urinated on, broken into and had its windows smashed over the past six years, and she wants to see police investigate the latest incident as a hate crime.

According to the Winnipeg Police Service, a hate crime involving property would require the commission of the mischief to be based on bias, prejudice or hate based on religion, race, colour or national or ethnic origin.

On Wednesday, a spokesperson for the Winnipeg Police Service said it would be premature to label the incident a hate crime before the investigation is complete.

However, a spokesperson also said in an email that "witchcraft is not covered under religion." 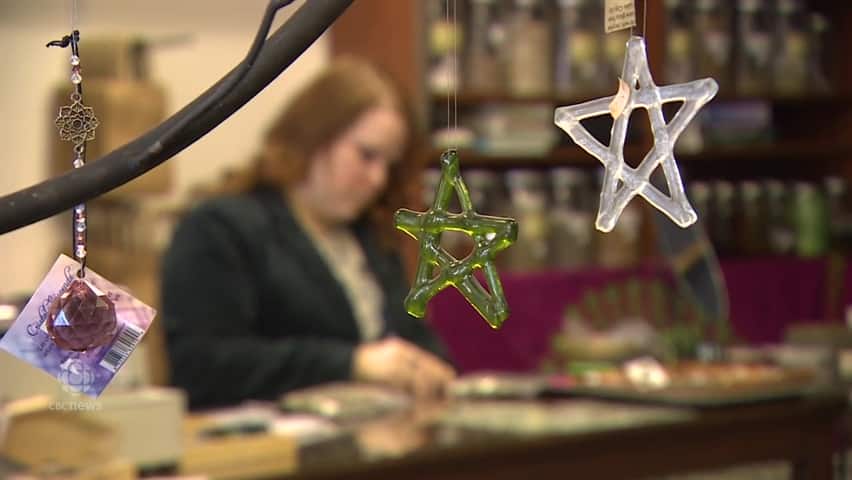 Jane Barter, an associate professor of religion and culture at the U of W, said she was surprised by that statement.

While Smith said she considers witchcraft a practice rather than a religion, Barter said there's a lot of diversity amongst those who identify as witches, and witchcraft itself can fall into the category of religion.

"You know, [sociologist] Émile Durkheim, for example, calls religion a system of beliefs and practices that are related to sacred things, and it involves a moral community," Barter said in a Wednesday interview on CBC Manitoba's Up to Speed.

In the interview, Barter was referring specifically to Wicca, a branch of paganism linked to witchcraft. On Thursday, Barter clarified that definition applies to witchcraft as well.

Smith's shop caters to a wider pagan audience, including Wicca, although she doesn't identify personally as Wiccan.

"I'm not an expert in the legal definition of a hate crime, and I'm not entirely aware of the degree to which this has been intentionally targeted toward this store," Barter said Wednesday.

"However, were that the case, were it intentionally targeted because it is a Wiccan store or a neo-pagan store, then absolutely it is a hate crime."

"Essentially, a person's religious belief must be 'a deeply and sincerely held belief' that is part of their fundamental belief system," he said.

"This captures many religious or spiritual beliefs and belief systems that fall outside of the monotheistic or organized religions the public is most familiar with."

For communities targeted by acts of hatred, Daniel Koren of B'nai Brith Canada says it's of "utmost importance" to see their experiences recognized as hate crimes.

"When we're not, you know — I feel it makes the members of these communities feel that our lawmakers and our government here in Canada isn't taking us seriously and isn't taking these crimes against us seriously," he said.

With files from CBC's Janice Grant